Hi there!
Welcome back fellow readers!
It's time for post number three in relation to the Wicked Lovely reading challenge currently running here at Satisfaction for Insatiable Readers.  Yes, that's right!  Three down....one to go (and may I say it's going along swimmingly)!  My deadline is in sight so with any luck I should have no problem accomplishing this last task just in time to announce the winning entry in the Radiant Shadows contest.  What's that?  You haven't entered to win?  Tisk, tisk.  Well, if you would still like a chance, just check out the right hand sidebar for more details....in the mean time, on with the show!

For those of you that have not read the series at this time, there is the chance that the following contains a few slight spoilers.  I tried to keep them at a minimum but be forewarned.  Ahem...now on to the fun!  The focus of today's post is of course on book number three in the series I am currently reading my way through...and it's a doozy to say the least.  May I present, the book choice for today.... 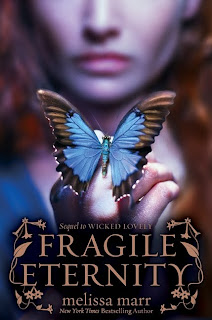 Fragile Eternity
by
Melissa Marr
A war is brewing in the land of Faerie or rather Bananach the War faery is gunning for a war to be started. Sooner or later she assures, the blood will fall on more than the battlefields of her illusions and when it does, her reign shall begin. What is the war over you may ask? When dealing with the four courts of Faerie, almost anything is possible.

It could be the unfinished business between the Summer King and Winter Queen (Donia, former wanna-be Summer Queen turned Winter Girl, now turned Winter Queen with a tendency to violent outbursts of the usual "cold shoulder" when hindered....if you haven't read the preceding books, I suggest thee read them now...) or perhaps the unspoken love between him and his recently found Summer Queen (Aislinn...mortal turned faery...a Queen no less, yet still holding on to her mortal ties...stubbornly, but love is blind). Maybe it's the discord between the Dark Court's new leader, Niall (former Dark Court faery turned Summer Court guard, now Dark Court leader) and the Summer King for letting his mortal love slip away. Then again....maybe it only partially has to do with the faery world. 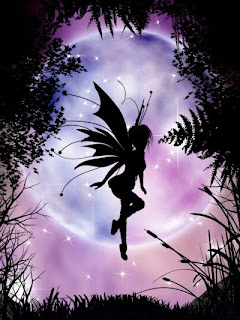 Perhaps the threat of war hinges on the decisions of someone outside of Faerie...someone that "walks between the courts", can whisper in one ear, turn the head of another and be defended as a brother to the death by a third still. Someone that seeks to keep constant company with the Summer Queen, be there to hold her hand in times of light and darkness...yet currently lacks the strength physically to do so. Someone like her mortal boyfriend Seth that would do anything to stay by the side of the one he loves.....ANYTHING. Ladies and gents, we are about to find out the true extent of that love and devotion....which might just leave our Summer Queen with one unanswered question....to whom does her heart truly belong? (dun...dun....dun......) 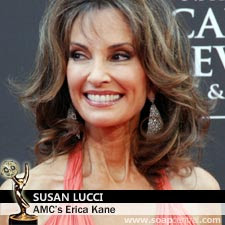 The time has come, the time has come! The big decision looms in the air before us like a tangible dream....will Seth stay with Aislinn? Will Aislinn turn to Keenan seeking the forever love promised by their courtly union? (Will Erica Kane finally get that Osc.....wait a minute, I believe I got off track there for a sec...) If it sounds a bit like a soap opera, well it does tend that way plot wise in some areas of this book, but only in the best ways, I assure you. The pressures are there, the tension mounts, and BOOM! Fireworks galore...sort of. We find our young (some younger than others being mortal and all) friends in something of a potential love triangle or rather square, once again. Keenan loves Donia, but would also gladly forsake her for Aislinn's love if only she would consent. Aislinn loves Seth but feels an intense draw to Keenan. Donia loves Keenan but will not stand for only having part of his heart while Aislinn holds the rest. Seth loves Aislinn but feels her slipping away more and more everyday. What's a girl, or for that matter a guy, to do? Well, speaking from a reader's point of view...get lost in the magic of it all! 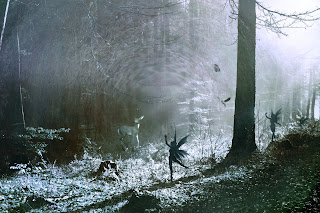 From the threat of war lurking in the shadows, to the tedious balance of darkness and light held by the slimmest threads of friendship, this latest installment of the Wicked Lovely series delivers everything the reader has come to expect and then some (since we know there is more to come....YAY!). Characters we were introduced to in Ink Exchange are fleshed out and given much more substance while new players are introduced seemlessly among the familiar faces. Bananach, Sorcha, and Devlin, for example. are three pieces of the same puzzle, each one connected to the other in ways you could hardly fathom (nope...too big a spoiler...not telling). Gabriel and the Hounds that serve the Dark Court.....responsible for provoking the feelings of fear and terror the court feeds upon but is also a....father? (Of whom....not telling...) Let's not forget about Aislinn's Grandma....you remember, her feisty loving caretaker we met in the first book? She comes to light her once again here and also sheds some light on Moira, Aislinn's mother, a story I'm certain many are curious about (I know I was). 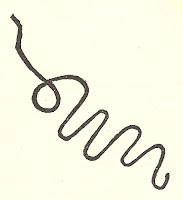 The possibilities are endless and so are the plot twists and turns....guess the ending? Pishaw! Even if you could, why would you want to? The ride to get there is just to delicious to miss! Recommended reading for mid-teens to adults....once again due to the darker and sometimes suggestive themes, but there is nothing worse than any of the other installments....if you've read them and were A-OK, this one will suit you fine.


Special thanks to Nayuleska at Nayu's Reading Corner for winging this title my way! (THANKS!) It came just in the nick of time for this particular reading challenge....and now on to book four (or rather to finish book four....hehe). Once again, if you are a fan of this series or just making your way through it, you only have a few days left to enter to win a copy of the latest installment of this fantastical series, Radiant Shadows. Check the right sidebar for details....contest ends 05/15/10.

COMMENT CREATOR
If you've read the books, you know a bit about the characters by now. If you had to pick one suitor, one match, for Aislinn to be with for all time, WHO would you pick and WHY? The comments are open as always....

hey! I have an award waiting for you at sweethappyending.blogspot.com
have a nice day 8D

You go, girl! Three down, one to go - you really have me intrigued about this series - thanks for sharing your as always wonderful reviews.

Flo: Thanks Flo! Stopped by your site...looks great...and of course I am now proudly displaying my awards. ^_^ Happy reading!

Tribute Books: *SMILE* Thanks for the cheering! Still working my way through book 4, but LOVING it! Highly recommend trying the series if you haven't. (And thanks for your kind words! Definitely brought a smile to my face.)

You're almost there! Wohoo! Keep up the great work and fabulous reviews! I'm really going to have to read these...and I love the Erica Kane reference by the way! LOL.

I need to try this series :)

I with JuJu I am alas behind on this one, Maybe I will do my own challenge with this series and use your idea :P

the1stdaughter: LOL. I wasn wondering if anyone would get the reference. ^_^ Yes, I'm almost there, but time is winding down....must read!

CleverlyInked: Yes, yes you do as well! Definitely feel free to use the idea...it's a great series...