Hi there!
Welcome back to Satisfaction for Insatiable Readers…one of a few (presumably) online outlets where you can safely say I slipped into madness without actually ending up in the loony bin.  *-*

(Yes, I did borrow a line from Alice in Wonderland [well, most of one anyway] but it seemed like a good fit....as did the use of the creepier version of the Cheshire Cat.  How so?  You're about to find out.)

Today’s guest post is a prime example of not only that but of how Fiction mirrors reality and via versa…but on the scarier harsh reality side of things.  (WARNING:  Not for the little ones due to the dark story line and some adult content….but for those that a nightlight is no longer a requirement…well, usually…keep reading!)  Yes my friends, today we’re playing host to a guest post from “mad” author Kevin Anthony (say hello everyone…) as we take a closer look at his urban fantasy series…or rather what makes it tick.  If you haven’t yet heard of this series, here’s a peek at book one… 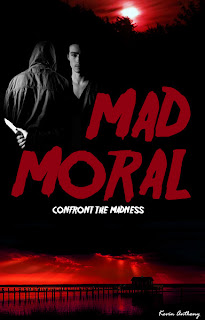 A young slasher, Ford, has struggled to fight the madness lurking in the shadowed recesses of his mind. The constant torment consumes him and threatens to topple what's left of his stability. He realizes he must find a release or his torment will lead to his utter destruction.

A stranger stalks the streets of Ford's world looking for those like him, slashers, as desired victims. Ford's life at risk, he seeks out the blade-friendly stalker throughout a coastal town with the morally conflicted mindset "slash or be slashed."

Mad Moral is the world of Ford Fischer, where in murderous stuffed animals, gigantic creepy crawlers, and much more madness are common place. Fischer, coupled with a romantically conflicted exorcist and a dreamer who redefines night terrors, leads us through a twisted world that can be best defined as one of a kind.

Sounds cool, right?
Well, in that dark and twisted sorta way….though that stuffed animal bit might give me nightmares. *-*  _gulp_  Now, that you have a bit of a background to go with….let’s examine what threads of reality influenced this work of fiction.  Take it away Mr. Anthony! 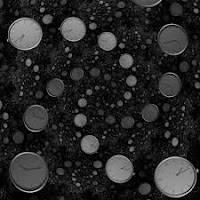 In my series, a lot of madness takes place. A lot of the events in my tale are inspired by true events or loosely based on them. I thought it would be interesting to dig through our history and revisit some of the madness.

The : In my series, accidentally strolling into a cult town is simply one wrong turn away. One of the most famous cult towns in our history was Jonestown. Jonestown was the informal name for the Peoples Temple Agricultural Project, an intentional community in northwestern Guyana formed by the Peoples Temple led by Jim Jones. It became internationally notorious when, on November 18, 1978, 918 people died in the settlement as well as in a nearby airstrip and in Georgetown, 's capital.

The Cannibal: Yes, Cannibals appear throughout my series, some fighting their urge while others decide their appetite comes first. In history, a case of cannibalism takes us to the boxing ring. Holyfield-Tyson II is a name used to identify the boxing match between Mike Tyson and Evander Holyfield on June 28, 1997, in which Tyson bit Holyfield's ear.

The Hunter: In my series you’re also introduced to Hunters. The madness influences them to stalk, kidnap and end the lives of innocent victims. It’s a practice all too familiar in our history. Adam Walsh was the 6-year-old son of John Walsh (who later became the host of America's Most Wanted) and his wife, Revé. He was abducted on July 27, 1981, from a Sears department store at the Hollywood Mall in Hollywood, Florida and was later found murdered.

The Slasher: The main character of Mad Moral is saddled with the title of slasher and its one he battles with throughout all three titles of the series. One of the most famous slashing cases in our history was the controversial OJ Simpson trial. The case was a criminal trial held in Los Angeles County, California Superior Court that spanned from the primary jury being sworn in on November 2, 1994 to opening statements on January 24, 1995 to a verdict on October 3, 1995. Former American football star and actor O. J. Simpson was tried on two counts of murder following the June 1994 deaths of his ex-wife Nicole Brown Simpson and her friend Ronald Goldman.

I hope these moments of madness help you realize that my novel isn’t that far from the mad reality we already find ourselves living in.

Yeppers, that’s a good bit of madness there no matter your standing on the actual outcomes of some of the events.  (Oh and the links?  They all go to wikipedia…I checked.  ^_^)  Well, now that we can see our own world reflected in this fictional one, how’s about an excerpt to wet your whistle?  Coming right up…

… Since that moment, they remained distant friends. It was odd dating somebody who possibly had the urge to stab you in your sleep. He loaded her pink and silver bicycle into his back seat and they drove to Miriam’s house.

The woman lived in a small trailer park that was a short drive from the downtown area. Many nights Ford skipped meetings only to receive a phone call from Miriam questioning his whereabouts. She was a kind woman even though it was rumored she slaughtered an entire sorority house back in the seventies. They arrived at the woman’s trailer, the front yard decorated with gnomes dressed as businessmen and women. The streetlights weren’t operational, the neighborhood nearly ghost town like.

Ford and Lu exited the car and headed up to her front door. He raised his clenched fist to knock only for Lu to notice the trailer door was half-ajar. It creaked as she pushed it open, Ford stepping in first. The front yard theme continued inside. No matter where they looked, a gnome was visible. There were photos, miniature figures, dishware, and plush gnomes on her couch. Ford resisted greeting them, not accustomed to silent stuffed animals.

Lu passed the kitchen area and headed to the bedroom door knocking. “Miriam, you here?”

Ford stood close behind Lu. “You missed the meeting, Miriam. Are you okay?”

Lu grabbed the door handle, sliding it sideways into the wall. Miriam’s body lay sprawled out on her bloodstained mattress, multiple stab wounds in the woman’s chest. The average person would have reacted wildly to the scene in the bedroom. Her withering face was pale, her light blue eyes opened. Ford and Lu found themselves admiring the murder scene first, mourning the loss of their group leader second.

Lu shut the door. “The slasher has been slashed.”

If this sounds like you cup of tea or perhaps a book you’d like to add to your reading list for a super creepy October pick, you’re in luck!  There are a myriad of places this book is available RIGHT NOW for download and even better….most of them are FREE for a limited time.  Here’s a few places to get you started… 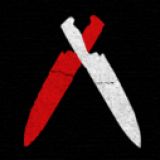 My name is Kevin and I've been writing since the age of eighteen. The idea of wanting to become an author never surfaced in my mind. I spent my creative writing classes in high school sleeping. That's how little interest I had in writing.

After high school, I realized I wanted to entertain others and for the very first time I wrote a story.

Just five years later after my first post online, I now have five thousand plus readers that I consider my fans, but also my teachers and friends.

Special thanks to author Kevin Anthony for sharing the inspiration behind his work today.  I’m sure it was eye opening for many of us and with the upcoming reading season, I can definitely see this one being on the top of many a list.

Not too sure a night light isn't required, thanks for an informative post.

Maybe I'm up too late, but I'm now feeling like a nightlight sort of person suddenly. LOL Sounds fantastic, even if I'm not in love with the cover. Great post! :o)