When all is said and done: Vanquished by Nancy Holder and Debbie Viguie

Hi guys!
Happy Friday to one and all.
Thank you for making Satisfaction for Insatiable Readers a part of YOUR day…it makes me smile inside and out.  Speaking of smiles, don’t forget to get your entries in for the TWO CONTESTS currently running on the site.  One ends today and the other in a week or so….but the early bird catches the worm, or rather the prompt reader gets their entry in before the deadline, so be sure to check out all the fun before its too late!  Now, on to today’s post… 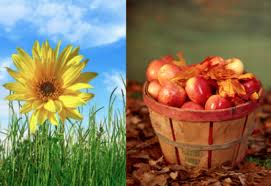 So, it’s the LAST DAY of August; can you believe it?  2012 is sure flying by…at times, other times it drags its feet like a two year old in a candy store.  I couldn’t let the month close without getting in a review of a recently released title (just this week!) from an author duo that hasn’t let me down yet.  It’s from the Young Adult genre and features a paranormal (and normal) cast that covers the whole spectrum of creatures…okay, maybe not the WHOLE spectrum because then we’re looking at Cabin in the Woods and for those that saw the movie, we KNOW how well THAT turned out (*-*)...but at least a good portion of them reside within these pages.  It’s book three in a trilogy, as in THE FINAL BOOK in the set, so if you haven’t checked out the first two, I certainly suggest making a beeline for that YA section of your local bookstore because you’re gonna wanna read this.  For a quick refresher, you can check out my review of book 1 and book 2 right here on the site (<- just click the links, it’ll whisk you right over).  If not, let’s do this!  Kicking the weekend off with a BANG and diving into today’s book of choice… 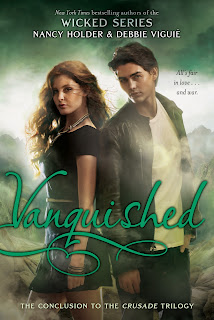 Hope is in short supply, but courage runs deep as the Salamancan hunters recover from a devastating loss. Jenn knows she must rally her team against the Cursed Ones, but her focus is shattered. She’s torn between passion for Antonio, who once fought by her side, and hate for the bloodthirsty vampire he’s become. His volatility is tearing apart their team...and Jenn’s trust.
As the Cursed Ones amass new strength, Team Salamanca must strike together if they hope to survive, let alone defend humanity. Jenn wants to believe Antonio’s loyal to their cause—and their love—but she’s slowly losing her heart to Resistance fighter Noah. And if Antonio’s not careful, he may just end up with a stake in his.
This gripping conclusion to an epic trilogy pairs steamy romance with heart-stopping action, and delivers an ending as dramatic as it is unexpected.

…you can say that again!  The ending is COMPLETELY unexpected especially considering how the odds were stacked against…not to mention how impossible it is that…well, okay, if I finish those thoughts, I’ll ruin the story!  Let’s just say the ending is going to catch you by surprise, make you pause for a moment or two, laugh out loud but then hopefully join the jolly crew of fans satisfied from the read.  (Like moi!)  But the ending is the ending, let’s get back to the beginning…

So, we have a varied cast of characters that through changing viewpoints we get to keep tabs on throughout the series.  This book carries on that tradition even with the additional ones we’ve seen both come AND go, with remarkable success; KUDOS to both of the authors on that!  It’s hard balancing a multi-viewpoint novel when it’s two or three people, let alone six plus on the side of good AND three or more on the side of evil…but balance they did allowing readers to capture a well rounded view of all parties involved.  You’ll root for your favorites and jeer those that need jeering right up to the final battle scenes.  Speaking of favorites…

Yours are bound to change throughout the course of the story, even MULTIPLE TIMES when you consider the series as a whole…and that’s okay!  It’s normal.  You don’t have to feel like a traitor.  I know I didn’t.  Let’s catch up on where we’re at and with whom in this installment.  First, we have Jenn; leader of the Salamancan hunters (FINALLY) reeling from the betrayal by her father, the loss and turning of her sister, the reappearance of the “BAD bad boy” side of Antonio (fighting partner and love interest) and the reality that all things are starting to come to a head…for better or worse.  Things are looking pretty dire and yet she manages to find the strength to carry on and continue fighting (you go girl!) but she’s not out of the woods just yet.  She has trust issues now and a darkness settling on her soul.  If she (or her team for that matter) is to be successful in her mission, the bonds of these two will have to be broken one way or the other.

Next we have Antonio; devilishly good looks (*swoon*) and the ability to never age a day (vampire…yup…only he can touch crosses and is studying to be a priest, go figure!) only get you so far….especially when those you ran with formerly (Aurora and crew) are pure evil and out to exact their revenge on you for anything and everything, not to mention you’ve set your eyes on a Higher Power and yet your heart still belongs to Jenn.  Yeah...troubled roads ahead for you buddy, and that’s not even taking into account the torture you’re about to endure AND inflict; messy situation indeed.  Then there is Skye; a witch able to harness the powers of the goddess and Mother Earth (and kick some major butt!) but with a past that would shake you to your core hot on her heels.  You see, once upon a time there was a dashingly handsome warlock that captured her heart….and then ensnared her mind while tricking her into pledging allegiance to the dark side (not Vader, dark MAGIC). Thank goodness she woke up in time…but he’ll never forget her betrayal or the hurt she inflicted upon him and if he can’t have her, NO ONE will.  (Hey, Estefan!  There’s a soap opera guy that I think you might get along with quit nicely…name is Stefano; look him up!)  This is of course the method behind the madness in which we first encounter Skye in this novel, in the clutches of Estefan; but don’t worry readers, she’s a force to be reckoned with even when in a weakened state.

Next up, Jamie; the Irish brogue that wants to be the leader so bad he can taste it but is held back by his hot temper.  Surely a solo mission should suit him well, right?  Umm, sorta.  He’s entrusted to find and save Skye….if indeed she needs it when he finds her (dun dun dunnnn)…as well as gather forces both magical and otherwise for the battle to come.  Now if he can only play nice and make friends...*sigh*….but that is why we love him anyhow and his “conclusion” is definitely worth seeing.  (No spoilers!) Now we’re going paranormal again and taking a look at Holgar; werewolf and Salamancan hunter, now there’s a combination!  His protective nature gets him in trouble a time or two as does his heart (aww…) but he is determined to be there for his team anyway he can, even if it is to his detriment.

Rounding out the team, we have Father Juan; a mystery in and of himself.  Who is REALLY is has always been hinted at but never truly confirmed….until now…and the reality of such as well as the sacrifice he is about to make casts a shadow of sadness on things, but fear not for he does these things with full knowledge and a happy heart, something we can hopefully all say on our final day.  (Oops!  Semi-spoiler…but only just.  ^_^)  He’s there to guide the team the best way he knows how and while he’s not your average priest, since he casts runes as well as rosary beads, he has their best interests and the best interests of the world at heart.  I say the world because he doesn’t hold the nature of the “beasts” against them, rather he looks for the good and if recognizable by both viewer and viewee, he’ll take the plunge to try to bring it back to life; if not, good riddance.  Gotta love the no nonsense nature there…. ^_^

Now we have…oh wait, you thought I was done?  Yes and no.  I could go on and on and on.  For example, I could tell you how Noah’s past comes to light and Heather is found…sorta.  I could mention how AWESOME Jenn’s Grandmother REALLY is and how still waters really so run deep.  I could say that there is a party to die for with attire fit for queens…that none of the attendees can see on their own persons.  I could even say that Lucifer himself is in attendance when things REALLY go down…though not who you’re thinking of exactly.  But you see fair readers…I won’t.  I won’t because it would make the post unnecessarily long and because it would spoil some of the curiosities yet to be uncovered in this book.  I won’t because I want you to see it with fresh eyes, untainted by my full fledged observations and share with others (me included!) your experience.  I won’t because it’s simply more FUN this way…hehe.

So, in conclusion, a thrilling end to what has turned out to be a fabulous series.  You’ve got action, romance, danger, magic, and all the quiet moments that filter in-between coupled with a cast that you won’t soon forget and a story that will keep you hanging on its every breath…I’d say that’s a win!  Recommended for mid teen through adult readers for content and concepts explored.  If you’re looking for an exhilarating ride from start to finish, this should definitely be on your wish list.

Review copy received courtesy of author’s Nancy Holder and Debbie Viguie, publisher Simon & Schuster and the fabulous that is the Ms. Holder’s assistance, !  (THANKS everyone!)  For more information about this title as well as a look at the publisher’s complete catalog, feel free to visit them online, like them on Facebook, or follow along on Twitter.  Feel like adventuring into the world of Nancy Holder?  You’re in luck!  Check out her official website, one of her MANY Facebook pages (1, 2, 3, 4, 5, 6) and of course, her Twitter feed!  Let us not forget author Debbie Viguie who is also reachable online at her site, on Facebook and the illustrious Twitter.

Until next time…have a fantastic weekend…and happy reading!

Great stuff. I know several of my friends daughters are eagerly awaiting Vanquished as several of them are in love with Antonio.

I haven't read this series..but I am adding book one to my list..great post!