The Harlow Hoyden by Lynn Messina

Greetings and salutations.
Welcome back to Satisfaction for Insatiable Readers…the place where people of all ages can celebrate the endless joys that reading brings.

Today, we’re spotlighting an ebook title from Potatoworks Press that’s fit for fans of Romance, Historical Fiction and Fiction alike.  It has sass.  It has drama.  It has proper meetings and those more of a clandestine nature.  There’s love and romance, though not necessarily obvious to both parties or with the same parties.  In short, it’s a lot of fun, but you have to be in it for the long haul.  Allow me to explain.  Without further ado, today’s ebook of choice is… 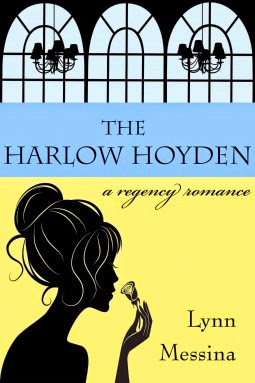 About the book…
Miss Emma Harlow hasn’t earned the reputation as a hoyden for nothing, so when the Duke of Trent discovers her in his conservatory stealing one of his orchids, he’s isn’t surprised—charmed, delighted and puzzled, yes, but not surprised. It is Emma who is amazed. She has naturally concluded that the man reading in the conservatory must be the country cousin (who else in London would actually read?) and is quite vexed to discover that he is the Duke of Trent himself—imagine, stealing the duke’s prize Rhyncholaelia digbyana under his very nose!

But her vexation doesn’t last long. For Emma is a practical young lady with a mission: to end her dear sister Lavinia’s engagement to the villainous (and dreadfully dull!) Sir Waldo Windbourne, and she thinks that the famous libertine is just the man for the job. If he would only seduce her sister away from Sir Waldo…. Well, notseduce exactly, but flirt mercilessly and engage her interest. Perhaps then Lavinia would jilt the baron. The Duke of Trent is resistant, of course. Despite his reputation, he does not toy with the affections of innocents. And besides, it’s not her sister he longs to seduce.

If the name looks familiar, then you’ve been visiting my site off and on for a while now….YOU ROCK!  (^_^)  If not, well perhaps you’re more of a fickle visitor, here and there, willy nilly through the blogosphere, but guess what….you’re still awesome too and we’ll up your awesomeness with the knowledge we impart today.  Sound good?  Good!

The reason the author’s name may look familiar to some is that I’ve reviewed a few of her titles previously, RIGHT HERE!  (Well, not literally RIGHT HERE because right here didn’t exist until right now and…well, you know what I mean…)  Yes, if you search my site you’ll find links to reviews for both Little Vampire Women (don’t knock it before you try it…it was actually really good and I’m not best friends with redos!) and The Girls’ Guide to Dating Zombies(okay, so this one was a little more off kilter but it was still fun).  So when this title came around, I didn’t think twice…and shame on me, I didn’t even realize who it was BY at first!  Yep, that’s right.  I flew through the description, continued reading the pitch and was sold so much that the fact that I’ve actually read the author’s work before slipped by me.  The plus side, I had no preconceived notions as to what I was undertaking; the down side, I had no way of knowing how it would turn out!  Hey, it had a few strikes against it from the start.  First, it’s an ebook…not my favorite form of media; second, it’s a rather LONG ebook sitting at approximately 300 pages.  Okay so in print format, that’s pretty easy peasy short and breezy…electronically though, I had to take it in bits and pieces.  Anywho, moving forward with the book…

First things first, let’s dissect that title.  I mean, I don’t know about you but my thought was…what in the WORLD is a “hoyden”? Well, according to Dictionary.com, a hoyden is defined as “a boisterous, bold, and carefree girl; a tomboy”.  Hmm, seems a shame that boisterous, bold and carefree equate to a tomboy, but in the era that it was used, and according to society standards at the time, it fits.  Oh, and the “Harlow” part is referring to the lasses last name.  There, now that that’s cleared up. The story boils down to a tale of two sisters, different as can be yet so for the other over themselves that every path they travel that veers away from initial intentions, still serves to bring them closer in the end. A mouthful, I know….but it’s true, and there’s so much more along the way!

From a romance that shouldn’t have been but was for less than proper reasons to one that can’t get off the ground because though the two parties communicate, it’s not truly their heart’s desires of which they speak.  We have spies in our midst, dirty rotten scoundrels and scoundrels that aren’t what they seem at all, libertines and those posing as such to meet an end (oh, and a libertine is defined as "a person who is morally or sexually unrestrained, especially adissolute man; a profligate; rake”), sneaking and stalking, plotting and planning, stealing and revealing…there’s a slew of fun in this book and by the time you reach the end, every whim will be followed, every question answered and every plot or subplot wrapped up.  (YAY!) 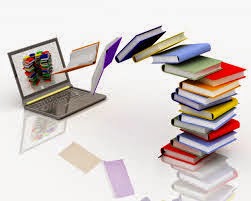 The Harlow sisters are a great pair and I love how their relationship is portrayed.  Emma is a hoot and I think would be fabulous to know not only for her supposedly wanton ways (though in actuality, she cares almost TOO much for others) but for her whit, humor, and knowledge of how to have a good time…especially in those days.  On the other hand, Lavinia may seem the proper angel on the outside but on the inside… ~whispers~ she’s smart as a whip and horticultural-ly inclined. .. *GASP* …making her another Harlow I’d be happy to know.  Then we have the Duke of Trent who can be exasperating, stubborn, a mule of a fellow…yet matches up to a Harlow gal we know well, even if they get in their own ways time and again.  Sometimes you just want to smack him upside the head.  *good grief*  Between our leading lasses and lads, the country cousin, the Harlow’s chaperone, the butlers, the brothers and the enemies of England, there’s A LOT going on and everyone seems to be running amuck and yet…it all makes sense.  I can honestly recall random events in the story that I might have otherwise forgotten in the hub bub.  Emotional connections were forged with the characters.  A commitment to the story was drawn from me with every flick of the screen.  The same can’t be said about ALL ebooks and me.

So, in conclusion, another fun read from an author really making a name for herself; she may not be on all shelves yet, but one day, I just know I’ll be saying “I read her when”.  Recommended read for adult readers (maybe OLDER teens, but we’re talking almost adults) due to some content; it doesn’t happen often but there’s a tryst or two that get PRETTY heated even if we are romancing in “proper” times.  *blush* 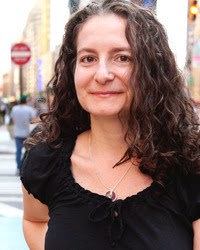 Lynn Messina grew up on Long Island and studied English at Washington University in St. Louis. She has worked at the Museum of Television & Radio (now the Paley Center for Media), TV Guide, In Style, Rolling Stone, Fitness, ForbesLife, Self, Bloomberg Markets and a host of wonderful magazines that have long since disappeared. She mourns the death of print journalism in New York City, where she lives with her husband and sons. She is author of seven novels, including Fashionistas, which is in development as a feature film and has been translated into 15 languages.

Special thanks to Felicia at Martin Publicity for the ebook edition for review AND the chance to bring this title to all of you.  (THANKS!)  For more information on this title or the author behind the work, be sure to click through the links provided above. This ebook was released via Potatoworks Press and should be available now at an ebook retailer of your choosing.