Hi there!
Welcome back to Satisfaction for Insatiable Readers, the place to be when you make READING a part of your day in some way every day.  Why?  Because…it’s good for you.  ^_^

Today, we’re hosting a tour brought to you by TLC Book Tours and starring a newish Fiction release from an author celebrating her sophomore release.  It features a story with a unique voice that shares not only a ghastly crime but life and love along the way.  A curious mix to be certain, but let’s explore a bit further, shall we?  Today’s blog tour guest and book of choice is… 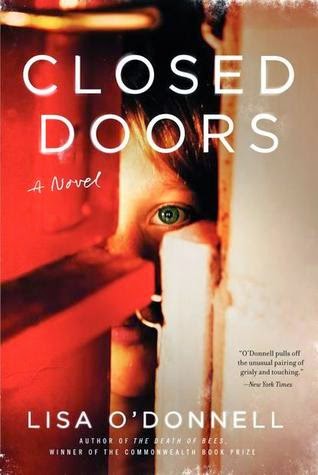 About the book…
'There are no strangers in Rothesay, Michael. Everyone knows who you are and always will. It's a blessing but it's also a curse.' Eleven-year-old Michael Murray is the best at two things: keepy-uppies and keeping secrets. His family think he's too young to hear grown-up stuff, but he listens at doors; it's the only way to find out anything. And Michael's heard a secret, one that might explain the bruises on his mother's face. When the whispers at home and on the street become too loud to ignore, Michael begins to wonder if there is an even bigger secret he doesn't know about. Scared of what might happen if anyone finds out, and desperate for life to return to normal, Michael sets out to piece together the truth. But he also has to prepare for the upcoming talent show, keep an eye out for Dirty Alice, his arch-nemesis from down the street, and avoid eating Granny's watery stew.

Little Michael Murray…some will love him, some will want to smack him about the ears, but in the end, boys will be boys.  He loves being the toughest kid in the neighborhood, a title he owned after a fight ended in his favor.  He splits his days between school and hanging out in the Woody getting into mischief ranging from adult magazines to a few shared kisses.  He likes to play with his family’s new dog when he can be coerced away from his Mom and thinks nothing could be better than a day with his friends and a bag of Pick ‘n Mix.  Like I said, a typical young boy…until secrets, lies, and a crime so heinous invade his otherwise peaceful world.

What follows is a series of events I’d wish on no one and yet happens more than most of us think.  It’s revealed in pieces as our young narrator is able to ascertain from a few candid conversations and stolen words snatched through closed doors (hence the title).  What he’s told versus what actually occurred are two different things and though it’s done to protect him, it doesn’t help him understand.  Understand what you might ask?  Well, for starters, why the town is giving the whole family the stink eye.  Why his father is hugging the bottle more than his family and taking up residence on the coach instead of the bedroom.  Perhaps most perplexing to his young mind is why his mother seems fearful of her own shadow, acts disconnected from everyday life, and seems to be running from herself.

Throughout the days and months that follow, details emerge and other grisly events play out, creating an environment of fear and hostility, upping the family’s discomfort and the mother’s anxiety.  To tell or not to tell, it shouldn’t be a question and yet you can certainly see this side of a victim’s opinion.  The author places you right there in the mix, allowing you to see just what happens on the other side of crime.  I appreciated the struggle that was shown despite it breaking your heart at times because I think it really makes a case for SPEAKING UP for ourselves as well as others.  Crime is never truly victim less but without a voice it can go unpunished. 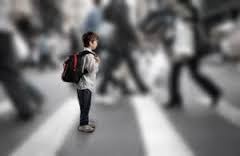 In summary, this is a very adult story as seen through the eyes of and voiced by an eleven-year-old boy.  It lends itself an air of reality because our young friend perceives events, acts out accordingly, and ponders things as any other child might…at the same time, for me, that is its downfall.  Though I can honestly say the story is well written and the delivery is unique, as  I don’t think anyone would look at the cover and guess the darkness that it actually holds, the truths it reveals, the view of society it lays before us, I still can’t help but feel it too dodgy a topic for such a young voice to tell.

Lisa O’Donnell won the Orange Screenwriting Prize in 2000 for her screenplay The Wedding Gift.  Her debut novel,The Death of Bees, was the winner of the 2013 Commonwealth Book Prize.  She lives in Scotland.

Review copy received courtesy of Trish at TLC Book Tours.  (THANKS!)  For more information on this title, feel free to click through the links within the post and be sure to check out the other stops along its way through the blogosphere!  Here’s where it’s been and where it’s going…

This title is available now via Harper, so be on the lookout for it on a bookstore shelf near you.

Thanks for sharing your thoughts on this book for the tour.