Merry Meet at the House of Night!

Hiya guys and gals!
Welcome back to Satisfaction for Insatiable Readers....the place to be when the reading bug strikes....HARD!

So, for those frequent visitors to the site, you may be wondering why I've been a bit more silent recently.  I mean, a new post every day was sorta my thing...until this month.  Reason?  I've been embarking on a self imposed READ-A-THON!  That's right!  As you may have heard (on Twitter!), I'm hosting a spot on an uber huge blog tour later this week for a little Young Adult series you may have heard of...called....the HOUSE OF NIGHT.

Go ahead.
Feel free to squee. 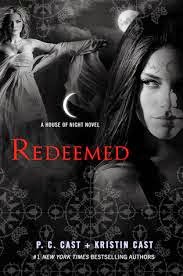 If you're a fan of the series, then you know the OFFICIAL RELEASE DATE for the FINAL INSTALLMENT is TOMORROW....that's Tuesday, October 14th.  If you've had it on your to read list, (*raises hand*), NOW is the time to get on board the fan train because it's leaving the station and guess what?  I'm a PASSENGER!  Yep.  Now, time for me is an issue so I didn't go into this challenge lightly.  Thus far, I've read ONE, TWO and almost all of THREE.  Still have several thousand pages to go before my Friday due date...no pressure...but in the mean time, forgive the silence.  To break up the crickets, I've decided to break my all-in-one series review post into a few smaller ones followed up with the grand finale.  So....ready to READ ALL ABOUT IT?  Here we go!  Pack your bags and prepare to get some pretty rad tats, today's BOOKS of choice by P.C. and Kristin Cast follow.... 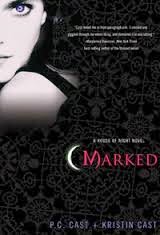 Meet Zoey, high school student with boyfriend, bestie, and fairly decent popularity ranking with the masses.  Sounds like a great place to be, right....well it WAS; then she had to go and get herself marked.  In all fairness, you don't decide to BE marked; you are selected because something inside you makes itself known to the local vampyre trackers and BOOM.  The rest is history.  Once marked, you have two choices:  die...or move into the House of Night.  Let's see...if we weigh the pros and cons...what am I sayin'!  Of course people would choose the latter, that is if their families allow them.  Yeah....let's just say that while Zoey's mom was fab once upon a time, when her happily ever after part two came about, she fell prey to a stronger mind...though its depths were MUCH much shallower.  Anywho, anywho....

Zoey has a whole new world to deal with and a whole new Goddess' favor to be bathe in, but with a little help from her friends (and her spunky grandmother), she just might make it through.  Maybe.  Sorta.  Okay, if she can stay away from the uber-witch-with-a-b Aphrodite and her minions (no, they aren't the cute little yellow ones), gain control of her thirst, and handle the new powers and responsibilities (hello Daughters of Darkness!) coming her way.  No sweat....right? 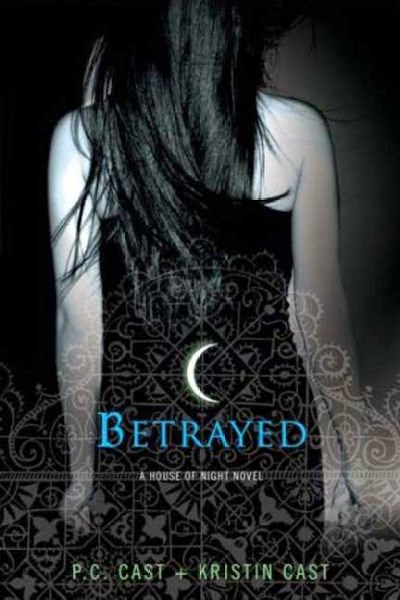 I had a fun time sorting out the title of this one.  My first thoughts were....WHO would be doing the betraying?  Would it be Zoey to her friends, her mentor, or the student body (including one student's body in particular)?  Would it be her friends, her mentor, or the student body betraying HER?  So many ways for it to go and so much loss to suffer along the way regardless.  Yes my friends, we lose an integral part of her circle in this read and if you don't find yourself seriously touched (or brought to tears ... *raises hand*), you may want to check your pulse.  You turn the final page wiser with a better understanding of the new world she's inhabiting...but also WARY.  Betrayed was an appropriate title for this one indeed...

On a general note, if you're new to the series, you won't miss EVERYTHING by picking it up somewhere along the way.  The authors are pretty good about catching you up at the beginning of each book and along the way when the time is right.  Nice touch!  So, my fair readers....stick with me and join in the HOUSE OF NIGHT fun as it takes over the blog (most of) this week.

ALSO, tune in to Twitter for the Tweetathon kicking off TOMORROW and running through the 24th to commemerate the final release, hosted by Meryl L. Moss Media Relations, Inc!  Just follow the hashtag #HONRedeemed!

Until next time....merry meet...and happy reading!

How exciting, I'm looking forward to reading more of this blog tour.

Marked sounds good but then I'm into Goddesses at the moment and love the sound of Zoey's spunky grandmother.