HI guys!
Welcome back to the site that aims to please the reader in you....Satisfaction for Insatiable Readers.

This weekend is all about the movies, or rather books that remind me of movies and those that should be them.  Why?  Because...just because.

Today's featured title is one that I'm officially taking a break from.  Sounds dire, right?  Well, think again.  First, let me introduce the little wordy wonder before it jumps from my shelf through the screen. 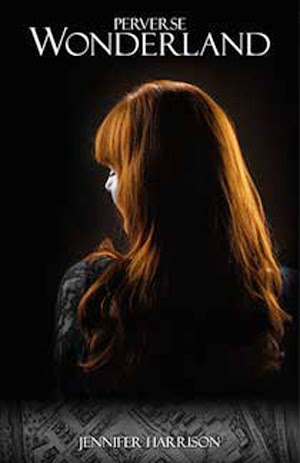 About the book....
...When our American heroine is abandoned by her English ''gentleman'' in a strange land of Pimm's and Jack the Ripper slumlords, the fairy tale is turned on its head after kissing Prince Charming turns him into an ''arse.'' This novel will have you swiftly flipping pages to keep up with the ongoing conflicts between our irreverent redhead's heart, mind and libido as she interacts with a memorable cast of characters including the romantic Irish poet, the Jewish American Princess, and the bizarre Russian painter.... 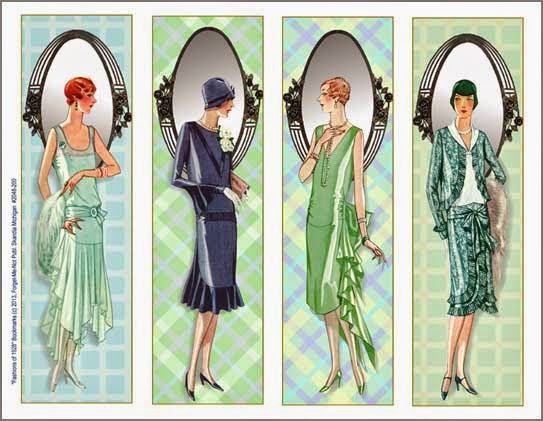 Okay, so here's the kicker.
I have yet to finish this book.
I've been reading this book in spits and spats for over a month.
I am putting this read on PAUSE...and my choosing that particular phrasing has a bigger meaning.

Now before you go fretting your little heads about how awful this book must be to cause me to NOT finish it, let me say this....it's not awful.  It is in fact curious and interesting albeit a bit crass and unusual.  The lead character's obsession with her four selves agreeing on the same guy (head, heart, hair, and other-regions) is a bit obtuse but a lovely dream to entertain.  Her resourcefulness in capturing said individual may lack imagination but it makes up for it in misleading tangents.

To put it bluntly....THIS WOULD MAKE A MUCH BETTER MOVIE THAN A BOOK. 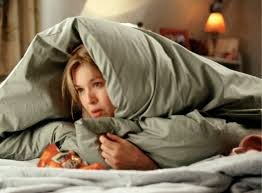 Have you seen Bridget Jones' Diary?
Grant it, it's a book as well (no, I haven't read it yet...still on the "to-read" list) but let's focus on the film for a moment.  You know how the lead character over anaylizes everything, and basically the whole of the film is voiced over by her thoughts and inner jumbles?  THAT'S how this book reads....except all those random thoughts, jumbles, and ramblings take shape as words, and words, and words, and words, and...yeah, you get the picture.  To me, there's an over indulgence in letting her speak her mind and way too many detailed scenes  (never thought I'd say that).  For example on the latter part there, our leading lass goes on a drinking binge of all the English ales and such she can drink (and boy can she drink!).  Not only are we part and party to her scheming and buying, but the drinking of every last drop.  It's voyeristic in the degree of attention paid to every golden drops disappearance.

In the end, well...I guess I can't truly say in the end as I didn't make it there at this time....but some day, I shall return to her adventure and seek to understand her heart's desire and the path she's traveling to attain it.  Then again, maybe I'll wait for the movie because as I understand it, the author is writing the script as we speak.  *ponders* 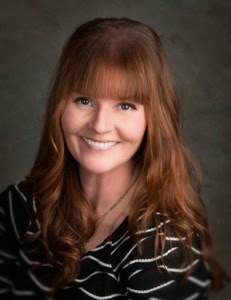 Jennifer Harrison was raised in Tennessee, educated at the University of Tennessee, and recently moved from Los Angeles to the San Francisco Bay Area. She researches and writes grant proposals for nonprofit foundations and has worked as an editor for university professors, lawyers, journalists, and writers of fiction and nonfiction.

She also has extensive experience in the entertainment industry, working with musicians, actors, attorneys, and talent managers. Ms. Harrison’s first book was a memoir about the culture of a small Southern town in the 1950s and 1960s and her family’s relationship with neighbor Elvis Presley. Perverse Wonderland is her first novel.

Review copy received courtesy of Kevin at Leabher Public Relations.  (THANKS!)  For more on this title, feel free to click through the links provided above.  The official release was celebrated July of this year, so be on the lookout for it on a bookstore shelf or virtual retailer of your choosing.  Recommended read for adult readers only due to content.