HI there!
Welcome back to another day here at Satisfaction for Insatiable Readers.

It's Friday!  The first official week of July is through and we've all survived the festivities of the holiday intact.  Now, if I can only make it through the summer heat, we'll REALLY be in business.  Whew!  It's in the high nineties here with the heat index pushing it over the hundred degree mark, so yeah...you could say it's a bit unpleasant.  Seems like the perfect time to stay inside with the AC turned WAY up (or is that down?) and get lost in a good book.  Well, if you're looking to purposefully get lost with the intent of finding someone other than your current self within yourself, I might just have the book for you.

Today, we're playing host to a TLC Book Tours promotion starring the latest release from none other than Gregory Maguire.  Know the name?  I thought you might.  He's the creative mind behind Wicked, Out of Oz, and other twisted up fairy tales to say the least.  In this newest creation, he takes Alice's tale and turns it on its head...a hard task when the original was already that way.  Was it a success?  It all depends on your perspective.  Ready or not, here comes my adventure through the pages of today's blog tour guest and book of choice... 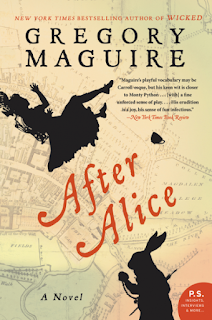 About the book...
From the multi-million-copy bestselling author of Wicked comes a magical new twist on Alice’s Adventures in Wonderland, published to coincide with the 150th anniversary of Lewis’s Carroll’s beloved classic.

When Alice toppled down the rabbit-hole 150 years ago, she found a Wonderland as rife with inconsistent rules and abrasive egos as the world she left behind. But what of that world? How did 1860s Oxford react to Alice’s disappearance?

In this brilliant work of fiction, Gregory Maguire turns his dazzling imagination to the question of underworlds, undergrounds, underpinnings—and understandings old and new, offering an inventive spin on Carroll’s enduring tale. Ada, a friend of Alice’s mentioned briefly in Alice’s Adventures in Wonderland, is off to visit her friend, but arrives a moment too late—and tumbles down the rabbit-hole herself.

Ada brings to Wonderland her own imperfect apprehension of cause and effect as she embarks on an odyssey to find Alice and see her safely home from this surreal world below the world. If Eurydice can ever be returned to the arms of Orpheus, or Lazarus can be raised from the tomb, perhaps Alice can be returned to life. Either way, everything that happens next is “After Alice.”

After Alice indeed, for unbeknownst to our little leading lady, she's following in her footsteps misadventure after misadventure until suddenly, it becomes her own. 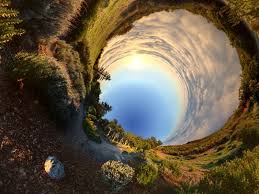 At the start, I really wasn't certain if I was going to enjoy this adventure down the rabbit hole because although it was familiar in the right places, it was a touch too and not enough...not.  I wasn't certain what I was hoping for exactly, but frankly I could have cared less about Alice's sister, Lydia, and her best friend (of a sort), Ada.  They weren't the stars of the original, so why did they deserve their turn in the spotlight?  Well, though I'm still not convinced Lydia truly ever did, Ada, as it turns out, was a delight in the disguise...though what disguise depends upon the audience because at times she was mistaken for a lad, an exhibit, and a serpent, all in equal measure.  No, no, no, I'm quite certain Ada was a young girl and despite what the creatures that inhabit Wonderland think, a charming one at that.

I was a delight to see Wonderland as affected by Ada as she was by her arrival there. She starts out as a timid yet headstrong young lady, and develops quite a strong backbone, so to speak.  She learns that advice freely given is not always the best to take, the grass is not always greener on the other side, and though our paths may be laid out for us, the struggle to reach the one we desire may yet be the perfect one.  Her adventures with creatures and characters familiar and not allow readers intimate with the tale to visit once again, albiet after the events we know by heart, while inviting those merely curious in for a closer look.  Twas a wonder to see the Walrus and Carpenter so light of foot and flipper after their decandent dinner, the Hatter and Hare not quite so mad as maddening after their last tea party never ended, and the Queen, well...let's just say she wasn't quite the center of attention this time around.  (I know, right?!  Don't let her know!)

In the end, I do believe I enjoyed it more than I thought I was in the moment.  When in the pages, it is easy to get caught up in the fantastical, nonsense of the story and allow the witty words to take on a life of their own, often getting a bit bigger than their britches should allow, but taking a step back after landing back in the present, I do feel that Ada's trials did her as much good as I.  It's good to be reminded of one's smallness at times but also of how much power we each hold within.  We can't be a victim of our circumstances unless we allow it to be so.  Ada certainly was, until she learned to stand on her own two feet, however initially unsteady that might have seemed.  All in all, a curious blend of the familiar and non with an ending that will lift you out of Wonderland and into the wonders that can be YOUR land...if you've the mind to take that first step. 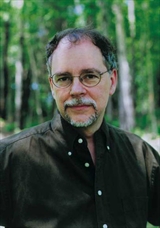 Gregory Maguire is the New York Times bestselling author of Confessions of an Ugly Stepsister; Lost; Mirror Mirror; and the Wicked Years, a series that includes Wicked, Son of a Witch, A Lion Among Men, and Out of Oz. Now a beloved classic, Wicked is the basis for a blockbuster Tony Award–winning Broadway musical. Maguire has lectured on art, literature, and culture both at home and abroad. He lives with his family near Boston, Massachusetts.

Special thanks to Trish at TLC Book Tours for the ARC for review and chance to bring this tour to you.  (THANKS!)  For more information on THIS TOUR, this title, the author, the publisher, or those promotions on the horizon, feel free to click through the links provided above.  This title is available now via William Morrow, an imprint of HarperCollins Publishers, so be on the lookout for it on a bookstore shelf or virtual retailer of your choosing.

I always love how this author re-writes classic stories. It's very unique!

Thank you for being on this tour!