SUMMER READING: What's in Your Beach Bag? This one's for the boys...

No worries! I'm here to help along with a plethora of amazing author talent and publishing house know how to bringing to the spotlight a few titles that just might be your best friend for a few days, or few hours this season.  So grab your beach towel, some sunscreen, and pull up a chair, it's time to dive into a pool of bookish fun!  Today's category is... 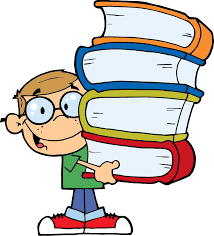 Okay, so I don't like to classify books in this manner any more than you do, but let's face it, sometimes it can be tough to entice the little guys into the reading circle.  Statistics show that girls are more inclined to fall in love with books, while it can take a bit of coaxing for the fellas, hence this category.  While I'm not suggesting these titles can't or shouldn't be read by girls (hello...I AM one too!), I am suggesting that those with little gentlemen to entertain should take an especially close look because they definitely have dude appeal too.  Ready or not, here come today's selections primed and ready for your upcoming reads...

My Favorite Pets by Gus W. for Ms. Smolinski's Class
by
Jeanne Birdsmall
Illustrated by
Harry Bliss
9780385755702
Alfred A. Knopf

Gus is a young man that knows what he likes and what he likes is SHEEP.  Yes, sheep.  Within these pages, we get to know Gus as we explore the various aspects of his love for these woolly critters, and see the mayhem that follows his questionable choices all from his own point of view.  You see, the story is actually an assignment from his fifth grade teacher on, you guessed it, his favorite pet, or in this case pets in the plural sense, thus giving Gus an outlet to share his adventures with his family's sheep.  Along the way, we learn the proper term for babies, females, and males (of which the horns do NOT come off), we see that while they might be good for riding, it is perhaps best to avoid putting your younger brother on one, and that even if they DO want inside the house, there is a reason they are generally given their own space....outside.

With creative illustrations to illuminate the crafty tale of a boy and his sheep, this is one flock you won't be counting to catch some Z's.

Walden is your typical young man.  He wants adventure, he wants excitement, he...doesn't want to set the table for yet another weekend family dinner.  What's a lad to do?  Well, THIS one is apparently going to escape into the mystical, magical, unusual world of...his fridge?  Yep, his fridge.

Sounds odd and yet it works.  Think about it.  Most people (especially those with children) have a rather unusual assortment of items on their fridge doors.  From magnets to reminders, photos to drawings, coupons to advertisements, it's a mish mosh of madness just waiting to happen...and happen it does.  One moment, Walden is standing in the kitchen pouting about doing the same old same old, the next he's being pulled into the cluster of papery wonders magnetized just behind his head.  He'll dive beneath the ocean, visit his grandparents once upon a time, battle a sword wielding space alien, and...perhaps make it back home in time to do what was actually requested of him.  Perhaps.  *smirk*

A grand time to be had that reminds us why family is so important, the power of imagination, and to be careful what you hang on that fridge door...for adventures sake. 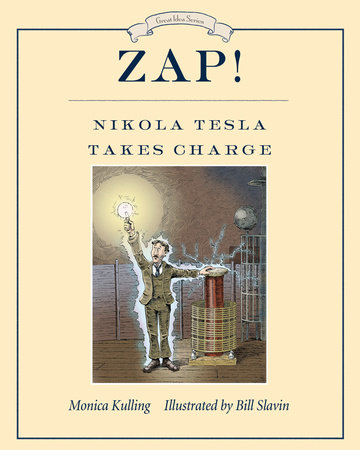 This is the forthcoming addition to the Great Ideas series and let me tell you know, they've yet to disappoint.

Here, we learn about the man behind electricity as we know it today.  I know what you're thinking, EDISON was the genius who discovered this form of power and yes, you are correct, BUT his was a direct current while Tesla's focused on alternating currents.  Now, I know that sounds over most of our heads but what it boils down to is that while the former was good, it was more costly and limited how far power could be sent as well as how long parts would last in the machines it motorized.  Tesla's version took away those limitations and eventually brought us the access we take for granted today...but the road to get there was anything but smooth.  I mean, think about it.  If something isn't broken, why fix it?  If an idea is in motion, why change its course?  BECAUSE, my friends, that is the genius of creativity and those ideas along with a few like minds to bring it to fruition are what keep our world the ever changing, ever improving, ever striving place we live today.

So, for some great edutainment complete with wonderful illustrations that really bring the whole package together, I highly recommend not only this release from the talented Monica Kulling, but the Great Ideas series in full.

Special thanks to the teams at Random House Kids, Penguin Young Readers, and Tundra Books (all imprints of Penguin Random House) for the copies for review.  (THANKS!)  For more information on any titles we featured today, the authors, or publishers, feel free to click through the links provided above.  The first two titles are available now, while the third is set to release next month (08/02/16), so be on the lookout for them on a bookstore shelf or virtual retailer of your choosing.

I'm so with you on the whole books for boys/books for girls debate. Having been a classroom assistant I struggled to engage boys to read much more than I did girls finding girls tended to be happy to read books with boys in mind whilst the boys shied away from any book deemed at all girly.

Great selection, no matter what the sex. I especially like the look of the first book you shared.