It's a #SummerOfSuspense with Entangled Publishing and TRUE DECEPTIONS!

Hi guys and gals!
Welcome back to the site that never sleeps therefore allowing you even MORE bookish fun, Satisfaction for Insatiable Readers.

Today, we're a special ALERT of sorts to bring to your attention.  It stars the suspenseful works of several authors under the Entangled Publishing umbrella and is appropriately titled the #SummerOfSuspense.  It's a promotion GOING ON NOW (through July 30th) aimed at getting more tantalizing tales into your ereaders and what's more at some sensational savings!  Books AND great prices?  Anyone else sneakily opening another window/tab right now to check it out?  *raises hand*  GOOD...but before you do, READ ON for more details (and links!) PLUS your chance to win!


TRUE DECEPTIONS is on sale for $0.99 for a limited time only! 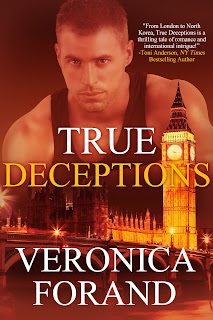 TRUE DECEPTIONS is a story about Simon Dunn, a jaded MI6 operative who ends up with a not so skilled partner. Cassie Watson is a computer genius and is tall, blonde and everything Simon doesn't want in his life right. Her transformation from too stupid to live to kick-ass spy comes after some very intense events.

After his partner was murdered, Simon Dunn was finished with MI6. But the cold, violent world of British intelligence never lets anyone go free. Now Simon has been blackmailed into a new job...with a beautiful new partner who's going to get them both killed.

Robotics expert Cassie Watson is a newbie field agent with as much sophistication as...well, a pacifist, vegan computer nerd. Now she's abruptly thrust into the cutthroat world of espionage with a partner who is as cold as he is brutally—and brutishly—handsome.

But when their mission is betrayed from the inside, Cassie will be forced to place her life in the hands of the one man who's anything but trustworthy...

“This book was full of adventure, mystery, action, fear, anger, pain, hope, loss, family reunions and so much more...I was a little sad when I finished it because I wanted the story to continue.” —5 Star Top Pick Review, Night Owl Reviews

“The plot is filled with globe-trotting intrigue, stolen art, secret identities, and dangerous villains, and Forand balances the suspenseful mystery with a passionate romance.” —Kirkus Reviews 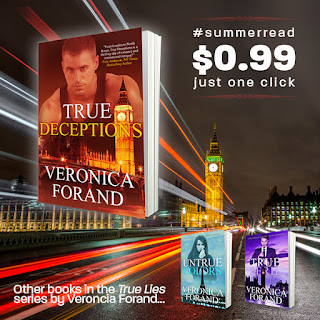 Sitting at the table again, Cassie glanced toward Simon. “You don't seem the type to cook.”

“I hate stereotypes, don't you?” He took in her earthy outfit. Her hippie persona was definitely not going to work when they went to meet his contacts. Which brought him to his next question. “What's your specialty?”

“Robotics.” She shrugged, as though every bombshell of a blonde majored in robotics.

“I know about forty computer languages.”

“Good. You can speak to all the computers we encounter. What about foreign languages?”

“Mexican Spanish fluent, not so much in French. Since I don't know my role, I'm unsure what skills I'll need.”

They must have chosen her for a purpose. She'd be the technical expertise, while he handled the practical logistics.

“You're supposed to be my lover. Are you comfortable with that?”

He watched her reaction. She nodded, swallowed hard, and then dropped her eyes to her potatoes. He'd take that as a no. 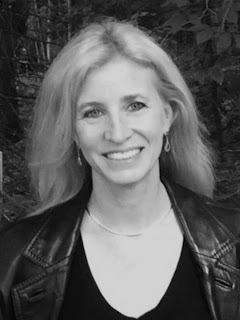 A Golden Pen winner in romantic suspense and a triple finalist in the Daphne Du Maurier Award for Excellence in Mystery/Suspense, Veronica Forand is an attorney and a novelist. She's lived in Boston, London, Paris, Geneva, and Washington, DC and currently resides near Philadelphia. An avid traveler, she loves to roam across continents with her husband and kids in pursuit of skiing, scuba diving, and finding the perfect piece of chocolate.

Read more about her upcoming releases and appearances at http://veronicaforand.com/.

Sounds good, right?
I thought you might enjoy that.
Now, for the EXTRA good stuff...


Special thanks to the Barclay Publicity team for the chance to bring this promotion to you.  (THANKS!)  For more information on this title, the author, the publisher, or those tours on the horizon, feel free to click through the links provided above.