Today, we're rolling out the red carpet for a Pump Up Your Book blog tour starring a Contemporary Romance title that just celebrated it's book birthday via Avon Books.  It's a sweet, sassy read with heart...and just enough sizzle to send sparks flying right off the pages .  So, if you'll don your flame retardant gear please, and keep reading as we discover the joys that await us in today's book of choice... 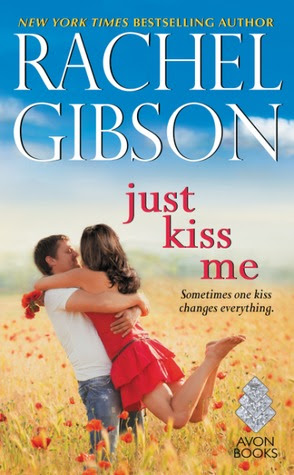 About the book...
"Hello, Ms. Vivian . . . it's been a long time."
And with those words, Vivian Leigh Rochet nearly melted. It's been years since she last saw Harrison Whitley-Shuler. She was a teenager scrubbing houses for a living. He was the gorgeous son of rich parents, not fit for the likes of her.

Vivian had vowed to get out of Charleston, become a big Hollywood star, and stick it to the snooty girls who made her cry.

She got what she wanted—and more—but why does her glamorous life seem so trivial?

Harrison got out too . . . making it all the way to Wall Street, until a heart attack forced him to trade in his cufflinks for a good set of hand tools.

Making furniture soothes his soul, but escaping the Whitley-Shuler heritage is nearly impossible. And now he's come face-to-face with the one who got away. He's not looking for love. He's not even looking for sex . . . so why is resisting her the hardest thing he's ever done?

These are a few of my FAVORITE THINGS about this book...

I adored the format!
The alternating chapters of the here and now versus Vivien's adolescent diary entries was such a sweet treat (not to mention the font choice!).  We get to see where her relationship with the Whitley-Schuler's was then, why it was the way it was from her teenage perspective, and how it evolved to so much more so many odd years later.

I loved both the male and female leads!
Vivien was such a gem!  Spunky and full of life, she may have taken order (much to her chagrin) once upon a time, but never again.  She's the one who GIVES the orders now...with relish...and while not one to abuse her power and fame, she definitely enjoys it.  That's not to say that beneath the shiny, glamorous exterior, that her heart isn't as soft as the next girl.  She's still the little girl who needs her mother.  She's still the rebel lashing out at those that seem to lord over her.  She's still the woman that needs a helping hand and open arms even if she doesn't know it...and it doesn't hurt that both of those come along with a rather handsome package.  *smirk*  Speaking of which, Henry held many titles throughout the story, from butthead to Wall Street mogul to handyman (in more ways than one - *ahem*), but the one he loathe the most was secret keeper.  He never asked for it, but he felt obligated to follow the wishes of those who seemed to know better.  The bad news....guilt doesn't care who carries it, just that is it carried and he took on more than his share from an early age.  The good news...it didn't truly affected his heart of hearts and though fighting his internal demons from time to time, he turned out to be one fine specimen of the male species inside and out.

The supporting characters were nothing to be shy about!
Vivien's mother was a trouble soul, through no fault of her own, but such a vibrant spirit.  Though we really only get to know her through recollections (~tear~), she still manages to leave her mark in the end.  As for the other matriarch here, Nonnie was a curious woman indeed...and that's me being nice.  One moment, you could swear she was the saintly assist you were praying for and the next, the Evil One, himself.  I get why she did some of what she did but it doesn't make it right...for anyone.  Blood is not more important than family and secrets always have a way of coming out.

The plot...it thickens!
If you've been reading my review thus far, you know a bit about the plot points I'm talking about.  It's not just a John and Jane story, but OH SO MUCH MORE.  There's the glimpses back in time, the secrets long held on both sides of the family lines, the unacknowledged feelings kept at bay, the BIG SECRET that should've been spilled the moment it was known...shall I go on?  So much happens, so much is happening, and so much hangs in the balance, that by book's end, you'll be hanging on every word.

The ending!
In a word, PERFECTO.
In several words, a befitting end to a topsy-turvy romp through several lives well lived.  Though they grew up with unknown secrets and misconceptions, they survived to not only tell the tale but smash it to bits and write their own happily-ever-afters.  It may not look neat and pretty at all times the way "the Mantis" would prefer, but it was perfectly Hollywood A-list material to Vivien and Henry (and readers!) and by golly, that's what REALLY mattered!

Recommended read for adult Contemporary Romance fans due to a few blush-inducing scenes.  This is one book that NEEDS to be on your wish list, or better yet IN YOUR HANDS for a great addition to your summer reading! 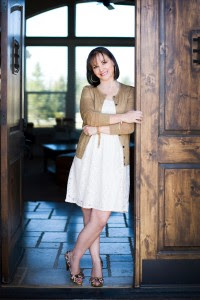 Four of her novels were named among the Top Ten Favorite Books of The Year by Romance Writers of America. Two of her novels, True Confessions and Not Another Bad Date, were awarded the RITA, Romance Writers of America’s highest honor of excellence. Some of Rachel’s other awards and achievements include The Golden Heart Award, the National Reader’s Choice, Amazon Editor’s Top Pick, Publisher Weekly’s Quill nominee, Borders bestselling romantic comedy and Romantic Time’s Career Achievement award.

When not writing, Rachel can be found shopping for shoes or looking for strange and unusual flowers to plant in her garden. 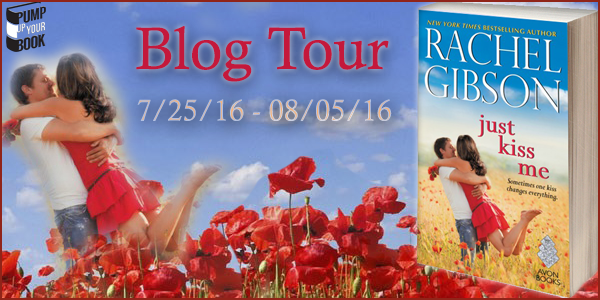 Special thanks to Dorothy at Pump Up Your Book and the Avon Books publicity team for the ARC for review.  (THANKS!)  For more information on THIS TOUR, this title, the author, the publisher, or those tours on the horizon, feel free to click through the links provided above.  This title is available now via Avon Books, an imprint of HarperCollins Publishers, so be on the lookout for it on a bookstore shelf or virtual retailer of your choosing.

BEFORE YOU GO...
DON'T FORGET TO STOP BY THE OFFICIAL TOUR PAGE TO ENTER TO WIN 1 OF (3) COPIES OF THIS BOOK TO CALL YOUR OWN!

This sounds like a wonderful romance with strong characters. Can't wait to read it myself :D