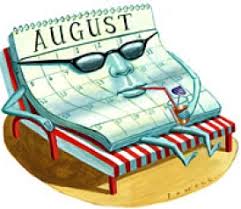 Can you BELIEVE that it's already AUGUST?!
I know I can't.  I had to look at the calendar like THREE times to make sure I was actually seeing what I thought I was seeing and guess what....I was.  Well, will wonders never cease.  For my geographical area, that means as hot if not hotter temps (we don't cool down until at least late October....*ugh*), and back to school for the kiddos in just under THREE weeks.  Good memories for me, impending doom for them as it brings their lounging carefree summer days to an end.  As for us, that's right...you and me...that means even more great reads ahead because as busy as Spring/Summer are, Fall/Winter can be twice as hectic.  I, for one, can't wait...and why should we!  Let's get this August party started, shall we?

Today's featured title is a Contemporary Women's Fiction selection that reads like a romantic comedy with a hint of malice, a dash of snark, and a good size helping of great friends.  It comes to us from the folks at Diversion Books and as it hits stores shelves tomorrow, we're throwing a PRE-PUB PAR-TAY today!  Are you game?  Good because you're gonna need all your wits about you to figure out the mystery at the heart of this foodie escape.  Don your kitchen whites because book of choice is on deck... 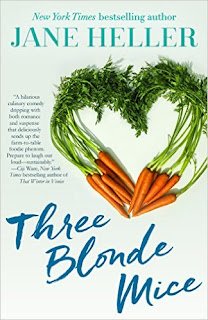 About the book...
In Jane Heller’s wild and charming novel of romantic comedy and suspense, three friends go on a cooking excursion with a famous chef, only to discover one of their classmates is very keen on practicing knife technique.

Elaine Zimmerman and her best friends Jackie Gault and Pat Kovecky venture to a farm in Litchfield, Connecticut. It’s been over a year since their last trip together, a Caribbean cruise aboard the Princess Charming, and after dealing with a murderous ex and his hit man, they’re yearning for a no-drama vacation this time. During their Cultivate Our Bounty Week, they and eight other guests will learn how to cook farm-to-table meals with Whitley’s artisan-in-residence, a renowned TV/restaurant chef named Jason Hill. Elaine, the jaded, neurotic narrator, is less than thrilled—especially because the program wasn’t supposed to include a surprise appearance by her former boyfriend Simon, who’s still the love of her life but can’t commit to her. What’s more, after milking a cow and making cheese, she stumbles on evidence that one of her fellow agritourists is out to murder Chef Hill at the resort’s Bounty Fest finale.

Is the killer among the freakishly fit Manhattan couple who takes their devotion to organic, hormone-free, non-GMO food to the point of obsession? The grandmother from Wisconsin who’s a groupie of the celebrity chef and follows him to every event? The mother and son from Palm Beach who bicker over whether he should give up his law practice to open his own restaurant? Three Blonde Mice serves up a crackling romance between Elaine and Simon, a twisty whodunit involving a screwball cast of suspects and a satire of current food fads and the farm-to-table chefs who perpetuate them.

This is the story of what happens when agritourism goes one step BEYOND the table.  It reminds us to be true to ourselves AS WELL AS others because you just never know whom you might offend with that little white lie and end up going from top chef to prime entree.

First things first, that title!  Usually the cutesy stuff gets taken up by the Cozy Mystery genre but not so in this case.  While there IS a mystery to solve, it's not all about THAT drama, it's about all the other drama, and the title works perfectly for our sleuthing trio while still being playful.  Now, speaking of that trio...

For me, the ladies star front and center reminded me of the Sex and the City quartet minus one. They've all got distinctive personalities, missions, and even a "Mr Big" contender. They share the highs and lows of their lives, often times around the table, while being more than content to enjoy that middle ground as well...too bad they haven't HAD much middle ground recently to enjoy and it looks like this getaway won't provided any either.  Now before we go too far, just wanted to let you know that we're coming into this series a book behind, but despite that slight disadvantage, it only served to add another title to my wish list as opposed to introducing any obstacles to my enjoyment of this story.  Nuff said.  Continuing...

The ladies (Jackie and Pat) are here to support their friend (Elaine) as she aims for a fresh start devoid of her commitment phobic ex (Simon).  It's suppose to be a week of food, fun, and friends (perhaps some "more than friends" too!)...but alas, it looks like dessert will be fiendish behavior in the form of an uber creepy stalker-ish letter, and a big finale that'll leave someone down for the count.  Can the ladies uncover the potential hench man or woman before things really heat up or will they have to stay out of the kitchen...PERMANENTLY....
(Psst!  You'll have to read it to find out!  ^-^)

Between the murder mystery and the foodie adventure, one would have more than enough to occupy themselves with here, but the author does one better with these memorable characters.  I could honestly say that in real life, I'd adore friends like these ladies.  I mean, they're there for each other through thick and thin, aren't afraid to call each other as well as themselves out on any BS, and can work a secret arrangement (with good intentions!) with the best of them.  Then there's all the other attendee's of the event...and potential KILLERS...adding their own flavor to the mix.  From the too-good-to-be-true love interest to the slightly obsessed foodie groupie couple to the "I-bleed-Earth" pair, they are as varied as they ingredients they'll be working with.  The Cultivate Our Bounty week was an awesome time to look behind the agritourism (didn't really even know the word before this book) craze sweeping the nation without ever getting your hands dirty....though I dare say, it sounds like FUN!  Healthy for you, good for the earth, kind to the sources of our nourishment....not a bad mix.

In the end, it was a delightful read that had be turning pages while smiling, snickering, or smacking my lips at the delicious recipes described.  WARNING:  DO NOT READ ON AN EMPTY STOMACH!  The humor and friendship were contagious, the info on agritourism and farm-to-table restaurants eye-opening, and that fact that someone ACTUALLY gets hit in the arse (w/a bullet) that deserves it, TOTALLY worth it.  These gals are a great trio, and sharing their adventure was  really BANG BANG! (inside joke) Recommended read for Contemporary Romance, Women's Fiction, and Romantic Comedy fans...as well as those that simply love a delicious fictitious tale to drool over for various reasons.  *wink* 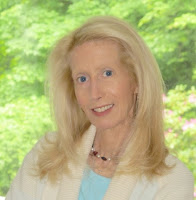 Jane Heller is the New York Times and USA Today bestselling author of Female Intelligence and Princess Charming. Her thirteen novels of romantic comedy and suspense have been entertaining readers around the world, along with her two books of nonfiction. Currently, she and her husband divide their time between New Preston, CT and Santa Barbara, CA.


Special thanks to Chris at Diversion Books for ARC for review.  (THANKS!)  For more information on this title, the author, or the publisher, feel free to click through the links provided above.  This title hits shelves TOMORROW (08/02/16), so be on the lookout for it on a bookstore shelf or virtual retailer of your choosing.  In the mean time, I have an EXTRA SPECIAL SURPRISE for you....A CHANCE TO WIN! 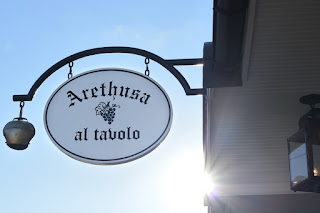 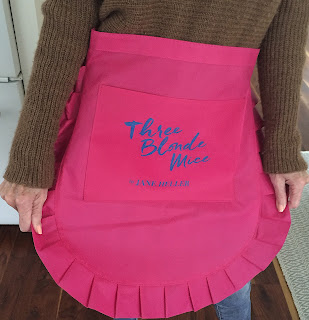 That's right!
Thanks to the generosity of the Diversion Books team and author Jane Heller, YOU HAVE THE CHANCE TO WIN a custom apron to wear while cooking the book's bonus recipe, Dark Chocolate Marquise, courtesy of pastry chef al Tavolo, a farm-based restaurant in Connecticut!  All you have to do is fill out the Rafflecopter below and you're in it to win it.

*Entries accepted through midnight 08/07/16.  US addresses only, no P.O. Boxes please.  Winner will have 48 hours to respond with their mailing information for prize send out, otherwise a new name may be chosen.  SFIR is not responsible for lost prizes.

I haven't ever tried that type of vacation but it sounds very appealing. Thanks.