Today, we're traveling to France, albeit reluctantly since our traveling companion would much rather stay in the US of A, and learning all about cryptography, cat burglaring, and the Comtesse de la Motte.  Oh yes, my friends, you're about to get a wee lesson in French and a deeper understanding of foreign affairs from yesteryear that just might be more relevant in Daisy's present then she realizes. So, mon petit, are you ready for today's livre de choix?  Oui!  Then let us welcome our featured title via Sparks Marketing... 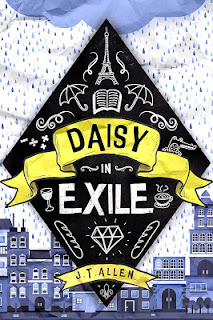 About the book...
Twelve-year old Daisy Tannenbaum gets expelled from school for punching a bully and sent to live in Paris with her Aunt Mill, who teaches math at The Embassy School.  Terrible at math, with a chip on her shoulder the size of New Jersey, Daisy arrives to find her enigmatic aunt moonlighting as a cryptographer, working to decipher an antique code used by Louis XVI’s secret service during their covert operation to recover the infamous Queen’s Diamonds from Comtesse de la Motte.  Faster than you can say, Quel horreur!, Daisy gets involved in a serpentine plot involving the lost jewels, encountering spies, Russian gangsters, bent antiquities dealers, an octogenarian diamond appraiser, the hyper-stylish daughter of a jazz pianist, a seven-foot sewer crocodile and an apprentice cat burglar who insists on calling her Grace Kelly.

Though this was my first introduction to Daisy Tannenbaum, I've gotta say...she's a pretty great gal.  Grant it, she's shipped away to France by her parents after socking some poor soul (no really...they deserved it) in the nose and causing her pregnant mother other heartache, but really, she is très magnifique! She stands up for the underdog, speaks her mind without being rude about it, and when she smells a rat, there's no way you can keep her from uncovering the who, what, why, and how of it all. Good thing too because Aunt Millicent is gonna need her smarts and tenacity if she hopes to crack the code she's currently working...and stay alive.
*dun dun dunnnn*


Seriously, who KNEW this was going to turn into such a cliff hanger, or perhaps I should say ROOF hanger?!  Though a little heavy on the history side of things for my usual tastes, I still found myself caught up in the whole affair with these wonderful characters.  I loved Daisy, of course, but her friends (Nina...so sophistiqué, hanche, and fun!), family (Aunt Millicent rules...hands down!), and acquaintances (Sief...okay, so he's a friend eventually, but not quite from the start), give the story the cohesion it needs to truly be memorable. After all, without the twists, turns, and connections, it'd just be another retelling of events long past.

In the end, I say bravo to the author for creating such a fun character that readers would love to call friend while infusing the story with enough history to have them not only walk away entertained, but sneakily educated...apparently HE took a page from Sief's personal guide book! It's an adventure filled romp through the streets (and underbelly!) of France that celebrates the wonders of the fair cities while giving you a reason to cast a second glance on things that at first seem too good to be true. Side note...be sure to check any phrases you need to define with the handy guide in the back of the book, arranged by occurrence, not by alphabet...and take a second to look at the copyright page for an unexpected giggle. 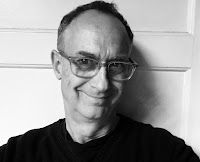 J.T. Allen is a long-time screenwriter who sold his first script while living in Paris.  He then moved to Los Angeles and wrote several early drafts of The Lion King.

The first Daisy Tannenbaum misadventure, Daisy and the Pirates, started as a pitch for a Disney Channel movie.  Allen loved the character, who was inspired by his two daughters, and wrote a novel instead.
Daisy in Exile, the second in the series, started as Daisy's blog, My Stupid Journal.  In the meantime, this very instant, Daisy has a crack troop of monkeys working day and night to create a third book while she is off getting into mischief, which she (or Mr. Allen) will no doubt tell the monkeys all about.

Special thanks to Adrienne at Sparks Marketing and author J.T. Allen for the copy for review as well as the chance to bring this title to you.  (THANKS!)  For more information on this title, the series, the author, or those promotions on the horizon, feel free to click through the links provided above.  This title is available now via Sumas Press, so be on the lookout for it on a bookstore shelf or virtual retailer of your choosing.