The Dog Behind Me by David Belisle

Today, we're diving between the pages of an ebook that struck a chord in my wide ranging curiosity when it arrived in my inbox.  It's from a new-to-me author, but happens to be the FIFTH release in his published repertoire and while the title may raise an eyebrow or two, the story is much deeper, much darker, and much more insightful than at first you might think.  So, SIT...STAY...and get ready to meet today's title in the spotlight... 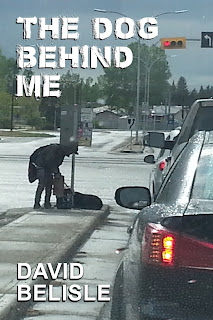 The Dog Behind Me
by
David Belisle

About the book...
Jake Belvedere grew up without the father he desperately needed. High school diploma in hand, he reaches out to his father, who reluctantly takes him into his Brooklyn apartment. Jake returns home six months later however, his father having cut the cord, severing their relationship. The 18-year-old struggles to understand.

Shortly thereafter, his father dies of a heart attack. A distraught Jake spirals downward out of control, landing on the cold, unforgiving streets of Calgary.

Seven years pass. A black Labrador retriever happens upon Jake. The stray dog is the reincarnation of his father -- a fact all too obvious for the Lab, but lost upon the young man. The two begin a journey of survival and a second chance at the relationship they never had.

If you're thinking this is going to be a light and fluffy read, think again.

The story follows Brian aka D.B. aka Buddy aka a lot of other names befitting man's best friend (sorta) from his new start in life, or rather his NEXT life....as a dog.  Yep, that's right.  The old guy bit it on the shores of California after living hard-ish, fast-ish, and most certainly neglecting his own health as well as the well-being of the family/friends that surrounded him.  I know, it sounds harsh the way I phrased his demise, but really...he wasn't the greatest of men.  Good thing he has a second chance then, right?  I mean it makes sense that his spirit is imbued in the four-legged friends we turn to, depend on, care for, and ultimately love as much as they love us, when his reality was so much different.  Perhaps he'll learn a lesson or two...and eventually, he might be able to TEACH a lesson or two as well.  Who exactly would be the student of a dog?  How about his wayward son...thrown off course by his father's death in such an extreme way, it'll take a miracle to bring him back to port...or perhaps not.  Maybe all he needs is the right furry friend, and the kindness of a stranger (Holly) to  kick start the change in outlook he needs to pursue his potential (or even regular bathing) once again? 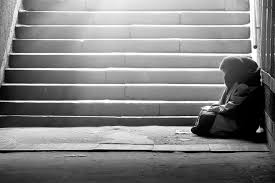 I admit, on the whole, it wasn't a bad story.  I think the grittiness of the story will hep reach a larger audience while showing all too well how people are affected differently by change.  It encourages us to reach out to our fellow man because you never know who that struggling person on the corner was before their change in situation or who they could be one day...yet in the mean time, they ARE still a person, situation be darned.  There's definitely a "seize the day" quality to it, so that regrets are not what we are tallying in our final moments, as well as a high esteem for man's best friend and the lessons they can teach us.  What I found funny though is that I enjoyed looking at life much more through Buddy's eyes than Jake's...perhaps it was the wisdom Buddy had already obtained versus the extreme nature of Jake's dive off the reality wagon into ambiguity, but I felt much more for Buddy's plight than Jake's.  In hindsight, I see it was the only way he knew how to deal, but for my conscious mind, it was hard to break away from the thought that he did this to himself...punished himself for something that was never his fault.

In the end, it was a curious read that will have you looking at your fellow man with new eyes and a greater respect for the history they hide beneath their veneer.  Recommended for adult readers. 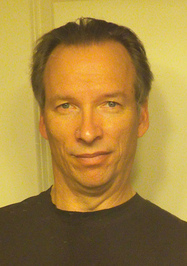 David Belisle is a novelist and screenwriter in search of the next Great Guffaw. Like getting splashed with a bucket of Gatorade, it's a good time that sticks with you. A Scrabble-playing, fantasy sports buff, the Calgary-based Belisle has sharpened his pencils in New York, Nebraska and the always fun to pronounce Flin Flon, Manitoba.

Special thanks to author David Belisle for the ebook for review.  (THANKS!)  For more information on this title, the author, or his other works, feel free to click through the links provided above.  This title just celebrated its BOOK BIRTHDAY earlier this month (August 5, 2017), so click on over to your favorite online retailer to download your copy today.