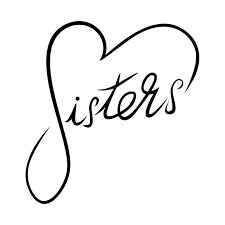 Today, we're joining Pocket Books for a Sisters' Saturday SPOTLIGHT on the latest release from none other than V.C. Andrews.  It's the third title in The Mirror Sisters series and from the sound of things, you're not gonna want to sit this one out!  But, as always, you don't have to take my word for it...not only are there several other sites in the blogosphere participating in today's special event, but I've got your scoop on this one in three...two...one....READ! 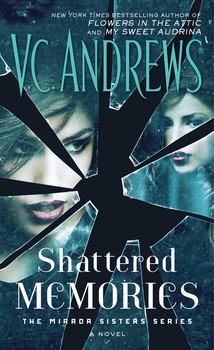 About the book...
In this finale of the darkly gothic Mirror Sisters trilogy, one twin fears her reunion with sister dearest…They share an unbreakable bond...An inescapable bond. As identical twins, Haylee and Kaylee Fitzgerald have always done things in exactly the same way. Under their mother’s guidance their every outfit, every meal, and every thought was identical. But now things are different. With Kaylee back at home after her sister's betrayal, Kaylee struggles living a life which has been turned inside out. With her mother and Haylee away, Kaylee’s alone and more lost than ever. Her father suggests going to a new school where she can have a fresh start, and where no one will know about her dark past. But if Kaylee knows her sister at all, she knows that her twin isn’t through with her yet… 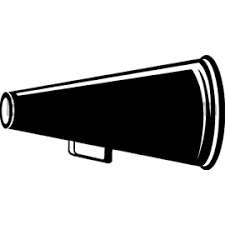 Sounds good, right?
That's what I thought too, but if you're like me, you were also curious about the two books previously released in this trilogy.  Just admit it, you know you were.  As far as I'm concerned, there is nothing wrong with that because the more the merrier with books!  So, in that vein, I thought it only fair to refresh your memory.... “This is classic V. C. Andrews, dark and gothic, with a pair of tormented sisters…It’s very good that a second and third installment are planned soon…the story is always building and the tension increasing. If you like Andrews or gothic horror, you’ll race through [The Mirror Sisters], shivering with dark delight.”
—Suspense Magazine

About the book:
From the New York Times bestselling author of the Flowers in the Attic and My Sweet Audrina series, which have become Lifetime movies in 2014-2016, V.C. Andrews® unveils theTHE MIRROR SISTERS—a riveting start to a new series about the saga of identical twin sisters tortured by their perfectionist mother to become more and more alike—until one of them snaps. ALIKE IN EVERY SINGLE WAY . . . WITH ONE DARK EXCEPTION. Because they’re identical twins, their mother insists that everything about them be identical: their clothes, their toys, their friends . . . the number of letters in their names, Haylee Blossom Fitzgerald and Kaylee Blossom Fitzgerald. If one gets a hug, the other must, too. If one gets punished, the other must be, too. Homeschooled at an early age, when the girls attend a real high school they find little ways to highlight the differences between them. But when Haylee runs headfirst into the dating scene, both sisters are thrust into a world their mother never prepared them for—causing one twin to pursue the ultimate independence. The dark disparity between the two girls may spell the difference between life . . . and a fate worse than death. 
“I had to keep turning the pages to find out the next step in this suspenseful novel. It’s amazing how one twin is evil and the other thinks her sister cannot possibly hate her this much. This is a mind grabbing tale that makes you hold your breath until the very last page.”
—Romance Junkies

About the Book:
One night, in the darkness of a movie theater, Haylee reveals that she’s leaving to meet up with someone she knows from online. But suddenly feeling ill, and not wanting to disappoint this older man, she convinces Kaylee to go as her instead. He’ll never know, and this way he won’t think she stood him up. Kaylee reluctantly agrees to go, but when the credits roll and she’s nowhere to be found, Haylee confesses everything to her mom. With the manhunt on, Haylee knows everything must be done to find her sister. Still, for the first time in her life, she’s free from her twin, which, really, isn’t so bad . . . is it?


One of the most popular authors of all time, V.C. Andrews has been a bestselling phenomenon since the publication of Flowers in the Attic, first in the renowned Dollanganger family series, which includes Petals on the Wind, If There Be Thorns, Seeds of Yesterday, and Garden of Shadows. The family saga continues with Christopher’s Diary: Secrets of Foxworth, Christopher’s Diary: Echoes of Dollanganger, and Secret Brother.  V.C. Andrews has written more than seventy novels, which have sold over 106 million copies worldwide and have been translated into twenty-five foreign languages. Join the conversation about the world of V.C. Andrews at Facebook.com/OfficialVCAndrews.


So...if you're adding this series to your wish list, I applaud you mightily BUT you don't have to merely WISH for a set to magically appear on your bookshelf.  Nope.  Thanks to the publisher, YOU HAVE A CHANCE TO WIN ALL THREE BOOKS!
Go ahead.  Muppet flail, scream, woo-hoo, or whatever it is you're dying to do because really, how will you focus on how to enter if you're running about like that?


Enter to win the complete Mirror Sisters Series, Books 1-3!
All you have to do is complete the entry form at any of the blogs participating in the Sisters’ Saturday Giveaway and you're in it to win it!
But remember, you can enter more than once but you can only win once!
U.S. only...and the winner will be announced on Saturday, November 18th!

Special thanks to Melissa at Simon & Schuster for the chance to bring this promotion to you.  (THANKS!) For more information on these titles, the author, or the publisher, feel free to click through the links provided above.  Shattered Dreams just celebrated its book birthday October 31, 2017 via Pocket Books, an imprint of Simon & Schuster, so be on the lookout for it on a bookstore shelf or virtual retailer of your choosing.  ALSO, keep a watchful eye out for the other sites participating in the tour for more chances to win!

My favorite memory was 5 years ago when I donated a kidney to my younger sister. She is now living a full and joyful life.