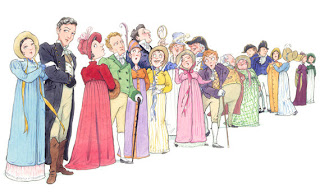 Today, we're joining the leagues of Austen-ites out there as we explore yet another original work of Fiction that takes its lead from her legacy, yet gives us something all its own.  From the number of books I've read that work off of this formula (and no, we're not talking about my less than up to par reading of the original works), you'd think it would get old fast.  I am here to say that given the right creative mind, it most certainly does....NOT.  Gotcha!  No, fair readers, I must say I've rather enjoyed the ventures I've had within this sub genre (of sorts) and today's title does nothing to disparage that idea.

So, if you'll be so kind, join me as we play host to a stop along the TLC Book Tour starring today's book of choice.... About the book...
After years of following her best friend’s lead, Mary Davies finds a whimsical trip back to Austen’s Regency England paves the way towards a new future.

Mary Davies lives and works in Austin, Texas, as an industrial engineer. She has an orderly and productive life, a job and colleagues that she enjoys—particularly a certain adorable, intelligent, and hilarious consultant. But something is missing for Mary. When her estranged and emotionally fragile childhood friend Isabel Dwyer offers Mary a two-week stay in a gorgeous manor house in Bath, Mary reluctantly agrees to come along, in hopes that the holiday will shake up her quiet life in just the right ways. But Mary gets more than she bargained for when Isabel loses her memory and fully believes that she lives in Regency England. Mary becomes dependent on a household of strangers to take care of Isabel until she wakes up.

With Mary in charge and surrounded by new friends, Isabel rests and enjoys the leisure of a Regency lady. But life gets even more complicated when Mary makes the discovery that her life and Isabel’s have intersected in more ways that she knew, and she finds herself caught between who Isabel was, who she seems to be, and the man who stands between them. Outings are undertaken, misunderstandings play out, and dancing ensues as this triangle works out their lives and hearts among a company of clever, well-informed people who have a great deal of conversation.

I must say, I do believe I enjoyed this story even more so than I might have first imagined.  I was prepared for a story playing homage to the tales written by this infamous writer, but what was delivered was something entirely more.

We all know a Mary, or perhaps ARE one to some degree ourselves, and feel quite content with the friendship we have with her.  If you're on the Isabel side of things, perhaps you enjoy the feeling of superiority her "innocence" or somewhat socially awkward presence brings.  If you're on the Mary side of things (*raises hand*), you may feel power in the fact that your search for knowledge and curiosity knows no bounds, despite your naivety working against you from time to time.  Neither end is truly a bad one to be on, so long as we take the other into account.  Here, Mary and Isabel are in for an eye-opening discovery about not only their pasts (new insight to old realizations), but their presents (GASP!  You don't want to know...now at least), and the off balance dance they've been unconsciously in their whole lives.  It's true what the caretaker of their vacation haven says...sometimes TRUTH can be discovered when we're NOT ourselves, but rather playing a part.

The only hangup I had was this...I was as thoroughly confused as our leading Mary as to Nathan's intentions!  I mean color me clueless (because let's face it, in some ways I'm much like our leading lady), but one moment he seems all flirty (but still gentlemanly), the next he couldn't seem any more interested than a cat in taking a bath, and still the next we're uncovering secrets that, well, quite frankly surprised the daylights out of me.  (Really, NEVER saw that one coming....N-E-V-E-R!)  So, while it could just be me, I'm not so certain it was...perhaps he just played his part a little TOO well and the guessing game was all a part of the grand scheme of things.

In the end, I am quite content in adding this to my own personal list of "Books for Austen fans", whether they happen to be one of the raving throng, or merely friends with her renowned works.  There's enough of the originals to recognize the players and their parts, but not quite so much as to take away from the original direction of the story unfolding.  I appreciated the literary exploration as much as the unraveling of the complicated relationships we girls sometimes have with one another. Don't deny it, you know it's true.  The story's steady pace never leaves you wondering when the end will be reached, but rather wishing it were further away...and the ending, well...I do believe I'm rather fond of it too.  ^_^  Truthfully, there were many things to be fond of within these pages, and I cordially invite you to discover them on our own. 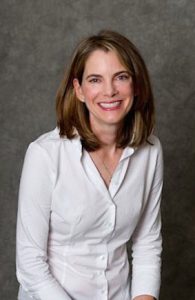 Katherine Reay has enjoyed a life-long affair with the works of Jane Austen and her contemporaries—who provide constant inspiration both for writing and for life. She is the author of three previous novels, and her debut, Dear Mr. Knightley, was a 2014 Christy Award Finalist, winner of the 2014 INSPY Award for Best Debut, and winner of two Carol Awards for Best Debut and Best Contemporary. Katherine holds a BA and MS from Northwestern University and is a wife, mother, runner, and tae kwon do black belt. After living all across the country and a few stops in Europe, Katherine and her family recently moved back to Chicago.

Special thanks to Lisa at TLC Book Tours for the chance to bring this tour to you and to the Thomas Nelson team for the copy for review.  (THANKS!)  For more information on this title, the author, her others works, the publisher, THIS TOUR, or those on the horizon, feel free to click through the links provided above.  This title is available now via Thomas Nelson, so be on the lookout for it on a bookstore shelf or virtual retailer of your choosing.

I'm so pleased that this book exceeded your expectations! Thanks for being a part of the tour.