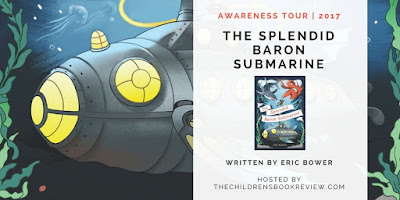 Today, we're joining The Children's Book Review for a BLOG TOUR already in progress.  It stars the second installment of a peculiar little series that promises nothing but delivers everything...and that's just for starters!  If you're ready for some zany, clever, slightly sinister, and dangerous fun, full speed ahead for today's book of choice is on deck! 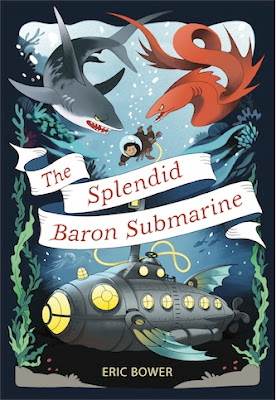 About the book...
Waldo “W.B.” Baron is back with another amazing adventure in another incredible invention! Pirate treasure? A clandestine meeting? A terribly rude monkey with personal boundary and hygiene issues? Two of those things sound like a dream come true to W.B, whose clever inventor parents are hired―by the Vice President!―to go on a super secret and intensely important treasure hunt to repay a national debt. If only it weren’t for that lousy, rude monkey, it would be the beginning of a perfect adventure. But at least it isn’t squirrels…

The treasure hunt gives the Baron family the opportunity to use their exceptional steam-powered submarine, freshly biggened and ready for adventure! But things are seldom straightforward for the eccentric Baron family, and this treasure hunt is no exception. W.B.’s trademark bad luck has him suffering monstrous marine misfortune and marauding monkey misery.

Can the Baron family embark on their newest adventure without the eggy and depressing Aunt Dorcas? Will the Barons find the treasure they seek? Will they save the country from financial ruin? Where does the monkey fit in, anyway? Do we like asking questions? Not really, but inside you’ll meet someone who likes asking questions and then answering them (despite his claims to the contrary, he really does like it).

Oh, did we mention the pirate’s curse? 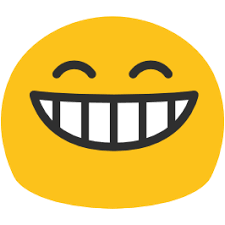 My initial reactions...
That was ridiculous! That was absurd! That was mostly unlike anything I've ever read! I loved it! Seriously, good times to be had between these pages and a crazy amount of unbelievable yet incredibly true adventures to embark upon!
...and I stand by that!

Right from the start, I was taken in by the quirky and fun conversational styling the author uses to share the Baron's story. With wordy wit and snarky snark, there's just no way you can deny it; this book was made to be a lot of fun!  The story itself starts off with a bang.  After all, where else have you encountered chapters titled things such as "Very Peculiar Underwear, Stephen", and "Double Dorcased", or an opening passage containing...

"And that's when the killer monkeys showed up.  They all started to attack me, slapping me senseless with their big monkey paws, when suddenly -"

...I mean, come on!  If that doesn't grab your attention, I'm not certain what will...but I will endeavor to do so further because the story outside of its wit and wonderment is just as entrancing!  We start with Mongo and Knuckles, two goons on a mission that they can't quite keep between them (the definition of secret escapes them entirely), continue with the "very peculiar underwear, Stephen" person (no comment), head out with the Barons on a secret-type mission of their own where we encounter any number of dangers and problems that need more than simple luck to be solved (not the least of which include a monkey, a shark, and an eel), and wind up dangling between the jaws of oblivion (dun dun dunnn!) just when all seemed said and done.  It's as much a story of curiosity, invention, and imagination, as it is of self-worth, family standings, and never-saying-die.  I think of it as The Goonies meets A Series of Unfortunate Events...and I know I'll be seeking out the first book as well as the forthcoming third in this utterly ridiculous but OH-SO-FUN series!

Recommended for Children's Fiction fans of the target age group and beyond!

Eric Bower is the author of The Bizarre Baron Inventions series. He was born in Denville, New Jersey, an event of which he has little recollection, yet the people who were there have repeatedly assured him that it happened. He currently lives in Pasadena, California. His favorite type of pasta is cavatappi, his favorite movie is The Palm Beach Story, and he is the proud recipient of a “Beanology Degree” from Jelly Belly University in Fairfield, California. His wife and family have told him that the degree is nothing to be proud of, since “It’s not a real degree. You know that . . . Right?” and “Eric, they literally give them to everyone who visits the Jelly Belly factory,” but he knows that they’re all just jealous. 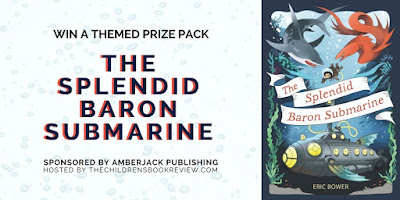 Special thanks to Bianca at The Children's Book Review for the chance to bring this tour to you. (THANKS!) For more information on this title, the author, THIS TOUR, or those on the horizon, feel free to click through the links provided above. Speaking of this tour, be sure to stop by the other sites participating in this online party for more bookish fun!

Thanks so much for your review of this book. My one grandson loves crazy & zany stories. So this is it for him.
Carol L
Lucky4750 (at) aol (dot) com