The Girls at 17 Swann Street by Yara Zgheib

Hi there.
Welcome back to Satisfaction for Insatiable Readers.

Today, we're talking about a title that just released last month via St. Martin's Press.  It covers a big topic in an amazing way, while allowing all the feels that go with it to boil over time and again with no regrets.  It's not a "pretty" story, in fact it's rather tragic...especially when you're reliving a memory through one person's eyes only to see it in an entirely new light when viewed from another's mind...and yet, I have no regrets about recommending it in the least.  Ladies and gents, I give you today's book of choice... About the book...
The chocolate went first, then the cheese, the fries, the ice cream. The bread was more difficult, but if she could just lose a little more weight, perhaps she would make the soloists’ list. Perhaps if she were lighter, danced better, tried harder, she would be good enough. Perhaps if she just ran for one more mile, lost just one more pound.

Anna Roux was a professional dancer who followed the man of her dreams from Paris to Missouri. There, alone with her biggest fears – imperfection, failure, loneliness – she spirals down anorexia and depression till she weighs a mere eighty-eight pounds. Forced to seek treatment, she is admitted as a patient at 17 Swann Street, a peach pink house where pale, fragile women with life-threatening eating disorders live. Women like Emm, the veteran; quiet Valerie; Julia, always hungry. Together, they must fight their diseases and face six meals a day.

Every bite causes anxiety. Every flavor induces guilt. And every step Anna takes toward recovery will require strength, endurance, and the support of the girls at 17 Swann Street.

Honestly, I couldn't quite put it down. Once I got use to the style, which is sort of a cross between letters and conversations to ones self, I was all in...unfortunately unlike some of the girls. It's Fiction, but really hits home for so many and, in my humble opinion, does a good job with such a hot button topic.  It allows readers a chance to see how this disease affects everyone it touches...not just the person suffering from it, but EVERY SINGLE PERSON they come into contact with.  Whether it be their loved ones who care so much, but simply can't understand why they won't just eat...or their best friends with whom they've shared everything and yet can't find a why to share this burden...or the waitress who can't fathom why the person placing an order is taking everything down to the lowest common caloric intake possible...or the coworker that watches them waste away to next to nothing, yet all along thought they were perfectly perfect and strove to be like them...it's an invisible killer (to some degree), but it is just as deadly as a person with a knife. 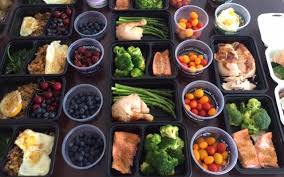 Though I've not suffered with either aspect of eating disorders as we know them, I have read a book or two that has featured them alongside their characters and I rather appreciated the time the author took to really delve into things.  It makes you realize it's not just that one meal, that one last bite, that one time offered slice of cake, but EVERY meal, EVERY bite, EVERY offer of a snack, drink, or candy that is hard.  The reasons behind what they do vary from person to person, as does the ability to get a hold of the disorder and make it a part of you instead of letting it become you, but it really comes down to the will of the person.  It doesn't matter how much someone else wants them to stop what they're doing and just BE HEALTHY; they have to want it too.  Having someone or something to see as the prize at the end of their struggle helps, but they have to want to do it for themselves as well...that proverbial rock bottom must be hit with them still willing to get back on their feet and try try again. 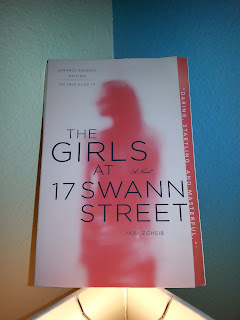 All in all, a deceivingly amazing read behind a curiously titled work that could easily fly beneath your reading radar...word of advice?  DON'T LET IT.  The characters are memorable, their stories as individual as they are, and their struggle shared, yet unique.  Side note...I also kinda like the ARC cover (seen above) more than the final version (see top of post).  Both work, but the vagueness felt in the ARC version seemed to fit the story better to me...what say you?

Yara Zgheib is a Fulbright scholar with a Masters degree in Security Studies from Georgetown University and a PhD in International Affairs in Diplomacy from Centre D'études Diplomatiques et Stratégiques in Paris. She is fluent in English, Arabic, French, and Spanish. Yara is a writer for several US and European magazines, including The Huffington Post, The Four Seasons Magazine, A Woman’s Paris, The Idea List, and Holiday Magazine. She is the author of The Girls at 17 Swann Street and writes on culture, art, travel, and philosophy on her blog, "Aristotle at Afternoon Tea".

Special thanks to the St. Martin's Press publishing team for the ARC for review.  (THANKS!)  For more information on this title, the author, or the publisher, feel free to click through the links provided above.  This title is available now so be on the lookout for it on a bookstore shelf or virtual retailer of your choosing.

Until next time, remember...if it looks good, READ IT!
Posted by Gina at 5:00 AM