Today, we're joining Random House Children's Books for a stop along their current tour featuring a NEW addition to the Middle Grade Fantasy genre with your FAVORITE paranormal creature...ZOMBIES!  That's right.  The undead are rising again, but well...okay, so it's only one technically, but it IS most mysterious, unexpected, and in no way, shape, or form something they wanted to happen.  Problem though...how do you put the zombie back in the box once it's "escaped"...and what if it doesn't really WANT to go back to its satin lined nap-dom?  Ready or not, fair readers...today's book of choice is... 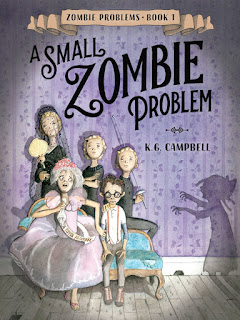 About the book...
August DuPont has spent his whole life inside a dilapidated house with his aunt Hydrangea. His lonely existence ends abruptly with the arrival of an invitation to meet an aunt–and cousins–he didn’t even know existed. When Aunt Orchid suggests that August attend school with his cousins, it’s a dream come true. But August has scarcely begun to celebrate his reversal of fortune when he is confronted by a small problem on his way home. So begins an adventure filled with a wild child, a zombie, a fabled white alligator, and an unimaginable family secret.

At first, I wasn't sure what to make of this one.  I mean, it screams ZOMBIES, but in all actuality, they were initially no where to be seen!  First, we meet young August...a pale lad with honey colored eyes and a peculiar affliction of sorts that makes him a literal magnet for BUTTERFLIES.  Yes, you read that right...butterflies...which doesn't sound bad, until you factor in the fact that his guardian, Aunt Hydrangea, is deathly afraid of butterflies (and pretty much the outside world at this point), so yeah....let's just say that hermits get out more than these two.  Thank goodness most things can be brought to you now a days, making their staid life more bearable...until finally it isn't...at least for August.

Times change, people grow up, and with that comes curiosity, and wanderlust...a need to break free and see the world, or at least the inside of a classroom, along with the chance to make friends.  Was that too much to ask?  It depends who you ask...and when the chance arrives for all this and more to become reality versus dream thanks to a relation he didn't know he had (thanks Aunt Hydrangea....or not), August won't be fenced in any longer.  Off on an adventure to better times and greater living, he's so caught up in his rapture he can't quite see the forest for the trees...but he's about to see the graves for their inhabitants, or rather ONE of their FORMER inhabitants...though just how they came to be UN-dead is beyond him.  Can August survive his first bout in the outside world or will his new undead tag-along be the monkey wrench that rips that chance away?

When push comes to shove, August has a heart of gold.  He knows what's right and what's wrong.  Despite the fact that ANYONE would be tempted to do things they didn't really feel comfortable with given the right situation, I can honestly say I was rather proud of him...even if it took him longer than I'd have liked.  He and Aunt Hydrangea learn so much, as do the other half of the newly revealed relatives...among those lessons, our difference are to be celebrated not hidden, friends should like us for who we are not who they want us to be, the evil twin theory is TOTALLY right, and never underestimate the primal force that is a young girl zombie who feels you're threatening her friend. 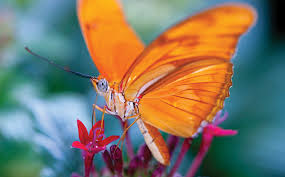 Keith G. Campbell was born in Kenya, but raised and educated in Scotland. He graduated with a master’s degree in Art History from the University of Edinburgh. After trying on several careers, Keith eventually returned to his early passion of writing and illustrating stories. He is the author-illustrator of several picture books, and the winner of two Ezra Jack Keats Awards. A Small Zombie Problem is his first work for older readers. Keith lives in Malibu, California.

Special thanks to Joey at Random House Children's Books for the chance to bring this tour to you as well as the copy for review.  (THANKS!)  For more information on this title, the author, or the publisher, feel free to click through the links provided above.  This title is available now via Knopf Books for Young Readers, so be on the lookout for it on a bookstore shelf or virtual retailer of your choosing.  Be sure to check out the rest of the tour making its way through the blogosphere for more bookish fun!  Be sure to stop back tomorrow for more fun from the beyond as we tackle paranormal favorite number two....g..gh...GHOSTS!