Today, we're joining Rachel's Random Resources for a stop along their current tour starring a work of Women's Fiction that I just so happened to escape into the AUDIOBOOK version of.  *GASP*  I know, right?  I was surprised too!  I haven't listened to many, although the few I have at this point, I have adored (I'm pretty picky though...the narration is key here not just the story!)...and this one is included in that summation.  Yes, once I got into the groove of the story, James was definitely James to a T, and no one could have played ﻿Tilly any better than our Tilly here (the unique combination of Southern and English accents was right on!)...but I'm getting ahead of myself.  Allow me to properly introduce today's audiobook of choice and blog tour guest... 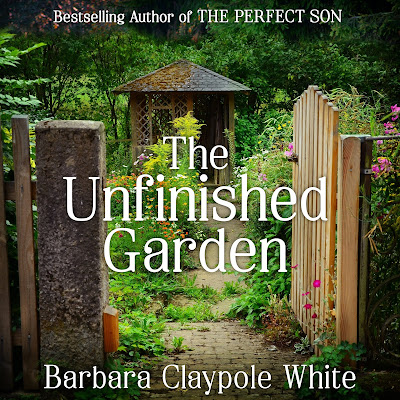 About the book...
A love story about grief, OCD, and dirt

Tilly Silverberg is rebuilding her life with her young son, Isaac, one potted-up plant at a time. Since her husband’s death, gardening has become her livelihood and her salvation. Hiding out in the North Carolina forest, she wants only to be left alone with Isaac and her greenhouse.

New to the area, successful software developer James Nealy needs a garden. On a solitary mission to reclaim his life from irrational obsessions and relentless compulsions, he has a plan: to conquer his greatest fear. Dirt. One glimpse—or two—of Tilly’s garden, and he knows she holds the key. But when he asks her to take him on as a client, she refuses.

After a family emergency pulls Tilly and Isaac back to her native England, she’s quietly happy, because nothing has changed in her childhood village. Or has it? Her first love is unexpectedly single, her mother is scheming, and her best friend is keeping secrets. Then James appears on her doorstep.

Tenuous at first, but gradually taking root, James and Tilly forge an unlikely bond. As they work together to rescue a garden choked by neglect, they unearth each other’s secrets, each other’s fears, each other’s hopes—and maybe, a shared second chance.

“Claypole White’s gift is her ability to put us into the troubled minds of her characters in a way that helps us not only understand them but fall in love with them as well. We discover that while their minds may be different from ours, their hearts are the same.” Diane Chamberlain, New York Times bestselling author

“The Unfinished Garden is a powerful story of friendship and courage in the midst of frightening circumstances … I highly recommend this wonderful love story.” Bergers’ Book Reviews

“Claypole White ... conveys the condition of OCD, and how it creates havoc in one’s life and the lives of loved ones, with style and grace, never underplaying the seriousness of the disorder.” Romantic Times

Alrighty them, so as I was saying...this was only my fourth audio book EVER, since I generally have a hard time getting the narrator I "hear" in my mind versus with my ears to match up.  So yeah, I had to get use to the male and female duo narrating this one.  Honestly, I think I liked the gentleman voicing James (predominantly) a bit more (at least at first), and he really gave what felt like an honest voice to the inner torture that OCD must cause.  The lady giving voice to Tilly (predominantly) took a moment to get the knack of, but it totally fit the character and her origins.  Once they were both "in my head" so to speak, I was hooked and ready to "read".

Tilly and Isaac were quite the team, though I couldn't help but wonder what she was hiding from.  I mean, I see she's been through a traumatic experience, and she has her little boy to think of, but there was definitely something else there...a premonition that gets proved more than right later on.  As for my initial reaction to James Neely...well, quite honestly I wasn't sure what to make of him. Throwing around money is nice and all, but offering double for a garden from a nursery that doesn't even DO gardens is a bit more than eccentric...not to mention the lengths to which he continued to try to wear Tilly down.  Don't worry, I mean in some vein I suppose it could be viewed as stalkerish behavior, but it's certainly not intended to be or taken by Tilly in that tone, letting readers rest more at ease and continue burrowing deeper into the story.

As things progressed both in their relationship (whatever label you wanted to throw at it) and in her personal dramas, I couldn't love the characters anymore than I did.  I was so scared for Tilly when everything was coming apart...and adored Isaac and how smart/sweet he is...and James, well he still remained an unknown quantity for the most part, but was endearing nonetheless. Sebastian on the other hand...I was never really keen on, and quite frankly, Tilly's bestie Rowena wasn't really making be a believer of her character either, but then again there was more on both their plates then we were privy to at the moment.  By book's end, I was completely in love with everything, longing to know just who she would end up with, and honestly thought it might even be herself for that matter (really, so much drama...did she really need it?).  I won't spoil the ending, but I will say that while my guesses were sometimes proven to be truths, it wasn't in call cases, and I couldn't have been happier with the outcome.

All in all, an AMAZING listen/read that I highly recommend to fan's of the Women's Fiction genre. It has loss and love, surprises and revelations, future dreams and realities come true...and it all comes packaged in a fabulous tale that will warm your heart and tantalize the soul. 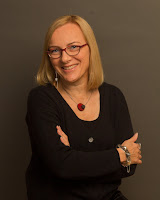 Bestselling author Barbara Claypole White writes hopeful family drama with a healthy dose of mental illness. Born in England, she works and gardens in the forests of North Carolina, where she lives with her family. Her novels include: The Unfinished Garden, which won the Golden Quill for Best First Book; The In-Between Hour, a SIBA Okra Pick; The Perfect Son, a Goodreads Choice Awards Semi-finalist; Echoes of Family, a WFWA Star Award Finalist; and The Promise Between Us, a 2018 Nautilus Award Winner.

Barbara is an OCD advocate for the nonprofit A2A Alliance, which promotes advocacy over adversity.

Until next time, remember...if it looks good, READ (or LISTEN TO) IT!

Thank you, thank you for taking the time to listen and review. As my first book baby, there is so much of the story I wish I could rewrite, and yet James especially still holds a special place in my heart. I guess he's like my first love, you know? 💕