Today, we're joining Rachel's Random Resources for another fabulous tour.  This time around, we're shining the bookish spotlight on a work of Fiction that was inspired by the author's own life.  I suppose that makes it not only a potential add to your must read list, but also a great example of art imitating life.  Anywho, on with the show as we swing the spotlight over to today's title on deck... 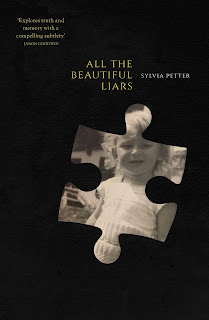 All the Beautiful Liars
by
Sylvia Petter

About the book...
How true are the family histories that tell us who we are and where we come from? Who knows how much all the beautiful liars have embargoed or embellished the truth?

During a long flight from Europe to Sydney to bury her mother, Australian expat Katrina Klain reviews the fading narrative of her family and her long quest to understand her true origins. This has already taken her to Vienna, where she met her Uncle Harald who embezzled the Austrian government out of millions, as well as Carl Sokorny, the godson of one of Hitler's most notorious generals, and then on to Geneva and Berlin. Not only were her family caught up with the Nazis, they also turn out to have been involved with the Stasi in post-war East Germany.

It's a lot to come to terms with, but there are more revelations in store. After the funeral, she finds letters that reveal a dramatic twist which means her own identity must take a radical shift. Will these discoveries enable her to complete the puzzle of her family’s past?

Inspired by her own life story, Sylvia Petter’s enthralling fictional memoir set between the new world and the old is a powerful tale about making peace with the past and finding closure for the future.

~~~ EXCERPT ~~~
All the Beautiful Liars, the fictional memoir of Katrina Klain is a literary novel with a speculative touch set in a period of recent history.

Jamie Stadler, tabloid hack and keeper of the Panopticon where Katrina must tie up her lost ends, introduces Katrina Klain.

Her story cannot be a memoir. Even I could not presume to ghost-write such a thing. There are too many holes. Big holes of silence. And there are dreams, some coming from nowhere, yet they also become a part of the puzzle. What can one do if there are just bits and pieces to go on, held together with slipstitches, and a rosette here and there, to make them look almost beautiful? I, too, can add my – how do you say? – two cents’ worth, although two is an unsightly number, the way it curls and drifts off. Sometimes into memories.

Memories. The bits one feels and the bits one is told, and they all come together as snapshots in one’s mind. Some are lost, and some become parts of someone else’s memories. And some bits just disappear and one ends up looking for them for the rest of one’s life – even beyond it.

2009. Geneva. The phone rang three times. I’d picked it up. ‘Your mother has had a massive stroke. She is alive, technically. We need your permission to remove the breathing tube.’ The accent was broadly Australian.

I’d left my contact number with the home on Sydney’s upper North Shore. In Europe? they’d asked. I can be there in thirty-six hours, I’d said. It’s not as if I lived in the Never- Never.

Now all I had were memories, and a long, painful flight to Australia to bury a woman I perhaps never knew. To bury my mother, Bettina Klain.

I boarded the Qantas flight at Heathrow and settled into a window seat near the rear of the plane. They say that’s where you’re more likely to survive. Snort. Survival was what it was always about. We just get lazy. Forget. Give up or just plain get tired of it all.

I hadn’t slept since the phone call the day before, stayed up to get the early flight from Geneva to London, cross town and then wait at Heathrow for flight QF 002. In the toilets I jabbed my belly with the syringe weeping my anti-blood clot shot and carefully placed the rubber nozzle back over the needle before dropping it into the bin for used pads. The last of the druggies. Ha! Every seven hours my doctor had said. Next loo stop was Singapore. No way could I go on the plane. Don’t forget the support stockings, he’d said. I hated the support stockings that never wanted to stay up on the long lug walking to boarding. I hitched through the fabric of my light linen pants at the elastic stay-ups.

A Bloody Mary, my favourite on flights, a bit of a film. Schwarzenegger oldies came up three times. No blood and guts, please. Kindergarten Cop. Yes. Something funny. Arnie never could disguise his Austrian accent. He was home more often now that he’d given up on politics and his wife had given up on him. So much giving up, all round. I just couldn’t yet. But what did I have? I thought of the last time I’d spoken to Mum just before getting her into the home, six months earlier. I’d been shocked. Angry.

Sylvia Petter was born in Vienna but grew up in Australia, which makes her Austr(al)ian.
She started writing fiction in 1993 and has published three story collections, The Past Present, Back Burning and Mercury Blobs. She has a PhD in Creative Writing from the University of New South Wales.

After living for 25 years in Switzerland, where she was a founding member of the Geneva Writers’ Group, she now lives in Vienna once more. 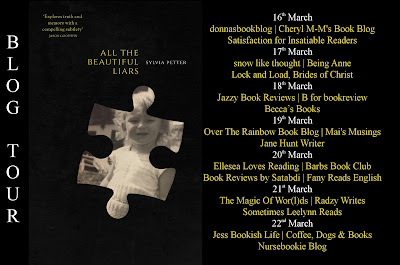