Today, we welcome Rachel's Random Resources and Harlequin Books as we shine the bookish spotlight on a collection of three Historical Romance tales to spark up those cold winter nights...if you actually get any where you are because where I'm at, it's still low 90's and I'd LOVE me some winter, heck even autumn temps!  Anyway, back to the bookish fun at hand.  Ladies and gents, let's journey back to yesteryear as we get between the pages of today's title in the spotlight... 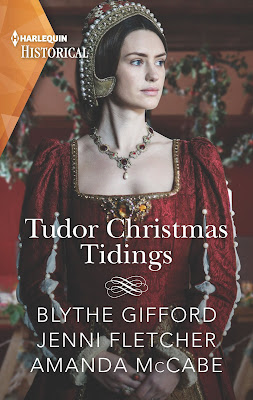 Tudor Christmas Tidings
by
Jenni Fletcher, Blythe Gifford, Amanda McCabe
Mills & Boon
About the book..
Make Merry at Court
…with three Tudor Christmas stories!
In Christmas at Court Sir John Talbot and Lady Alice’s secret betrothal must wait until Henry Tudor claims the throne. Next in Secrets of the Queen's Lady the lady-in-waiting to Anne of Cleves is unexpectedly reunited with a handsome—younger—diplomat at the palace’s festivities! And in His Mistletoe Lady Catherine seeks help from a mysterious Spaniard to free her father in time for Christmas!
AMAZON   UK  |  US
B&N  | KOBO
~~~~~~~~~~~~~~~~~~~~~~~~~~~~~
~~~   EXCERPT   ~~~

... in His Mistletoe Lady by Amanda McCabe, Catherine seeks help from a mysterious Spaniard to free her father in time for Christmas!

Catherine smiled at the sound of the familiar song. It reminded her of Christmases past at home, when she and her father would gather the greenery from the park around their house and she and her mother would tie them into wreaths and swags. It distracted her from her own brooding doubts since the Tower.

All the queen's young Maids of Honor were assigned to decorate the Great Hall for the Christmas Eve feast. Long tables were covered with piles of holly, ivy, mistletoe, and boughs of sweetly scented evergreen, along with every color of ribbon and spangle.

They were supposed to work together efficiently to turn them into wreaths, but efficiency didn't seem to be the order of the day. Most of the ladies sang out of tune as they worked, often leaping up to do a dance or twirl with their ribbons like Morris dancers at a country fair.

Catherine laughed at their antics. She glanced over at her mother, who sat sewing by the fire with Queen Mary and Mistress Clarencius while the queen's dogs gamboled about their feet. Even her mother smiled at the music, and seemed content that day, though Catherine heard her crying and praying over her Rosary in the darkest spot of the night

She tied a bow on the wreath she had just finished, and had sudden memory of her mother leaning over when she was a child, helping her clumsy infant hands with the slippery fabric as they both laughed.

She also remembered once glimpsing her parents standing in a close embrace under a kissing bough. How they leaned into each other, smiling into each other's eyes before her mother bounced up on tiptoe for a lingering kiss.

Catherine felt a sad pang deep inside to remember that tender moment, and to know that once she had dreamed of such a thing for herself, too.

“Is that a kissing bough you're making, Jane?” Cecily asked.

Jane held up her own handiwork, a delicate sphere of greenery. “My grandmother taught me how to fashion one at our house in Buckinghamshire. She said that when she was a girl, it was rumored that if you stood under such a bough with a gentleman at Christmas, you would be in love always.”

Catherine had a flashing image in her mind of Diego, smiling down at her as they held hands under a kissing bough. It was much too alluring, and she shook it quickly away.

“And we do know who would like to be with Jane under the bough this year!” another Maid teased.

Jane blushed, and turned away to reach for more ribbon. “Tis merely an old tale.”

The doors at the far end of the Hall opened, and King Philip appeared with a crowd of attendants, all of them clad in warm clothes for the frosty day outside. He laughed with Ruy Gomez and just behind him were the Duke de Feria, Manuelita de Chavez and her husband, and Master Thomas Loades, the pale-haired gentleman whose brother was in the Tower.

Diego stood just behind them, his dark hair brushed back from his brow beneath a plumed cap, a pair of gloves slapping against his thigh as if he was eager to be outside. He did not smile, but his eyes seemed warm and bright as he surveyed the gathering.

Catherine looked away before she could do something as silly as jump up and run to him. To take his hand, or to demand to know what he was doing at the Tower, she wasn't sure which. She glanced at Jane's kissing bough, and imagined him standing beneath the green sphere, of her gazing up at him, at his beautiful lips, longing to know what they would feel like on hers. She imagined her hands on his shoulders, those powerful muscles beneath softest velvet, so warm and strong and alive, sliding her palms down his chest as his lips lowered to hers...

She pushed away that confounded kissing bough. 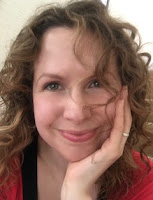 Jenni Fletcher is from the north coast of Scotland and now lives in Yorkshire where she writes historical romance novels. She studied English at Cambridge University before doing a PhD on Edwardian literature & psychology at Hull. She has been nominated for 4 RoNA awards and won for Short Romantic Fiction in 2020. In her spare time she loves baking and, of course, reading.
TWITTER  |  FACEBOOK
~~~~~~~~~ 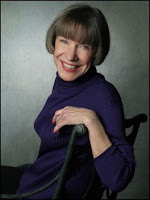 After many years in public relations, advertising, and marketing, Blythe Gifford started writing seriously after a corporate layoff. Ten years and one layoff later, she became an overnight success when she sold to the Harlequin Historical line. Her books, set in the 14th to 17th centuries, typically incorporate real historical events and characters. The Chicago Tribune has called her work “the perfect balance between history and romance.” Blythe lives and works along Chicago’s lakefront.
SITE  |  TWITTER  |  FACEBOOK  |  PINTEREST  |  INSTAGRAM
~~~~~~~~~
Amanda wrote her first romance at the age of sixteen--a vast historical epic starring all her friends as the characters, written secretly during algebra class (and her parents wondered why math was not her strongest subject...)
She's never since used algebra, but her books have been nominated for many awards, including the RITA Award, the Romantic Times BOOKReviews Reviewers' Choice Award, the Booksellers Best, the National Readers Choice Award, and the Holt Medallion. She lives in Santa Fe with a Poodle, a cat, a wonderful husband, and a very and far too many books and royal memorabilia collections.
When not writing or reading, she loves taking dance classes, collecting cheesy travel souvenirs, and watching the Food Network--even though she doesn't cook.
Amanda also writes as Laurel McKee for Grand Central Publishing, the Elizabethan Mystery Series as Amanda Carmack, and the Manor Cat Mystery Series as Eliza Casey.
INSTAGRAM  |  FACEBOOK  |  PINTEREST
~~~~~~~~~~~~~~~~~~~~~~~~~~~~~

Special thanks to Rachel at Rachel's Random Resources for the chance to bring this tour to you. (THANKS!) For more information on this title, the author, this promotion, or those on the horizon, feel free to click through the links provided above. Be sure to check out the rest of tour for more bookish fun!
Until next time, remember...if it looks good, READ IT!
Posted by Gina at 12:00 AM