Today, we continue the bookish fun with the Fall portion of Children’s Book Week! What IS Children’s Book Week, you may ask? Great question! “...Children's Book Week is the annual celebration of books for young people and the joy of reading. Established in 1919, Children's Book Week is the longest-running national literacy initiative in the country…” and that means it gives readers, bloggers, and all the book industry another great reason to shine the light on titles that will enrapture, delight, spark imagination, and really make you think. They are books aimed at kiddos, but meant for readers of that age and beyond, which is a concept I fully subscribe to!
So, this week, in addition to my regularly scheduled bloggy programming, I’ll be highlighting some older and some more recent titles in the Children’s genre that I’ve adventured through this year, so that you too may be in the know and perhaps discover your next best read! On your mark, get set, here comes our book of choice… 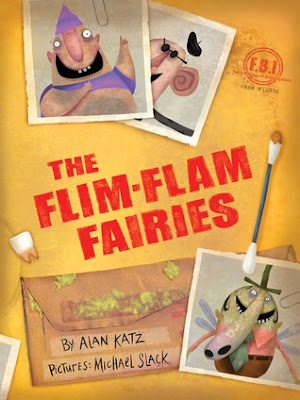 The Flim-Flam Fairies
by
Alan Katz
9780762429967
Running Press
About the book…
Say the word “fairies” and it conjures up images of little winged beings made of gossamer and light, exquisitely dressed in shimmering gowns or twirly, little bejeweled skating costumes. Well, you haven’t met The Flim-Flam Fairies. Be prepared for the crazy antics of the Fart Fairy, Snot Fairy, Dirty Underwear Fairy, as well as a few other less-than-enchanting fairies as they persuade their way into and out of children’s lives in attempts to take over the Tooth Fairy’s under-the-pillow enterprise. A silly story that will have the kids howling into their pillows with laughter!
~~~~~~~~~~~~~~~~~~~~~~~~~~~~~~~~~~ 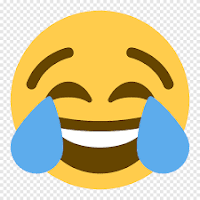 This story was CRAZY.
This story was OBNOXIOUS.
This story was NAUSEATING, SMELLY, and STRANGE.
This story was also….A BLAST!
Think about it. Depending on where you’re from, the term fairies DOES in fact conjure up little sprightly creatures of lore that are either mischievous, or angelic, flying bout their day like it was nobodies business. These fairies? Yeah, not so much because while the imagined deal in light, fluffy, and magical things, they deal in the discarded, unwanted, or underappreciated things. Have a friend that’s lax on their flatulence? The Fart Fairy is your man! Think that kid across the way that digs for green gold is ludicrous? Not when it comes to the Snot Fairy and his trade! Or what about that other friend that tends to leave their less than laundered undergarments out and about when you really wish they’d simply dump them in the wash bin and be done with them? Yeah, there’s a fairy for that too! In fact, there’s one for pretty much any gross, gruesome, or less-than-ordinary endeavor, so before you discount the things that seem out there or strange to you and yours, consider the others that might revel in that oddness like a duck to water, a monkey to a tree, or a dung beetle to 💩 ...well, you get the picture.
A strange and out there story, it’s true, but filled with imagination, creativity, and laughs to boot both in the telling and the imagery.
~~~~~~~~~~~~~~~~~~~~~~~~~~~~~~~~~~
About the author...

Copy for review from my own personal library. For more information on this title, the author, or the publisher, feel free to click through the links provided above. This title is available now via Running Press, so stop by your local brick and mortar or click on over to your favorite online retailer today.
Until next time, remember...if it looks good, READ IT!
Posted by Gina at 12:30 AM