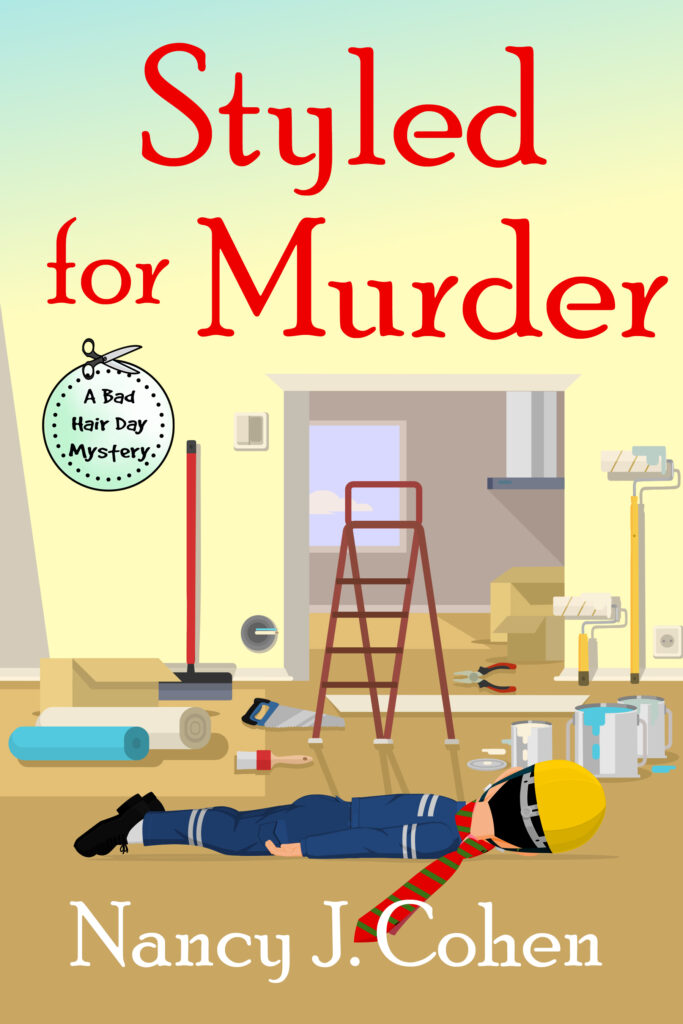 About the book...
Hairstylist Marla Vail flushes out a killer when murder disrupts her mother’s home renovation plans in this stylish cozy mystery.
When hairstylist and savvy sleuth, Marla Vail, gets a frantic call from her mother that there’s a dead body in her shower, Marla realizes this wasn’t part of the home renovation plans. The victim turns out to be the project manager, who had an untrustworthy reputation in town. Disgruntled customers, unpaid suppliers, and the design company’s staff are among the suspects. Which one of them wanted the foreman to pipe down about their shady dealings?
Meanwhile, the lead investigator sets his sights on Marla’s stepfather, Reed, who’s keeping secrets from his family. Reed has a past connection to the victim and won’t come clean about what he knows. As Marla drills deeper, she’s showered with suspicions, but nobody’s willing to leak any information. She needs to hammer down the prospects, or time will drain away and the murderer will strike again.
To flush out the culprit, Marla taps into her pipeline of resources. Can she assemble the clues and demolish the alibis to nail a killer? Or has someone designed the perfect murder?
Recipes Included!

Is Garlic Good for You? by Nancy J. Cohen

I learned about garlic while doing research for my latest cozy mystery, Styled for Murder. My hairdresser sleuth attends a garlic festival and does the hair for contestants in a beauty pageant. She subtly questions the daughter of a suspect while fixing her updo.
Garlic, or allium sativum, has been grown as far back as ancient Egypt. It’s used for both culinary and medicinal purposes. Close relatives are onions, shallots, leeks, and chives.
The familiar odor is produced as part of the plant’s defense mechanism. When a pest invades its cell wall, the plant releases substances that react to form allicin. This compound is responsible for the smell we know. That’s why you crush garlic before cooking. The amount of allicin created depends upon the number of cell walls that are breached. But if you boil or roast a bulb instead, it’ll cause the breakdown of other compounds that produce a different flavor.
Check the origins of any garlic you buy. Imported garlic can be contaminated by heavy metal pollutants or pests. Much of the world’s garlic supply comes from China. Peeled garlic has been known in some instances to be processed by prisoners. The acidic content dissolves their fingernails, and they end up biting off the skins with their teeth.
As for any health benefits of garlic, claims include lowering blood pressure as well as being an antimicrobial, anti-inflammatory, and anti-cancer agent. Garlic contains vitamin C, vitamin B6, manganese and selenium, which can boost the immune system. It also contains a compound known as allyl sulfur that has been shown to slow the growth of cancerous cells.
Raw or cooked garlic is more effective than garlic supplements, although too much garlic might upset your digestive system. Garlic oil or gel may be used as a topical application for the skin for its antiseptic properties, while garlic paste works for oral infections. Don’t apply pure garlic to the skin or it can be an irritant.
To combat the bad breath you get from eating garlic, chew on green herbs such as parsley. The chlorophyll may help to break down the allium compounds and lessen the odor. Or use a good minty mouthwash.
What about vampires? This folklore relates to porphyria, a term for diseases caused by irregularities in the production of heme, a component of blood. This affliction can cause sufferers to be sensitive to light and lead to disfigurement of the skin along with erosion of the lips and gums. Sound like a vampire to you? People who suffer from porphyria also have an intolerance to foods with a high sulfur content, such as garlic.
Are you a garlic fan? Share with us a favorite dish that you make with this savory herb. 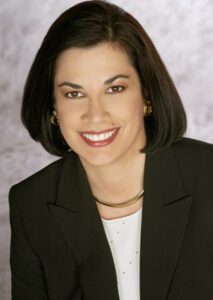 Thank you for hosting me here!