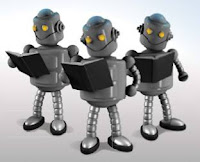 Today is the day to be a rebel.
Rock on with your bad self.
Leave the light on in a room that you've left.
Why am I encouraging you to do "bad" things?
Well, if you h﻿aven't heard, today is the official start of the...

That's right!
This is the official week to celebrate the reading rebel in you.
You may (or may not) be surprised by the number of books that make it on the challenged list each year, and for the various reasons.  Here is a partial view of this year's challenged book list, and the ones that are, were, or will be in my own reading list ...

EVEN MOM'S A REBEL...
Nickel and Dimed : On (Not) Getting by in America by Barbara Ehrenreich
(promotes economic fallacies)

Even a version of the Merriam-Webster Dictionary, if you can believe it, made the ban for defining a sexually oriented phrase...and the list goes on.  In support of Banned Books Week, I am making the choice to add one more "banned" title to my "read" list....To Kill a Mockingbird by Harper Lee, which made the list due to its language use....and making my support of this yearly event known through the ALA BBAW Proclamation...
~~~~~~~~~~~~~~~~~~~~~~~~~~~~~~~~~~~~~

WHEREAS, the freedom to read is essential to our democracy, and reading is among our greatest freedoms; and

WHEREAS, privacy is essential to the exercise of that freedom, and the right to privacy is the right to open inquiry without having the subject of one's interest examined or scrutinized by others; and

WHEREAS, the freedom to read is protected by our Constitution; and

WHEREAS some individuals, groups, and public authorities work to remove or limit access to reading materials, to censor content in schools, to label "controversial" views, to distribute lists of "objectionable" books or authors, and to purge libraries of materials reflecting the diversity of society; and

WHEREAS, both governmental intimidation and the fear of censorship cause authors who seek to avoid controversy to practice self-censorship, thus limiting our access to new ideas; and

WHEREAS, every silencing of a heresy, every enforcement of an orthodoxy, diminishes the toughness and resilience of American society and leaves it less able to deal with controversy and difference; and

WHEREAS, Americans still favor free enterprise in ideas and expression, and can be trusted to exercise critical judgment, to recognize propaganda and misinformation, and to make their own decisions about what they read and believe, and to exercise the responsibilities that accompany this freedom; and

WHEREAS, intellectual freedom is essential to the preservation of a free society and a creative culture; and

WHEREAS, conformity limits the range and variety of inquiry and expression on which our democracy and our culture depend; and

WHEREAS, the American Library Association's Banned Books Week: Celebrating the Freedom to Read is observed during the last week of September each year as a reminder to Americans not to take their precious freedom for granted; and

RESOLVED, that SATISFACTION FOR INSATIABLE READERS celebrates the American Library Association's Banned Books Week, SEPTEMBER 25th, 2010, and be it further

RESOLVED, that SATISFACTION FOR INSATIABLE READERS encourages all libraries and bookstores to acquire and make available materials representative of all the people in our society; and be it further

Adopted by SATISFACTION FOR INSATIABLE READERS

So break out those fresh bookmarks, and grab a book from the list...or share your reading adventure with one of the titles listed.
Why?
...BECAUSE YOU CAN...
...and that's the beauty of reading, is it not?

have fun being a rebel.!

Thumbs up from me! I believe in the freedom to read! Happy reading.

Thanks for the support everyone! Happy reading!

Michelle: Sounds good! Would love to hear what they are doing locally...

Wahoo! Gotta love Banned Books Week with Twilight on the list, just cracked me up when I saw it. People are so funny. Great post though, it's so important to read and allow others the freedom to read what they want as well.