GIVEAWAY: An epic fantasy with zombies...oh my! 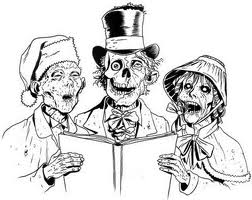 An epic fantasy with zombies....oh my!
Now that "oh, my" does not denote excitement nor despair...merely curiosity on my part.  As frequent visitors to the site may remember, I haven't really read a lot of zombie books at this point (one in fact and while it wasn't un-readable, can't say I was thrilled to bits either), but something about this one has sparked my interest and so Spring 2012, I will satisfy that brain-munching desire with a review of this very title....but that doesn't mean we can't have a little fun with it now.

The book in question is The Violet Jewel, Book 1:  Raven by Nuayma Jeggels.  Here's a little snapshot of the actual story straight from the author's site..... 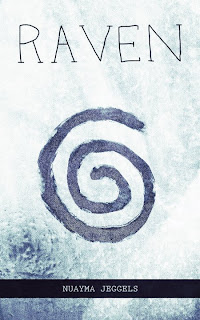 A girl, a coma, a Plague, and an empty grave.

When Shardaie wakes up, she doesn’t know who she is, why she can’t understand emotions, why she has been unconscious for nearly nine of her thirteen years, or why the dead just won’t stay dead. The only clue to her past is a locket, but the Plague, which finally stretches its unnatural hand to her village, forces her to leave and to learn to protect herself. But everything has a cost: the protection against the undead reveals a secret that Shardaie and her classmates just don’t want to accept, and at the end, Shardaie realises that some secrets shouldn’t be revealed. Secrets have the power to destroy, and the power to change her view on humanity for ever.

Sounds good, right?
Now, to get your bookish taste buds something a little more satisfying, how's about an excerpt from the book featuring the main character Shardaie?  Here it comes....

Shardaie was lying on her side on the floor, nose nearly pressed against the struggling lizard. Her violet eyes slowly blinked, watching as the creature waved its limbs and tried its best to get up and crawl away. Watching, but not understanding. She inhaled deeply, then released the breath as she muttered, “What are you feeling?”

﻿ ﻿
The lizard’s eyes flitted this way and that way, and when Shardaie realised that the world had to look just too big for it, she rolled onto her back and stared at the ceiling. What was it feeling? She spread out her legs and her arms, trying to see the room from the lizard’s perspective.

Shardaie looked back at the lizard, but only found an empty space bathed in sunlight. She rolled onto her side, in the direction of her bedroom doorway, and watched as her guest scuttled away, its broken tail twitching occasionally. “Go,” she whispered, remembering the words a girl had once said to a different lizard, “be free.”

Then she pulled herself up, but when she straightened, she accidentally knocked her arm against the edge of the windowsill. Shardaie noticed the sudden prickling sensation in her flesh, and when she raised her arm, brow twitching as her eyes narrowed, she took note of the scratch and the thin line of blood that stood out vividly against her pale skin.

Wasn’t she supposed to be doing something? she thought as she tilted her head to the left and then to the right continuously, she was supposed to react, wasn’t she? Her arm lowered to her side. She looked up and licked her lips, thinking about the girl, who loved to speak to lizards, before turning to stare at the floor. 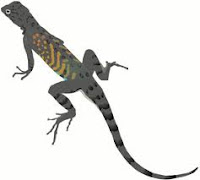 Shardaie began with her face: she started to arch her eyebrows and then opened and closed her mouth. Her calves twitched, so she started to shake her legs, but that turned into a hopping-on-the-spot. She tried her best to re-enact a scene she had witnessed a while ago, of a little child noticing a wound, but when she spun around, arms flapping in the air, she realised that she wasn’t alone.

Celio, her red-haired guardian, stood in the doorway, his hand on the doorknob. He cocked his head and then frowned at her. “What are you doing?”

Shardaie immediately stood still and smacked her lips. She looked at her arm, then raised it and replied, “I’m reacting.”

Celio looked at her arm, then glanced over his shoulder to address someone before turning back to her. “Give me a moment, child,” he turned around, but kept his gaze on her face, “keep your arm clean.”

Shardaie nodded at the suddenly empty doorway, turned around, marched up to her bed and sat down. She wriggled around for a moment, but sat still and stared ahead. Her eyes blinked. Her fingers twitched occasionally. A lock of her hair fell down to caress her nose. She looked at her arm and then raised it before sitting upright and staring at the doorway once more.

Stomp, stomp, stomp announced Celio’s presence, but Shardaie didn’t move and didn’t look away from the doorway. Celio walked into the room and sat down beside her, then took her raised arm and started to wipe a wet cloth over the scratch. Shardaie watched him work, watched how he bowed his head and slowly turned his wrist, but when he was done and he turned to her as though he was expecting something, she remained silent for a while before saying, “Thank you, sir.”

Celio nodded, looked away and studied his cloth. “Everything’s all right now.” He smiled at Shardaie, placed a hand on her shoulder and stood up. “It’s time for dinner. Come.”

Shardaie didn’t follow him, even when he made a beckoning motion with his hand, and when he had left the room, she looked back at her arm and thought. The prickling sensation was still there, but it was fainter. She looked at the doorway that both Celio and the lizard had used, then crawled across her bed and threw her blanket over her body and her head.

Her stomach clenched. Her bottom lip trembled. Shardaie closed her eyes, and as she felt her breath flutter across her upper lip, she started to wave her legs and her arms. Nothing. How was everything all right? Shardaie continued to wave her limbs. She still couldn’t understand what she was feeling …

Thanks to the generous author, I am hosting an INTERNATIONAL GIVEAWAY just for you with not just one, but SIX WINNERS!  How's that for holiday spirit?  Here's the scoop....

How to enter...
Simply fill leave your name and email address in the comments below, and you're in like flint.
(That means you're entered...^_^)
Don't want to leave your name?  No worries...nicknames are fine to since this is en eBook giveaway.  Also, on the email address, the someone(at)somewhere(dot)com format is fine.

The rules...
* Open to EVERYONE EVERYWHERE as this is an INTERNATIONAL GIVEAWAY.  So, tell your friends, your family and your distant online connections to stop by and enter for their chance to win.
*  Entries will be accepted from Thursday, December 1st, 2011 through Friday, December 16th, 2011 at midnight CST.  In order to enter, you MUST leave your name (or nickname) and email address (the someone(at)somewhere(dot)com format is fine)....but comments are ALWAYS welcome, appreciated, and heck, make this blogging world THAT much more fun!  ^_^
*Winners will be selected at random with the aid of random.org's number generator and contacted by Monday, December 19th, 2011...if not sooner.

Special thanks to author Nuayma Jeggels for the chance to bring this giveaway to you.  (THANKS!)  For more information about the author or her current works in progress, feel free to check out her blog, 'like' her on Facebook, 'friend' her on GoodReads, or follow along on Twitter! 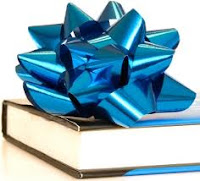 So, tis the season for holiday fun and what better way to celebrate than sharing the joy of reading?
That was a retorical question.
^_^

Until next time....good luck to one and all...and happy reading!

Thanks for the epic giveaway! I'm a huge zombie addict!!
GFC follower

Definitely hooked! Wow, waking up from a coma to find yourself in the middle of a zombie apocalypse. Enough to hit the sedative button on your IV and just knock yourself out again!

Thanks so much for the awesome giveaway op! Really hoping to win a copy of this one!

You had me at zombies :)

An epic fantasy ..... with zombies, wonderful, this sounds like a fun read.

Sounds like an awesome story! Coma plus mystery plus zombies? I'm in!

Thanks for the giveaway!!

Thank you to everyone for entering! Good luck, and may you always be protected from a zombie outbreak!

New to the zombie world..but definately intrigued!! Always up to read something different!! So zombie come on!!

Awesome, thanks for this giveaway!