BLOG TOUR: Meet Me on the Paisley Roof by Murray Tillman

Hi there readers!
Welcome back to Satisfaction for Insatiable Readers....the site that may take a break now and then, but always comes back full steam ahead.  Today's post is the come back as life has been crazy busy recently and although I've managed to slip in some reading, the writing hasn't been happening as often as I would have liked (totally blame it on the slow computers and a phone that likes to suck the battery life right out of itself).﻿  Anywho, that explains my absence but you want content so I'll get right to the heart of today's post.

Today we play host to a blog tour, thanks to the fabulous Nicole over at Tribute Books Blog Tours  (THANKS!), featuring a quirky little piece of Southern tinged literature.  First things first though....time to "meet" the book.  Today's featured title is.... 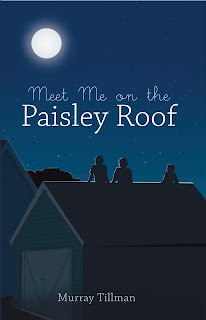 Meet Me On the Paisley Roof
by
Murray Tillman


Trussell Jones has a problem. He is crazy in love with a beautiful girl named Ellen. The problem? He has no car. His stepmother, who believes that she is spiritually connected to Queen Victoria, won't let him drive. Furthermore, she is afraid Trussell is trying to kill her. Not to be overlooked is the fact that Trussell is being pursued by a gang of armed redneck motorcycle hoods, while his neighbors are preoccupied with changing visions of St. Francis. Just another heartwarming tale of a boy in love with a girl? Hardly.

This delightfully quixotic coming-of-age story, set in Columbus, Georgia in the 1950s, truly has something to shock and beguile even the most jaded reader. Its irreverent protagonist will take you on a road trip of hits, near misses, twists, and sudden turns that ll set you on your ear. You ll be unable to put the book down, until you reach its charming yet totally unpredictable conclusion.

Sounds﻿ good, right?
I thought so too and when I was given the opportunity to host a guest post from the author on a topic of my choosing, I took full advantage.  Ready to see what idea I gave him to ruminate on?  Here goes.  Please welcome, my special \guest of the day, author Murray Tillman!

Topic:  Why choose Columbus, Georgia as the setting of this story? 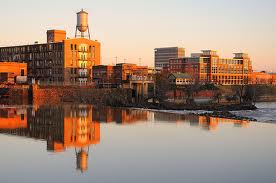 Meet Me on the Paisley Roof is, of course, not the first novel to be set in Columbus, Georgia. Carson McCullers' The Member of the Wedding drops subtle hints of this locale. More recently, Shay Youngblood's Soul Kiss does the same. But unlike the other two authors, in my novel I refer to actual street names and places as my characters move around them. No doubt where you are in this story, especially if you're familiar with Columbus.

My family moved to Columbus in 1950 when I was nine years old. I attended grammar school, graduated from high school, and later returned to teach in the public schools for a year. From those years, three events stand out very vividly. (1) When I was in the seventh grade and later as a teenager, I was madly in love with a beautiful girl in my school who, I thought, viewed me as a pest. (2) I had wonderful friends with whom I shared many nocturnal adventures, problems in our family lives, and dreams about the future. (3) I studied piano very seriously for a while and adored listening to the Classical and Romantic repertoire, if not on a record player, then in my head.

The story that I wanted to write comes from a well of feelings about my teenage years: a seemingly impossible love, friends who love, support, and test one another, and music that would send your soul soaring. Add to that the teen frustration of having to deal with challenging events without having any experiences to fall back on, emotions so intense, so alive, that I can feel them today, a half-century later. I wrote Meet Me On The Paisley Roof to share those feelings, expressed humorously, in a fast moving story. 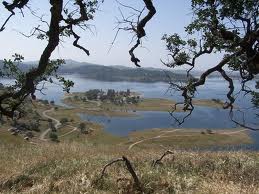 Today on my Facebook site, I like to highlight actual locations in and around Columbus mentioned in the book. For example, in the story two teenagers Trussell and Ellen go to "Buzzards Roost" for a picnic. Yes, "Buzzards Roost" is an actual site on top of Pine Mountain, and a great spot for a picnic. I took photos of the area and, this was my lucky day, buzzards flew over slowly, allowing me to snap a few shots. So you can see the actual site that's mentioned in the book. The same is true for other locations: Buck Ice and Coal, the Train Depot, the First Baptist Church.

On the other hand, I did create fictional sites such as Loretta's Parlor of Beauty and WFAB-TV. Indeed, this is a work of fiction, a work that creates a world that never was, but one that plays on a borrowed stage.

~~~~﻿~~~~~~~~~~~~~~~~~~~~~~~~~~~~~~~~~~
Still not enough?
Feel free to check out a review of the book over at Tribute Book Reviews before you make your final decision as to whether this book goes or does not go on you wish list.
If you've already determined you have to have this one, just click on one of the links below to be whisked away to the dream destination of your choosing.
Amazon  !        Barnes & Noble     !      My Book Orders.com
Tomorrow the blog tour moves on to Reviews by Molly so make sure to check it out!
Until next time....happy reading!

The book sounds so good andI love the guest post!

Set in the 1950s - count me in. This is one era I would have loved to have lived in, all those lace petticoats.

Gina, thanks for hosting a lovely guest post by Murray. I thought that you and your readers would like his style of writing. It is heartwarming, yet within its core it carries a deeper message.