Hi there everyone!
Welcome back to Satisfaction for Insatiable Readers…the place to be when you want to indulge in a little holiday reading fun…or any reading fun for that matter. ^_^ Quick reminder, there is a contest or two currently running on the site for a few bookish treats….be sure to check the right hand sidebar under CURRENT CONTESTS for more details! Now, back to today’s post…. 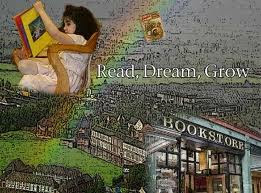 As you may have heard, this past Friday was ‘Take Your Child to a Bookstore Day’….hopefully you celebrated with your little ones or at least the child in you. I, on the other hand, was in charge of the festivities for our local store. Yep, that’s me. The one woman show of show for getting children (of all ages) interested in reading. So, I did what any avid reader (with no shame) would do…I decked myself out in holiday garb and plotted for a day filled with bookish holiday cheer. Oh and when we’re talking about “decked out”, we’re talking all out. Snowflake shirt, khaki capris, colorful snowflake socks (knee-hi ones no less), snowflake head (that doubled as a crown), red fluffy scarf and red shoes. Don’t judge me…I had a blast. ^_^ Anywho…back to the fun planned….

﻿﻿﻿﻿﻿﻿﻿﻿﻿﻿﻿ ﻿
A bookmark creation station where readers could color one of several pre-printed bookmarks that said things like READ and BOOKWORM, two story times with holly jolly choices, holiday trivia (easy stuff) with prizes….even cookies and punch! It was gonna jingle bell ROCK! Unfortunately….we didn’t have quite the turn out I had hoped (blame it on the lack of advertisement and being located next to a toy store). *sigh* No worries though….it just made it that much cozier when story time rolled around for I had a captive (albeit small) audience. So…wanna know what book I chose? Here goes. The book of choice was then and for today is…. 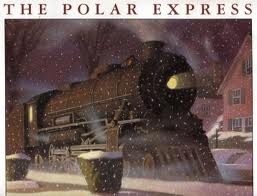 Believe it or not, this was the FIRST time I’ve actually read this story. Yup. I mean, I’ve seen the movie like many before me and listened to the soundtrack on repeat like FEW before me (LOVE that soundtrack!), but I’ve never actually had the chance to indulge in the written version…until now. That’s the beauty of handling story time, it’s totally your show. ^_^

Read aloud by yours truly with inflection, voice changes for the various characters, and sound effects (I wore a jingle bell bracelet….helped with the bells on the reindeer….), it went over rather well. Imagine my surprise though when I discovered a few differences between the print and visual versions! O-O Okay, so I really wasn’t THAT surprised, I mean it happens ALL the time, but lets discuss them anyway, okay? First off, there’s really only one main character…not three. You remember the little “lead”-er girl and the little lonely boy? They’re there visually to some degree, but nothing to make them standout. Second, the “spirit” aboard the train as well as many of the adventures has between misunderstandings and explorations, NEVER happen. Even the big present chase when they finally reach the North Pole never comes to fruitation. Shock, awe, and all that jazz. 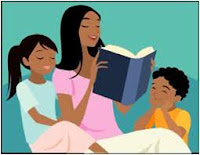 What DOES remain though is what really matters. It’s the true feeling of magic, the spirit of the season if you will. It’s woven around the words, interlaced within each carefully crafted image. It fills you with childlike wonder from head to toe much like that hot chocolate from the dining car would warm you…..and now I’ve given myself a craving for a cup of that hot-hot-we-got-it hot chocolate.

Recommended read for all ages…there’s no child or adult alike out there that can’t find something wonderful about this tale. A great addition to your holiday reading, if I do say so myself. So whilst I go and grab a cup of warm chocolate-ly delicious-ness, I’ll bid you adieu.

I can't believe I haven't read this. I loved the movie.

Aww, good book choice! Admittedly, the movie is what made me aware of the book in the first place, but the charm shines on every page.

Wow, I've heard of the movie but I've never read the book! You've really made me want to read it now! Thanks so much for sharing this and bringing it to my attention!

Not a fan of the film I'm afraid, I think the characters are spooky in that they are not real enough to look human and yet they are too real and don't look altogether animated, I think I might fare better with the book.

Juju: You need too!

Petty Witter: LOL...I know what you mean. I kind of look passed that when I watch it. No direct eye contact. ^_^

I've always enjoyed Chris Van Allsburg's works. He is amazingly talentled, what with the details he puts into the Art, page after page, and he pieces together stories that are intriguing and heartwarming.

Claudine Gueh: I'd have to agree even from my limited exposure to his work.... ^_^