In My Mailbox is a weekly meme hosted by Kristi at The Story Siren.
Through her guidelines, your post does not actually have to be named the same and thus my post shall be..."In My Shopping Bag".  (just fits with the "foodie" theme a bit better in my humble opinion)
Let's see what's inside this week...

...oh and no, you haven't lost an entire week....I'm just getting to where I can post this and going with the premise of better late than never.  ^_^ 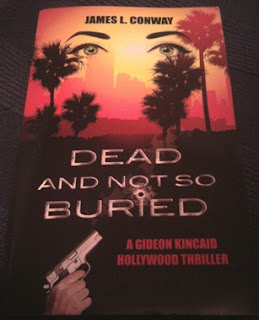 Dead and Not So Buried by James L. Conway
(Review copy courtesy of Jennifer at Over the River Publications)
Doesn't look like my typical read, right?  Well hang on a second.  The author is a Hollywood writer with credits for Smallville, Supernatural, Psych, Charmed and many others, so we know the storyline should be good.  The book takes place in Hollywood and features a gumshoe-type lead that doesn't sound like he'll take no for an answer.  The cover...caught my eye.  For these reasons and more, I agreed to a review....watch for it early 2012. This book is scheduled for release February 15th, 2012 from Camel Press. 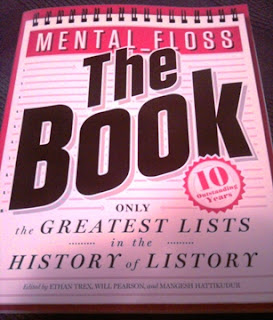 mental_floss:  The Book: The Greatest Lists in the History of Listory
(Review copy courtesy of Mary at HarperCollins Publishers)
Well if the title wasn't enough to make you smile, guaranteed some of the lists within will.  Can't wait to delve into this one....in fact it's coming up for review rather quickly so stay tuned!  In the mean time,

This next assortment came from one source alone and so, it gets a mini-spotlight in lieu of repeating the same information over, and over, and over, and well, you get the picture.  I'm please to say that this merry mix of titles came for review courtesy of Kendal at Owlkids Books.  They are a publisher from Toronto, Canada that works primarily in bringing reading magic to those ages 3-13....but we all know that's merely a starting range because books are one of those things we can really never outgrow.  Here are the titles I'll be diving into.... 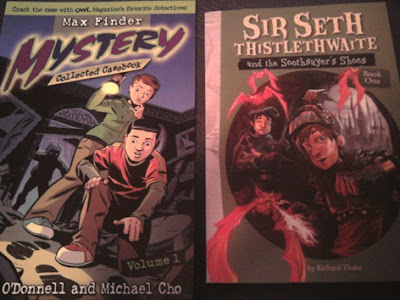 Max Finder Mystery, Collected Casebook, Vol. 1 by O'Donnell and Michael Cho
Sir Seth Thistlethwaite and the Soothwayer's Shoes, Book 1 by Richard Thake
The first, a detective series and the second, a fantasy adventure with a FUNtastic title. 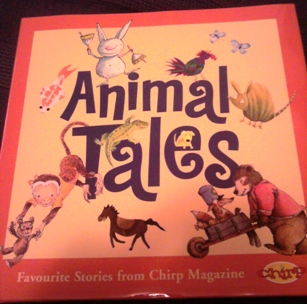 Animal Tales, Favourite Stories from Chirp Magazine
Who DOESN'T like animal stories...especially cute ones like these have the potential to be. 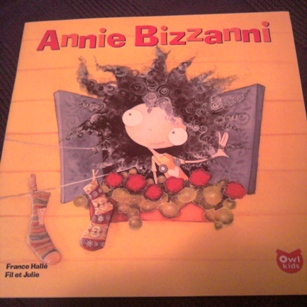 Annie Bizzanni by France Halle, Fil et Julie
I don't know about you, but even if I hadn't read what this book was about, that adorably cute little girl would have made me pick it up.  Just look at that hair!  ^_^ 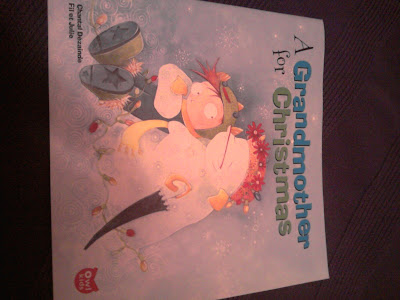 A Grandmother for Christmas by Chantal Dezzainde, Fil et Julie
Now if this one didn't already look sweet as it is, it certainly works perfectly for this time of year.  I'll definitely me going through this one VERY soon.  I have a feeling it might be more emotional than first presumed though...*tissues at the ready, just in case* 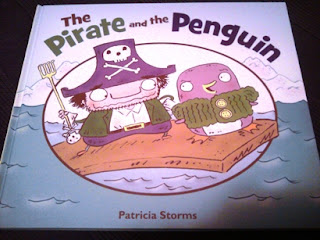 The Pirate and the Penguin by Patricia Storms
I'm in love with the cover.  It's just so much fun!  Look at the little pirate with his skull adorned whatamacallit...and the penguin in a sweater? Ha!  Even the raised eyebrows on the penguin add another whimsical twist.  Can't wait.... 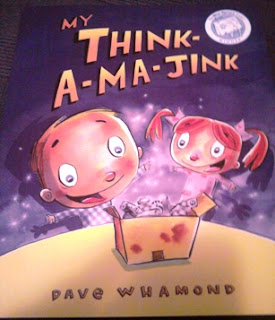 My Think-A-Ma-Jink by Dave Whamond
Easy peasy explanation on this curious title, it's all about imagination.  Good thing I LOVE using that particular muscle.  ^_^ 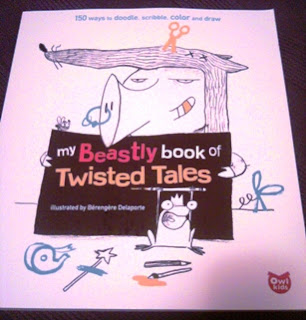 My Beastly Book of Twisted Tales illustrated by Berengere Delaporte
Now see here's another chance to use my imagination and have an excuse to color, draw, cut and paste without shame.  Hehe....not that I wouldn't do that anyway.  ^_^  Seriously, this is one I've seen in our local store and thought...how much FUN would THAT be?!  It's storybook-ish and creative all wrapped into one.  Getting my colored pencils, glue, glitter and such ready....

Picked Up
Now remember, this is the cateogory where an ARC arrived in store and I either got first dibs or I rescued it to give it a good home.  In either case, here's a few upcoming titles you may want to know.... 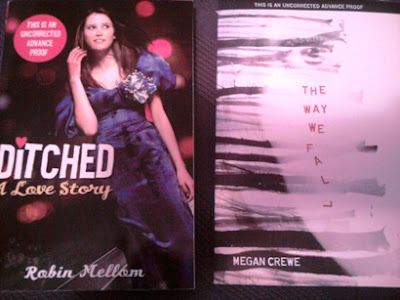 Ditched, A Love Story by Robin Mellom
The Way We Fall by Megan Crewe
This time around it was two ARCs both from Hyperion Press and both scheduled for release January 2012.  One looks fun and the other, curious.  We shall see..... 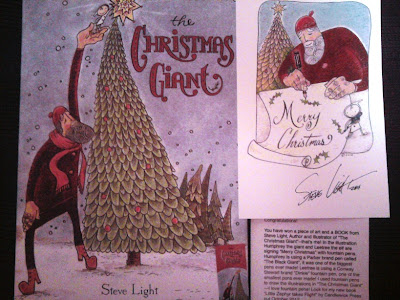 The Christmas Giant by Steve Light
(won via Shelf-Awareness)
I was pretty excited about winning this one too!  It's a perfect addition for the season, plus not only is the book signed but you see that little picture in the upper right of the photo?  It's an original signed print from the author/illustrator himself!  Too cool in my book, too cool.  I've already explored this book cover to cover and am ready to share it with you so stay tuned, this one is forthcoming!

Received
From my good blogger pal and friend Nayuleska... 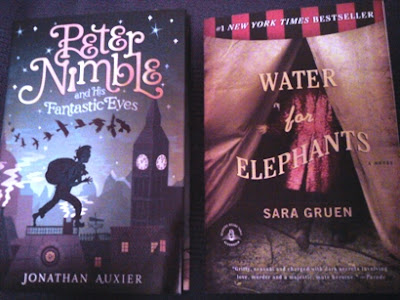 Peter Nimble and His Fantastic Eyes by Jonathan Auxier
Water for Elephants by Sara Gruen
The first I've been curious about since I originally saw the cover...the second I've been enchanted by since seeing the film. 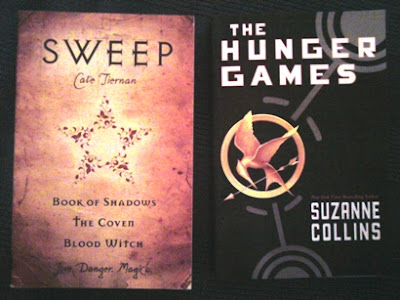 Sweep, Vol. 1:  Book of Shadows, The Coven, Blood Witch by Cate Tiernan
The Hunger Games by Suzanne Collins
The first I've had on my wish list for a while now....the second, while many of you are HUGE fans of the series and chomping at the bit to see the film, me...I've never really had an interest.  *dodges all objects thrown with ninja fast skills*  But seeing as how the hype is STILL not dying down, I figured what the hey, if I get a copy, I'm one step closer to maybe reading it one day to see just what the interest is.  I'm not making any promises being the reading rebel that I am, but I will approach it with an open mind.

That's all for this week!
Anything catch your eye?
How about you....what did YOU get?
My wish list is ready...do tell!

What a great mail bag and so festive, happy reading.

So much good stuff. Your shelves must be huge.