Hi there!
Welcome back to Satisfaction for Insatiable Readers…the place to read all about it, whether it be the newest release out there…or one that came and went but should still deserves its day in the sun. 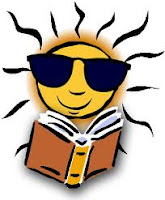 Today’s featured title falls into that second category as it’s a book I read earlier this year that I just never quite got around to reviewing (my bad).  Why?  I’m a slacker by nature and just didn’t feel like doing it….*-*….JUST KIDDING!  No, really…it was one of those reads that you weren’t quite sure what to say about it and while you mulled it all over, you kept reading…one thing lead to another and POOF, it’s a few months down the line.  (That does happen to you too, right?  I’m not alone here?)  Time to put my memory to the test and perhaps add another title to your wish list for today’s book of choice is… 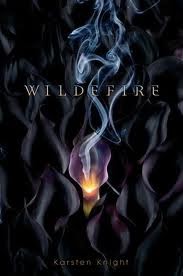 Every flame begins with a spark.

Ashline Wilde is having a rough sophomore year. She’s struggling to find her place as the only Polynesian girl in school, her boyfriend just cheated on her, and now her runaway sister, Eve, has decided to barge back into her life. When Eve’s violent behavior escalates and she does the unthinkable, Ash transfers to a remote private school nestled in ’s redwoods, hoping to put the tragedy behind her. But her fresh start at doesn’t go as planned. Just as Ash is beginning to enjoy the perks of her new school—being captain of the tennis team, a steamy romance with a hot, local park ranger—Ash discovers that a group of gods and goddesses have mysteriously enrolled at Blackwood…and she’s one of them. To make matters worse, Eve has resurfaced to haunt Ash, and she’s got some strange abilities of her own. With a war between the gods looming over campus, Ash must master the new fire smoldering within before she clashes with her sister one more time… And when warm and cold fronts collide, there’s guaranteed to be a storm.

Okay so…think think think.  What was it about this one that CAUSED me to THINK THINK THINK…to be honest (as if I’d give you anything less), I think it was the unexpected twist that occurred in the book.  Everything starts out all creepy and magical.  Powers discovered, connections to the past made, even a believable history to seduce the most hardened of readers (DEFINITE kudos to the author on all counts mentioned)…but then things took a turn for the…odd.  Seriously, the appearance of these beings, or creatures for lack of a better word (and specific avoidance of what they really are so as not to ruin the story), totally threw me for a loop; to my mind, they just didn’t make sense.  They weren’t human, they weren’t animal, they weren’t mineral…exactly; I just couldn’t wrap my mind around the enigma they presented…and yet, they were still sinister somehow.  That last saving grace is how they didn’t manage to completely obliterate the story or ruin my experience with it.  They became a bump albeit a rather large one since months later it still perplexes me in a little-brother-pulling-your-hair sorta way, but a bump nonetheless.  Anywho, back to the rest of the story…

Ashline is a piece of work (though her sister Eve totally gives her a run for her money) but in a good way.  She’s had a rough time thanks to events in her past (not purely her fault…), but she’s making the most of the new start at Blackwood Academy…at least until a secret heritage catches up with her and things begin to turn from normal to abbey in the blink of an eye.  Yep…otherwise, she’s doing fine (and that last word also describes her park ranger love interest… ^_^).  Her new friends aren’t exactly around thanks to a bond cherished since childhood but rather from the combined destinies they share making their interactions something they need to grow into. 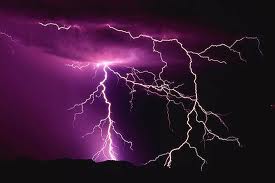 It’s the age old battle between right and wrong, good and those that would do harm…with a teen god twist.  Think Percy Jackson (though I haven’t read the series…*ducks flying objects*) but with multiple ethnic backgrounds and rather than sons/daughters of the gods, reincarnation.  It’s an interesting storyline and it certainly keeps you attached to the page as you wait to see just who will survive their next encounter.  Oh, wait…didn’t I tell you?  Yeah…it seems that there are those (as usual) that know about their continual return to this plain and they aim to stop the cycle once and for all.  Needless to say, it adds to the action sequences quite a bit…as do the flashbacks that Ashline has of her barely remembered childhood; considering what she sees though, it may not be such a bad thing that it’s hard to recollect (lab rat anyone?).

As you reach the climatic finale, yet another handful of mysteries is revealed…one regarding another child (another sister?) that is connected to both Ashline and Eve for better or worse (and seeing what they can do, it’s probably worse…)….needless to say, the search for them is sure to be a focal point in the sequel.  Another is about a character in the story that, well…let me put it this way; when all is revealed, you won’t believe your eyes (literally caused me to gasp).  Lastly, we deal with the group of opposing gods/goddesses that Eve’s been hanging with; they seem to think this reincarnation thing is for the birds and want to live out their immortal lives in the here and now.  Wise choice…or fools errand?  It remains to be seen but there are two things I know.  First, book 2 will be on my radar because the mix of cultures and beliefs in this book gives it enough spice to stand out from the crowd.  Second, there’s a battle on the horizon with some remarkable players….this should be a showdown to remember.

﻿﻿﻿ ﻿﻿
Recommended for teen readers and above; there’s nothing too graphic nor swear worthy and the romance fans the flames in lieu of igniting the sheets…but younger kiddos may not be so keen on the powers (and their use when in trouble) this group is endowed with.  P.S.  Be sure to take note of the culture mix in the book…provides for some great extended reading.  This book is available now on a bookstore shelf near you…and from what I see on the website, it looks like book 2 may be schedule for August 2012, “Embers and Echoes”.  (Woo-hoo!)

ARC for review courtesy of Lucille at Simon & Schuster Children’s Publishing.  (THANKS!)  For more information on this title as well as their complete catalog of bookish wonders, feel free to check out their website, ‘like’ them on Facebook, or follow along on Twitter.  To find out more about the author’s current goings on, be sure to stop by his blog, site, Facebook page, or Twitter.

I read this book this summer and was thrilled with Karsten's prose. The story was intriguing and exciting, and I agree about the great use of culture in the book. I look forward to the sequel.

Fabulous review! I got excited when you mentioned that this book is filled with unexpected twists - looove books like that! Gotta check this one out.

Great review! I remember when this book came out and I loved the excerpt and cover, but never got around to reading it. Sounds like I need to remedy that!

I have several of those read-but-not-reviewed books sitting on my shelf, patiently waiting for me to get around to reviewing them. Need to put on my Think Think Thinking Cap and get to it!

Dorothy Dreyer: Thanks! The cultural aspect was definitely a sticking point. Curious to see what the sequel may bring...

Emidy: Yay! Than you definitely should check it out. ^_^

Alexia561: I know what you mean. I read it, but it sat around waiting for a review! Oops. Here, you can borrow my think think thinking cap. *passes cap*