Hi there!
Welcome back to the place that aims to please the reader in you every day of the week (~whispers~ even if some times are more comfortable than others)....Satisfaction for Insatiable Readers. 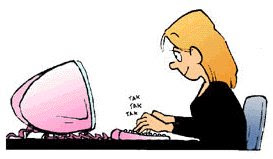 I've got a rare (this week at least) moment of time to revel with the computer all to myself (*grumble grumble*) and the first thing I wanted to do....blog, or rather discuss a book with all of you.  ^_^  Feel special?  You should.  *hugs* ...but let's not get too carried away because even if you're special, sometimes things don't turn out the way they should, such as in our featured title today.  It's another book starring a middle grade girl who's got her head on straight...for the most part...and gets caught up in something bigger than herself.  This time around, it centers around a topic that's been in the media for many a moon now and is bound to spark conversations.   Ready to read all about it?  Your request is my happy duty to fulfill!  Today's book of choice is... 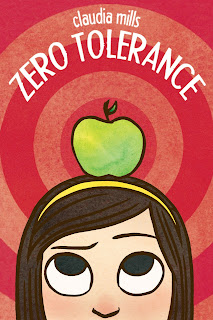 
Seventh-grader Sierra Shepard has always been the perfect student, so when she sees that she accidentally brought her mother's lunch bag to school, including a paring knife, she immediately turns in the knife at the school office. Much to her surprise, her beloved principal places her in in-school suspension and sets a hearing for her expulsion, citing the school's ironclad no weapons policy. While there, Sierra spends time with Luke, a boy who's known as a troublemaker, and discovers that he's not the person she assumed he would be--and that the lines between good and bad aren't as clear as she once thought.

I opened this book looking for a great afternoon read and walked away with a lot more than I bargained for....in a GOOD way!

First up, we're in the land of Middle Grade fiction, so while I ADORE this part (and several others ^_^) of the reading landscape, some turn up their nose...and at the very least, don't expect to uncover something that will really give them pause.  This one...GIVES YOU PAUSE.  It takes the headline of ZERO TOLERANCE from the news feeds and puts it front and center in a real-life-oh-my-gosh-that-could-happen-to-my (insert relation here) type of situation that boggles the mind.  Here we have an ace student, an all around "American girl" who stands by her friends, pitches in when extra hands are needed, and leads others by example...until the faithful day.  One wrong grab of the lunchbox later.  One instance of 100% trust placed in those adults surrounding them to understand the action, reaction and innocence behind what just occurred.  One split decision to save face....I mean, stick to the rule book with no bending whatsoever.  One child's life changed forever. 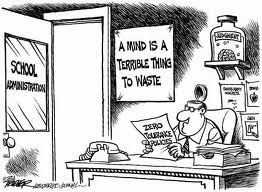 Now, I know that last part sounds ominous and in some situations COULD actually be in the worse sense of the words, but this is not one of those cases.  This is one of those times when thinking things through, considering their past and current circumstances, LISTENING to what they are telling you (as well as their friends/family/etc) and using sound judgement as opposed to a black/white rule of consequence would work wonders and show more strength, more affirmative action than blindly following words on a page.  I get it.  The principal was backed in a corner, but why should the child suffer for that?  Suck it up; he's the adult.  Seek the proper channels to get it all "documented" up the way you'd prefer but don't leave such a public scathing for the child in question.  It's a hard battle presented that turns into a much bigger media event than it needed to be (but kudos to Dad for pulling in the "big guns" AND the Sierra for showing more backbone than the whole lot) and in the end puts everyone in their place for better or worse with a new appreciation for the ability granted to all human beings....the ability to think, feel, and instigate change. 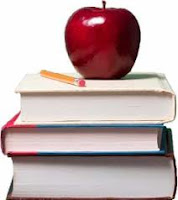 The story itself would be enough to draw an audience, but it's the characters that will make you care THAT much more.  Sierra is a gem, all prim and proper.  I applaud her grandly for taking the actions she did (except for the email thing *ahem*) and could only hope that I and others would be as honest in the situation presented.  It would have been SO easy to just slip it back in the bag, place the bag in her backpack and go about her day....but she didn't.  It caused her unexpected trouble to no end but she didn't. Way to go Sierra...and the strength of character, the growth in your own understanding of action and consequence shown throughout the book to both your own situation as well as those of others does not go unnoticed.  Luke, the boy she meets during her in school suspension, is another person of note.  No, he's not necessarily the next Doogie Howser (you guys remember him, right?  *-*) nor the poster child for we-do-right anonymous, but he's another person, another personality that despite what it looks like on the outside, has a good heart.  You just have to cut through the layers of rough and tumble to get there.  I love how the author gave unexpected depth to his character...sounds to me like she would root for the underdog in real life.  Now, on to the adults...

Mr. Besser (the principal) is an okay enough fellow, but hiding behind policy without thinking, reasoning, heck discussing what actually happened even, paints a bit of a yellow stripe down his back for me.  Mr. Shepherd, Sierra's father, is not a man to trifle with in the courtroom, but involve his little angel and...well, let's just say the BEST EVER Fourth of July celebration would have less fireworks.  *ahem*  Now, Mrs. Shepherd, Sierra's mom, is almost the polar opposite of her other half.  She's more artsy, laid back and while she stands by her daughter 100%, she's less confrontational....offering a balance of sorts but also creating a bit of a tug-o-war when things get hairy here.  It's interesting to see how their marriage is affected by everything that's playing out; another instance of real life being well represented.  I won't even get into the person that is Ms. Lin, the school secretary.  She is wronged in more ways than Sierra's misstep but she is a hard character to "love" overall.

In conclusion, my shortest summary would be found via my GoodReads status update:  "Brava Sierra...brava indeed. Lessons learned on both sides of the fence and real life issues handled in a believable manner. A well rounded read for middle-schoolers AND beyond!".  On a more long winded note...it's a wonderful read with a thought provoking subject at its center that shows A) you can't judge a book solely by its cover - or a person by their past/exterior, B) there is something to be learned from everyone, C) things are not always what they seem, and D) rules without room for common sense equate to NON-sense in the end.  Agree?  Disagree?  The comments are open....let's discuss it!

ARC for review courtesy of Ksenia at MacMillan Children's Publishing Group.  (THANKS!)  For more information about this title as well as their ever growing catalog of wonders, be sure to stop by their official site, blog, Facebook and Twitter pages.  To discover more about the writing world of author Claudia Mills, pay a visit to her site or check out what's going on at the present over at her blog.  This title was released just this month via Farrar, Straus and Giroux, so be on the look out for it on a bookstore shelf near you.

What a great review. :) I love the cover.

I loathe the zero tolerance rule...it is absurd! Great review:)

Always pleased when I come away with more than I bargained for ... in a good way.

This sounds like a fun read with the added bonus that something is to be learnt from it. Great review, thanks for the recommendation.

Added this to my wish list - it sounds a captivating read! Sadly not published in the UK just yet, but the US version is available.

Thanks for the most generous review, Chef Gina. Your thoughtful comments are like candy to my authorish soul. Because I have day job as a philosophy professor, my goal with a book like ZERO TOLERANCE is precisely to make readers go "Hmmm" so no reaction could have pleased me more. I look forward to exploring your site and gobbling up your other yummy offerings. - Claudia

Nayleska: Ah ha! Let it make its way across the pond. ^_^

cmills: Thank you so much for stopping by Ms. Mills! I am now wearing a goofy grin that no one can erase. ^_^