Welcome back to the site that aims to please the reader in you despite whatever ailment, whatever foul smelling life suckage comes its way...Satisfaction for Insatiable Readers. 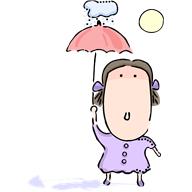 Yep.  That about sums up this week thus far.  Life = suckage.  Let's see...I'm still fighting this cold and woke up to a rash that I didn't have upon falling asleep last night (think the dog got into something - *must avoid scratching*).  Ashley, one of my fur babies, is still in the vet hospital....hopefully coming home tonight but no updates yet.  *fingers crossed*  Last but not least, the job hunt continues despite yesterday's lack luster nibble.  One word to rule it all....OYE!  Yep.  just oye....however, as off (and awful, in my head at least) as that all sounds, it pales in comparison to what today's lead character has to face.  I don't envy her a bit but I do want to reach out and give her a BIG hug, smack her parents upside the head as well as the loser she happened to have relations with, and clone Charlie (hey, the more of him, the merrier!)...and while we're at it, his aunt Vera (rock-tastic woman!).  Trust me, I've no doubt you'll agree.  Ready to read all about it?  Today's book of choice is... 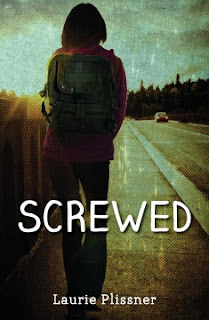 One good girl in all the ways that count.
One moment of passion where caution flew to the wind.
One chance in a million of a "positive" result.
One innocent life in the balance of all that's to come.

It's a book about what happens when abstinence is the choice but not always the chosen option.  It's a book about how one decision can in fact impact not just one but MANY.  It's a book about right and wrong, good and bad, happy and sad and whole lotta other black and white sides I could point out....but I won't.  Why?  Because it's NOT that simple.

Grace IS a good girl, a smart girl, a girl that parents can count on through thick and thin and anyone would be happy to call friend.  Grace is also a teenager, growing up and finding her way through this wasteland of a world just trying to feel like she belongs.  Is that an excuse for her decision to go "all the way" with her crush in the backseat of his badly-in-need-of-a-makeover means of transport?  No...but many out there could totally empathize with her and the want to fit in is a universal feeling.  Your teen years are for making mistakes and finding your footing...grant her this was more a situation where a stone slipped almost spilling her off the edge of a cliff, but in some ways, she was better for it. 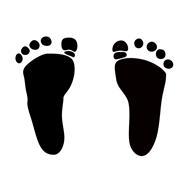 She was forced to develop her own sense of self, forced to make the big decisions and even after those were made, her given path wasn't easy.  She had no support from the "donor" (whose "mission" I might add is going to land him in the category of disease carriers soon enough if he keeps it up) which certainly impacted her own levels of self worth.  She knew what she was taught growing up, took into account what those who "loved" her were offering as a volun-told option, and took the path less traveled determined to not let what started as an accident affect the life of an innocent.  I admire Grace.  She was raised with love and to love and yet when push came to shove, the exceptions that held it aloft were exposed for what they were; evil, vile, and manipulative.  Sorry guys, but her folks were just awful.  I mean it's one thing to not be happy about the whole situation because A) it's your child and B) IT'S YOUR CHILD but to just cut them off entirely from emotional support, mental support and heck, even a place to live and food to eat...that's heartless.  The real kicker is WHY they did it.  Two words...social standing.

Yes.  They were embarrassed.  They felt like their name was marred, dragged through the mud, defaced and in lieu of looking bad in front of everyone and everything they stood for, they wanted to "take care of it" discreetly; considering what they preached, that was a HUGE surprise.  When Grace refused not only because of what she was taught her whole life by they themselves but because of her own heart, they cut her loose.  Just.  Like.  That.  So much for losing face, right?  I mean really...if it even mattered, which looked worse?  Exactly.  They were so hardcore in fact, I had to ask my own Mother given the situation if it had been me, what SHE would have done.  First she was all "yay, grand kids!"  (Oh Mom... ^_^) but then on a more serious note, it was all she'd be disappointed but still there for me no matter what.  Unconditional love.  Hard to find but precious indeed.  Speaking of unconditional love... 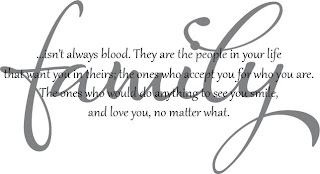 Vera (Grace's elderly neighbor) and her nephew Charlie are definitely subscribers to this notion...even her life long friend Jennifer is when it comes down to it.  When Vera sees a soul in need, she seeks to assist in any way she can...the fact that she is monetarily able to as well only makes it easier on the pocket; rest assured though, her capacity for sharing her heart and a shoulder to cry on are even greater.  I loved seeing her take on the role of champion in the fight for Grace when need be and merely standing by when she needed the space to make her own way.  In short, she rocks.  Now, Charlie is a chip off the old block (no offense Vera!) and an unexpected possible knight in shining armor.  I won't go into too much detail there because it will ruin the possibility but suffice it to say that he's a gentleman, well-mannered and thoughtful...and an incredible friend.  The chance of more is there but even without that random happily-ever-after moment, he would be incredible to have in your life.  He was definitely one of my favorite male characters that I've encountered thus far in the more reality based reads.  Something about him just rang true, genuine.  Jennifer on the other hand is the girl many would adore friend wise.  She's cut and dry, will push you to do what's best for you and be there for you til the end...even if she has moments of complete panic (hey, it happens!).  I loved seeing her reactions as the story played out and how her character grew.  Her sense of self was strong so finding a chink in the armor made her more human.

In conclusion, a very real, very raw, very emotional read for the obvious reasons and for some not so obvious ones that will leave you rooting for Grace and her close knit "family" through the final trimester and beyond.  It shows that one wrong decision, one moment of indiscretion can change worlds much like the wings of a butterfly but that it doesn't have to signal a complete and utter end....just a new beginning.   The author's talent for creating real characters and realistic situations is showcased wonderfully and will draw you in from first page to last.  It shines a light on the reality of the situation and the life altering consequences it brings in full color but also lends an assurance that things WILL be alright in the end.  Recommended read for older teens and beyond due to content (teen sex, abortion, pro choice, pro life, etc) and some language, but definitely a door opener for future discussions between parents and their youth. 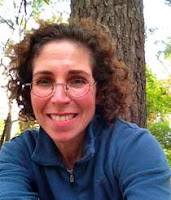 About the author....
Laurie Plissner graduated from Princeton University with a BA in Art History and has a law degree from UCLA.  She left her job as a litigator to be a stay-at-home mom.  After working as an SAT tutor and spending a lot of time with teenagers, Laurie decided to apply that experience to writing fiction for young people that explores the issues they wrestle with in an imaginative and entertaining way.  In the past three years, she has written six YA novels (and one work of adult fiction).

Review copy courtesy of Bethany at F+W Media.  (THANKS!)  For more information regarding this title as well as their other promotions, be sure to like them on Facebook or follow along on Twitter.  This title reached published status May of this year via Merit Press / F+W Media, Inc., so be on the look out for it on a bookstore shelf near you.

Hoping that both you and Ashley are soon on the mend.

Great review, it sounds like this is the kind of novel that raises lots of issues.

Good to hear it was emotional and raw, my kind of book.