Hi there.
Welcome back to the bookish site that aims to please your word loving hearts no matter the time, no matter the day, no matter how much life gets in the way....Satisfaction for Insatiable Readers.

When considering what title to feature today from my recent reads, I was drawn to one in particular not only in light of recent events but because of how much this author's work speaks to me.  This is my second time featuring this particular writer on my site (my first review for Twelve Months can be seen here) and also the second time this title has made an appearance (click here for a peek at the guest post/excerpt from earlier this year).  What's with all the twosies?  What can I say...I'm a sucker for his work and a happy one at that.  They are not fluffy titles to while away an afternoon...not that there is anything wrong with those types of reads either.  His works tend to be more involved, more spiritually connected without getting overly preachy (not a preachy person) and manage to take a hold of your heart with a subtle-ness you don't even notice until you're laughing and crying with the characters themselves.  It's really something to read for the first time...and the second.  Today's book of choice is... 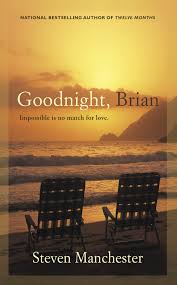 
Fate was working against little Brian Mauretti. The food that was meant to nourish him was poisoning him instead, and the doctors said the damage was devastating and absolute. Fate had written off Brian. But fate didn’t count on a woman as determined as Brian’s grandmother, Angela DiMartino – who everyone knew as Mama. Loving her grandson with everything she had, Mama endeavored to battle fate. Fate had no idea what it was in for.

Be forewarned, you will need tissues by book's end more than once but tears of regret will not be amongst those shed.

Much like the family met in Twelve Months, Goodnight, Brian centers around the Mauretti's as they welcome a new baby to the world.  What should only be a miraculous and joyful event turns sour when poor baby Brian's seemingly small health issues escalate into a life altering condition putting an end to any dream of having a "normal" life.  Even the doctors agree...Brian's chances of walking, talking, or even communicating are next to none.  Guess what?  They don't know Mama.  They don't know the power of love and faith and hard work.  They don't know just what a family can do when put to the test and how far all the intangible things we take for granted can really take us when cherished.  They don't know...but they're about to find out. 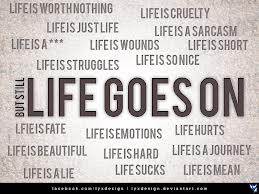 It's not a story filled with fantasy and alternate universes or magical creatures even that stops your breath or makes your heart leap in your chest.  It's the simplicity of how it all begins, the reality of the ups and downs, the balancing of the highs and lows and perhaps most of all, the characters, that make this one something to remember.  Literally everyone introduced throughout the story has a role to play in one way or another that affects the overall outcome but remarkably, they each have something to learn as well.  Quite unexpected when you consider the magnitude of Brian's story already but a welcome aspect that shows life does go on for those in and around events such as these...it's all in how you handle it that makes the difference.  Though I could go on and on mentioning everyone under the sun, I will leave you to discover this broad and ever extending family on your own in due course....but I can't leave two people in particular to chance.  First up, Brian.

He is after all the "star" of the show and with good reason.  He's a sweetheart.  He has troubles, yes.  He's not perfect, no.  He has obstacles that you and I would be grateful to not encounter in our days nor anyone else we love and cherish, it's true.  But you know what?  He has family.  He has a life.  He has support coming at him despite everything thrown in his path and he's better for it.  The tough love shown to him makes him stronger, gets him to power through the tough times and make his way in a world that wasn't necessarily made to make his life as easy as others may have it.  Of those family members that make a difference in his life, Mama has to be number one. 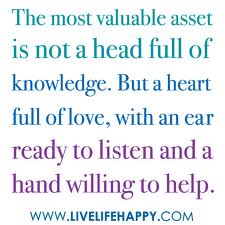 Mama is Angela DiMartino, his grandmother, and she is an angel both in this life and the next.  She doesn't back down when the going gets tough.  She doesn't allow the words "can't" or "hate" or anything else definitive and derogatory to infiltrate their lives.  She has faith and it is certainly strong but it's not so stubborn as to exclude those that may walk a different path then she.  She's remarkable in every way and a heart-breaker til the end.  You know those questions you sometimes see about what literary characters you'd like to most meet?  She would definitely be among my top five.  If you have someone like this fabulous lady in your life, keep her safe and near your heart.  If not, she's certainly an example of whom I'd like to be one day.

In conclusion, a stirring story about what happens when life hands you lemons and you not only make lemonade but a lemon pie, lemon bars, and lemon poppy-seed bread for the entire world.  It introduces us to a "real" family, with real life struggles, and shows us just what the human spirit can accomplish when you just have a little faith.  Recommended read for fans of his previous work as well as those who simply enjoy a heart-tugging yet life enriching story.  Whether you classify it as Fiction, Christian Fiction or Women's Fiction....I call it simply a GREAT read. 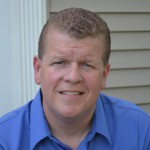 About the author....
Steven Manchester is the author of the #1 bestseller TWELVE MONTHS and PRESSED PENNIES, THE UNEXPECTED STORM: The Gulf War Legacy, and JACOB EVANS, as well as several books under the pseudonym, Steven Herberts. His work has appeared on NBC’s Today Show, CBS’s The Early Show, CNN’s American Morning and BET’s Nightly News. Recently, three of Steven’s short stories were selected “101 Best” for the Chicken Soup for the Soul series. When not spending time with his beautiful wife, Paula, or his four children, this Massachusetts author is promoting his works or writing.


Review copy received courtesy of author Steven Manchester.  (THANKS!)  For more information on this title as well as his growing body of must read works, be sure to visit him online, or check out his Facebook page.  This title was released January of this year via The Story Plant so be on the look out for it on a bookstore shelf near you...and speaking of releases.  Just two days ago, Mr. Manchester celebrated the release of yet another title....The Rockin' Chair!  I'll be checking it out in the coming weeks (stay tuned for the blog tour) but if you can't wait til then, I totally understand.  Also, I've just learned there is a prequel to Goodnight, Brian entitled A Christmas Wish.  *adds to wish list*  Have it my friends...they are both bound to be worthy reads.

Oh my goodness, if I wasn't convinced by the rest of the review your concluding paragraph sealed the deal for me. Wonderful review, thanks.