Hi guys!
Welcome back to Satisfaction for Insatiable Readers…the place to be when you’re in the mood for something delightful…of the bookish variety.

Today, we’re playing host to a Chapter by Chapter blog tour starring a newish release from Month9Books.  It’s book two in a Young Adult series from none other than author Dorothy Dreyer.  (Hi Dorothy! ~waves~)  If you haven’t sampled her work before, I highly suggest you do…especially if you like magic, danger, family, love, and a healthy dose of the unknown.  Yes, there’s all of this and more just waiting for you discover between the pages, or in my case the epages this go round.  Ready to make friends with a new MUST READ series for your list?  Please welcome today’s blog tour guest and book of choice…. 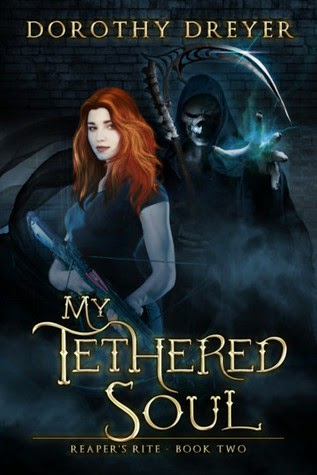 About the book….
It’s been months since Zadie faced her sister’s Reaper, months during which she’s been under her mentor’s magical protection. But now that she’s turning seventeen, that protection is about to run out.

When dark forces lure Zadie to wander at night, she’s manipulated into committing unspeakable acts. With her friends and family at risk, Zadie must try to use her powers to break free from the Reaper’s grasp, or surrender to the Reaper’s Rite, which can only lead to death.

First things first, let’s answer a question wondered in regards to any series you come upon midstream…YES, you can read it by itself, but NO it won’t make as much sense initially.  Even if you’ve read the first already, if it was any length of time ago, I’d recommend a reread, otherwise it takes a bit to get back into the world.  (*raises hand*)  It’s not that it’s anything other than fantastic, there are just so many unique things going on in the story that for the connections to fit easily, it’s best to just follow the series in sequence.  Now, moving forward… 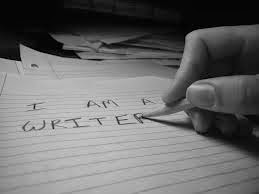 The story, oh the story…or maybe I should say the CHARACTERS.
This is very much a character driven book despite the fact that there is a plot line being followed, deaths to avoid, Reapers to escape, ecetera.  It’s the PEOPLE that really make it shine.  From Zadie and her sister Mara, our leading ladies of light and magic, one of which is being controlled by a Reaper…possibly…or just sleepwalking… *whistles* I’ll never tell…..to the fellows (let’s see that ‘s Chase and Gavin for Zadie and Hunter for Mara…oh and of course Paxton for Naomi, can’t forget our non-magical yet amazing friend!) not only competing for the girls’ attention but leaving their magical marks on the story as well (Alchemists, Cations and witches, oh my!).  From Lilura the amazing, (okay, I added that moniker as cranky and cantankerous fits her a bit better but in the knowledge and heart department, she’s tops)….to Helene the gifted (she can speak to those in the great beyond…and likes to meow…. *-*), Mr. and Mrs. Poulter plus their three children (a witch family with definitely different dispositions and opinions, hoorah!) to those that live in shadow and thrive on fear (the Reapers…. ~shudder~).  Everyone is someone worthy of note and they all work together to move the story along. Now, speaking of story…

We pretty much pick up where we left off.  Mara is back, Zadie is expanding her Vila knowledge with Lilura, Gavin is still in the picture but so is Chase, and Naomi is her awesome self.  We’ve a newcomer to town by the name of Hunter.  Brother to Chase, he’s the one that’s…more full of himself.  *ahem* Don’t get me wrong, there’s more than the exterior he presents but you have to get by the attitude first.  Good luck Mara!  Anywho, just when things seem too normal, powers return to those that were thought to have lost them, a Reaper begins running amuck for no foreseeable reason, illness strikes someone much harder than it seems, and a long lost relative may be making a return.  Let us not forget all the death and danger our group will have to dodge while they are trying to sort things out…and sorted they must be, otherwise more than one life will end, and the tally in this one is already growing uncomfortably large.

So, in conclusion, it’s a great addition to the Reaper’s Rite series that is sure to satisfy those that are fans already accounted for while continuing to add to the fold.  Come on in guys and gals, it’s QUITE the rush.  Recommended for Young Adult fans of all ages. 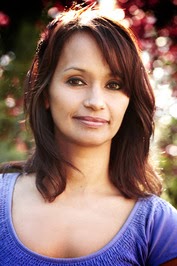 Dorothy Dreyer has always believed in magic. She loves reading, writing, movies, and spending time with her family and friends. Half-American and half-Filipino, Dorothy lives in Germany with her husband and two children.

Special thanks to MaryAnn at Chapter by Chapter and the folks at Month9Books for making this tour possible as well as for the review copy.  (THANKS!)  For more information on this title, be sure to check out the official tour page listing all the great stops along its virtual journey through the end of the month, including {Bookraptured} yesterday and Nayu’s Reading Corner tomorrow!  To discover more from fantabulous author Dorothy Dreyer, Month9Books, or Chapter by Chapter, feel free to click through the links provided above.  This title is available now, so be on the lookout for it on a bookstore shelf or virtual retailer of your choosing.

Thanks so much for featuring me, and thanks for the amazing review! <3

I am captivated with this wonderful giveaway. Thanks for this feature and giveaway. saubleb(at)gmail(dot)com