The Wild Ones: The Rebel and the Heiress by Michelle Douglas

Hi guys!
This is Satisfaction for Insataible Readers...the place that helps you say HELLO to a new work/school week with a smile upon your face; after all, there are BOOKS to be shared!

Today, we're diving into an afternoon delight (hence the posting time) with the grand folks over at Harlequin Books.  (~waves~)  It's one of THREE titles featured in their year long "can't get enough of" promotion for August (and one in the three pack YOU CAN ENTER TO WIN right here on the site! So um, you know, just click on over after you finish today's post, kay?  Kay. ^_^) and let me tell you, it was one sweet read!  Ready to join me between the pages?  Here.  We.  Go!  Today's book of choice is.... 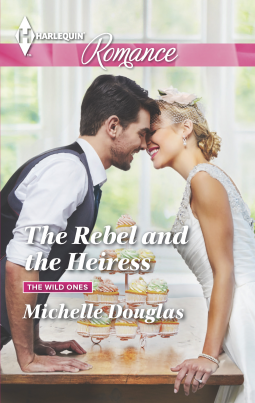 About the book...
From rebel—to knight in shining armor…?
Losing her family fortune, it's time for once-privileged Nell Smythe-Whittaker to make it on her own…with a little help from delicious bad boy Rick Bradford!

Rick hasn’t seen Nell since childhood, but with a family mystery to solve Rick needs Nell as much as she needs him. Yet with a past as checkered as his, can Rick ever be good enough for this beautiful heiress? It’s something he’s willing to prove….

Okay, so let's start at the beginning....
I'm not normally one for the serial romance type book as I like a little more meat to my read...and no, DON'T read anything into that.  I simply mean I like the time and the chance to get to know my characters and their situations more than the usual serial will allow.  That being said, though I DO wish I had had more time with Nell and Rick, author Michelle Douglas did a splendid job of letting us peek into their histories as well as their futures in the given page space.    (Bookmarks up indeed!)

Nell is the typical "princess".  She comes from a well known family of power and resources.  She has impeccable manners and can speak volumes with merely a shrug.  She's prim and proper and...not at ALL just the things you perceive on the outside.  She has substance.  She  has courage.  She has brains and know-how....and even if she doesn't she's not afraid to seek assistance from those that DO have the expertise.  She may dress in 1950's garb and make cupcakes that one could only dream of, but she's just as much at home with her hands in the soil creating beauty with nature.  She's a conundrum, a puzzle, a mystery, but only to those who are willing to take a closer look.  Enter Rick...

When we first encounter our bad boy type character, he's been summoned into town by the "Princess" for what exactly, he isn't sure.  Sauntering he has one thing on his mind....getting in and getting out.  (What....what were YOU thinking?  Uh-huh...)  Thing is, plans change...whether we want them to or not.  In his case, things are gonna change A LOT...for better or worse, I'll let you be the judge, but trust me when I say though the story is chaste, there are plenty of sparks flying and if they're not careful, something bigger than themselves just might ignite.

To conclude, this may be a serial romance in length and story telling style, but it ROCKS where it counts.  It has a mystery to be solved (a rather creative one too!), relationships to be sorted, dalliences to be dallied, and cupcakes to be eaten!  (What?  YOU try reading the book and NOT wanting a cupcake...or someone....by book's end!)  Recommended read for Contemporary Romance fans as well as those in the Chick-Lit and Women's Fiction genres.  It's sweet and simple with a twist of lemon to make things interesting. 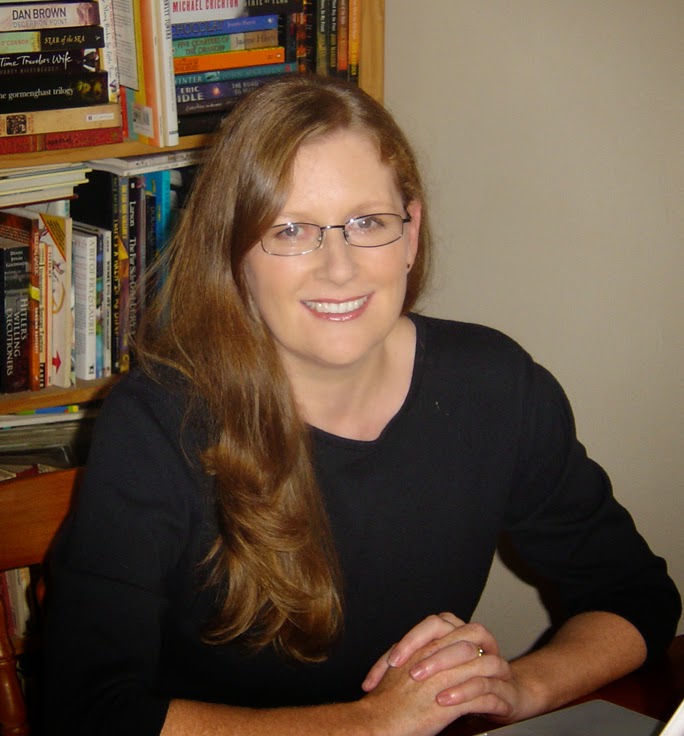 Making up stories of her own has always been one of Michelle's passions. She received her first rejection letter at the age of eight for Keri the Koala Baby, and has been writing ever since. A love of literature led her to major in English at the University of Newcastle where she recently completed a MPhil (Creative Writing).

She has worked an assortment of jobs. Everything from waitress at a wedding convention centre (where the staff oohed and ahhed over fairytale wedding dresses) to answering the complaints line at a call centre for a bank. All of which have provided her with endless ideas for stories.

Her own "happy-ever-after" came in 1998 when she eloped to England with husband Greg. They were married in Westminster – the town hall not the Abbey – lived on tinned soup for a month so they could afford to spend their wedding night in The Dorchester, and then flew out the next day to honeymoon in Paris.

She is a sucker for happy endings, heroines who have a secret stash of chocolate, and heroes who know how to laugh. When she's not writing she can usually be found with her nose buried in a book.

Review copy received courtesy of Anna at Harlequin Books.  (THANKS!)  For more information on this title (or a chance to win it!) as well as their full catalog, feel free to click through the links provided within this post.  To connect via social media, seek out the publisher on Facebook, Pinterest, and Twitter.  Curious to learn more about the author?  No worries!  She can be found online in the usual haunts.  ^_^  This title is available now via Harlequin Books, so be on the look out for it on a bookstore shelf or online retailer of your choosing.  Oh and one more thing...there is ANOTHER book that makes THE WILD ONES a duet...Her Irresistible Protector.  Looks like Tash and Mitch get to share their story too!  *adds to wish list*

Haha, innuendo is kind of difficult to stay away from when writing romance reviews, isn't it? :D