Hi there, my virtual friends!
How are YOU today?
Here's hoping your answer was a resounding FANTASTIC but you know what, if it wasn't by some twist of fate (or even if it was), prepare to have to brightened exponentially.  Why?  Because THIS is Satisfaction for Insatiable Readers.  THIS is the place to be when you know just how to kick off the week....with a book of course!

Today, we're ushering in Monday by hosting another Blue Slip Media blog tour (Hi ladies!).  This time around we're featuring a Middle Grade Fiction title that's techinically second in a series but can be read as a stand alone with satisfactory results.  Ready to READ all about it?  Here we go!  Today's blog tour guest and book of choice.... 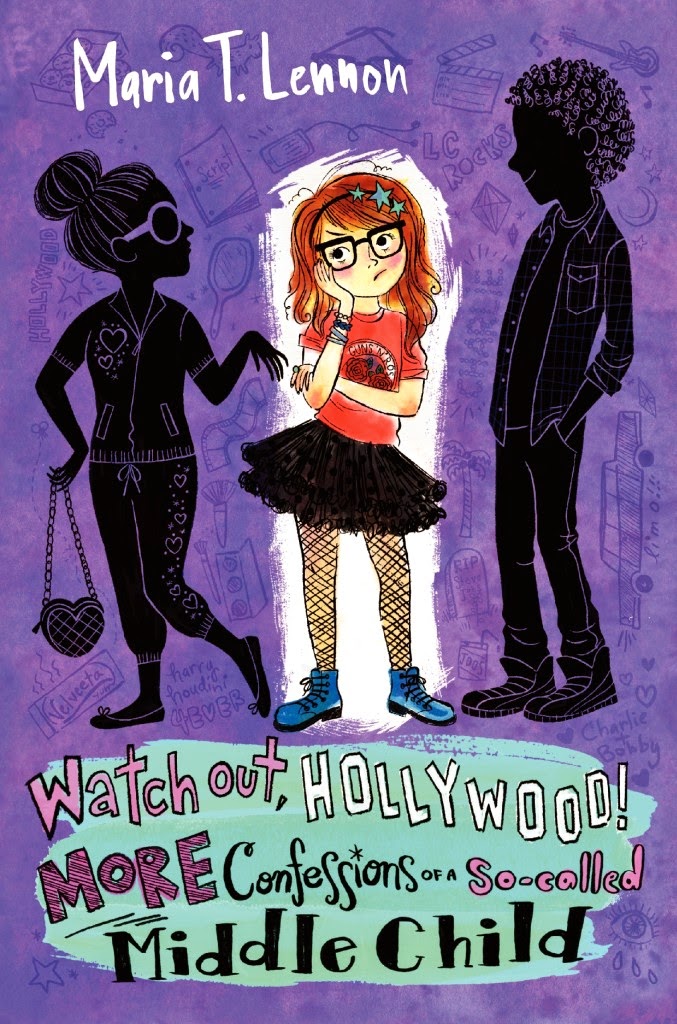 Yes, people, I, Charlie C. Cooper, am finally where I want to be.
No more middle-child, stuck-in-the-middle stuff. Nope, I've done all my good deeds, and it's finally my turn to shine. Let me recap:
Trixie is long gone.
I have my very own agent.
Hollywood is begging me to sign a deal for a huge TV series.
I am no longer under psychological care.
Bobby digs me. Big-time.
You guessed it—I'm a real live celebrity now. Cameras are lined up outside the front of my house, aka the Houdini Mansion. The lights are flashing. CNN is calling my name. I even get to skip school.
Before I step out, I put on my signature outfit: electric blue Doc Martens, fishnet tights, black tutu, and, of course, my Guns N' Roses vintage sweatshirt with sweat rings. I tease the hair, stick as many sequin barrettes in as I can, and brush on my sister's mascara.
Bingo. A star is about to be born.
I open the front door.
They snap my picture. "LA Times. Over here, Charlie!"
" People magazine," someone yells. "Can you tell our readers what it feels like to be a hero?"
"A hero?" First time I've heard that one.
Watch out, Hollywood, here I come. . . .

This is a very real look at life through the eyes of a young, sassy, imperfect,  vibrant child named Charlie C. Cooper.  She's come up from being a bully to trying to do the right thing while reaching for her dream of STARDOM.  *cue the fanfare and train the spotlights*  Her chance comes in the form of a TV series audition for which she is perfect for....or rather not.  Seems her newish friend would be a better fit, but this is CHARLIE'S dream, not Marta's....right?  While trying to do what she thinks is right, she manages to get it all wrong, twist it back again and hogtie the whole thing in a knot that just won't release....accept at the WORST possible moment and with the biggest in BAD results possible.  Oh Charlie.

It's a lesson in doing the right thing while boasting an outcome that again, reflects reality, with characters you may like, loathe and feel somewhere inbetween for.  (Yeah, Chad was definitely low man on the totem pole...*glares*) Honestly, I was rooting for a different end and at first was disappointed that it followed another route, but you know what....reflection let me see it for what it was.  Know what it was?  True to Charlie's character AND again, something that would more than likely happen if those you know where placed in this same situation.  (Sorry, gotta be a little vague, can't spoil it for you!)  So you see, while I wasn't certain if Charlie and I were going to be besties, and indeed...we were not...we did become fast friends with a mutual respect for both of our missions; her's was to do what it takes to reach her dreams AND set things right....mine, to share another adventure through the pages with all of you and hopefully adding to your "wish list" as well.

And now, let's meet the mind behind the work in a special short and sweet interview, shall we?  Thanks to the ladies at Blue Slip Media, please welcome author Maria T. Lennon! 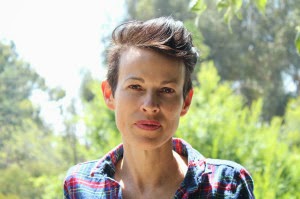 1.    How does one go from graduating from the London School of Economics to writing MG/YA fiction?

Hi Gina,
That is a funny question. When I graduated from the LSE, I wanted to work for the United Nations  I loved third world politics and dreamed of living and working in Africa. But instead I moved to Italy and became a teacher. I taught creative writing, which I already knew pretty well. In England all A Levels and, of course, university work was in essay form. I always loved to write and spent evenings writing stories that later became novels.

When I moved back to the United States, I published my first book for adults, Making It Up As I Go Along. It was about being a new mother in a place like LA where everything felt so weird after living in Europe for 15 years. And then, after spending all my time with my four children and their friends writing for them felt so natural.

2.   Why delve into the world of the Middle Child. .. and why this particular genre?

I have a middle child and the character of Charlie is kind of, sort of, based on her. Middle children have pretty specific—and I noticed over time—quite similar personalities. I wanted to write about that. Also, my daughter went through an awful lot at school when she was younger. Elementary is a tough time for kids, especially girls—they can be pretty mean to each other. I saw it all the time, and the more I saw it the more I wanted to write a book about it. I wanted it to be funny.

I wanted the main character not to be a role model, but a real kid going through real stuff. I wanted her flawed, very, very flawed. I wanted the kid not to be obsessed with money and looks and boys, but a kid who had to deal with inward stuff. I wanted her to be funny and hip and cool and alternative. I wanted it to take place in Laurel Canyon in the Hollywood Hills where we live and where my kids went to school. 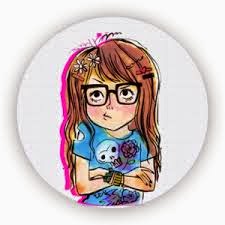 3. In this book, Charlie runs the risk of getting a big head from her brush with fame. This being your second release in the Middle Child series, how's yours shaping up? No seriously, how do you keep yourself grounded?

I’m so grounded I could live in a hole. No seriously, nothing better than four kids to keep you grounded.

4. If you could claim the writing fame of any book out there, which would it be and why?

The Lorax because no one is cooler than Dr. Seuss!

Special thanks to Barbara and Sarah at Blue Slip Media for the chance to bring this tour to all of you (as well as the ARC for review) as well as the author herself for indulging my curiosity!  (THANKS!)  For more information on this title as well as their future promotions, be sure to stop by their official site, check them out on Facebook, or follow along on Twitter.  This title was released this summer via HarperCollins, so be on the lookout for it on a bookstore shelf or virtual retailer of your choosing.  Stay tuned to the blogosphere as this tour continues tomorrow with a stop over at The Book Monsters.  Speaking of more fun....let me see if I can turn it up ANOTHER notch.  Ready?  Set?  ENTER!

To enter, just fill in the Rafflecopter below.
Entries will be accepted through midnight CST on 08/29/14.
Open to US addresses only; no P.O. Boxes please.

Loving the title and Charlie sounds like a wonderful character.

A delightful giveaway and most interesting interview. Thanks for this lovely giveaway. saubleb(at)gmail(dot)com

Hi Guys!
Thank you so much for posting this giveaway. I do so hope that parents, teachers and librarians will enter to win the contest. These books are great for the classroom because they deal with the social issues all our kids go through all the time and they're funny so your kids will laugh and read! Major bonus!