Today, we're playing host to a stop along the TLC Book Tours promotion for a HOT OFF THE PRESS title you WON'T want to miss!  The the stunning conclusion to the Natchez Burning trilogy written by Mr. Greg Iles and while not for the uncommitted reader (each book is 700-800 pages in length), the story told is not soon forgotten.  Ladies and gents, please join me as we welcome today's blog tour guest and book of choice... 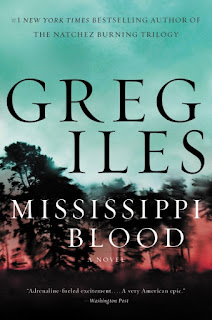 About the book...
The endgame is at hand for Penn Cage, his family, and the enemies bent on destroying them in this revelatory volume in the epic trilogy set in modern-day Natchez, Mississippi—Greg Iles's epic tale of love and honor, hatred and revenge that explores how the sins of the past continue to haunt the present.

Shattered by grief and dreaming of vengeance, Penn Cage sees his family and his world collapsing around him. The woman he loves is gone, his principles have been irrevocably compromised, and his father, once a paragon of the community that Penn leads as mayor, is about to be tried for the murder of a former lover. Most terrifying of all, Dr. Cage seems bent on self-destruction. Despite Penn's experience as a prosecutor in major murder trials, his father has frozen him out of the trial preparations--preferring to risk dying in prison to revealing the truth of the crime to his son.

During forty years practicing medicine, Tom Cage made himself the most respected and beloved physician in Natchez, Mississippi. But this revered Southern figure has secrets known only to himself and a handful of others. Among them, Tom has a second son, the product of an 1960s affair with his devoted African American nurse, Viola Turner. It is Viola who has been murdered, and her bitter son--Penn's half-brother--who sets in motion the murder case against his father. The resulting investigation exhumes dangerous ghosts from Mississippi's violent past. In some way that Penn cannot fathom, Viola Turner was a nexus point between his father and the Double Eagles, a savage splinter cell of the KKK. More troubling still, the long-buried secrets shared by Dr. Cage and the former Klansmen may hold the key to the most devastating assassinations of the 1960s. The surviving Double Eagles will stop at nothing to keep their past crimes buried, and with the help of some of the most influential men in the state, they seek to ensure that Dr. Cage either takes the fall for them, or takes his secrets to an early grave.

Tom Cage's murder trial sets a terrible clock in motion, and unless Penn can pierce the veil of the past and exonerate his father, his family will be destroyed. Unable to trust anyone around him--not even his own mother--Penn joins forces with Serenity Butler, a famous young black author who has come to Natchez to write about his father's case. Together, Penn and Serenity--a former soldier--battle to crack the Double Eagles and discover the secret history of the Cage family and the South itself, a desperate move that risks the only thing they have left to gamble: their lives.

As I said, this is not a series for uncommitted readers.  There will be no skimming of the novels without missing the meat of the story.  Starting anywhere but the beginning would be almost as big of a crime as the one that has Dr. Cage on trial for his life in the first place, let alone saying you're only going to read THIS ONE!  What's that?  Yes, I'm here to talk about my experience with THIS book, but you can't really grasp the full story unless you start at square one.  No, I'm not going to bend your ear that long, you can simply click through my reviews of the preceding titles at your leisure, but for those that have read the works, the author hasn't forgotten you in your time of need.  The opening pages do a great job of reminding you of the key things we've learned, been through, or lost....so far....allowing the little details to resurface along the way, and surface they do.

In this installment, Dr. Cage is in custody, his trial is looming, he's taken an old friend and supposedly brilliant lawyer as his counsel....and yet still won't reveal the whole-truth-and-nothing-but-the-truth to his very own son.  Try as he might, Penn can not get his stubborn father to budge...even to the point that their courtroom strategies are kept secret.  Talk about a rock and a hard place!  He's a former prosecutor, and current mayor, so he's no stranger to the courtroom, and the fact that's he's a novelist means he has an active imagination capable of spinning the scenarios that might play out.  All I can say is GOOD LUCK DR CAGE....you're gonna need it....that Shad has it out for you, let alone your other son (gasp!), the Double Eagles (Whoa!), and the local townies (shock!).   Did I think he did it?  Well, let's just say I had my doubts but the evidence is pretty da**ing.  It'll take a miracle to get him out of this one...but sometimes miracles come in surprising packages, just like knights without horses, or maidens that don't really need saving.  I'll let you ruminate on that....

Right from the start, Mr. Iles draws you in with no account for the repercussions it will have on your daily life. How so?  You see, I knew this was going to be a heavy hitter AND a heavy read from experience and I blocked the week to read the work, but life played its hand and well, you see what time this post went live? I quite literally finished reading it mere minutes before.  So, that mention I made of not caring about a reader's time was simply due to the fact that no matter what else is going on, the time you have to get up for work, the errand that needing running so badly, once you've begun, you won't be able to pull away before you've reached the conclusion.  Though most of the drama unfolds in the courtroom, there is more than enough action outside the judicial system to keep you going and going and going and....well, you catch my drift.

In the end, it was a thrilling finish to what's been an amazing trilogy.  You'll grow close to the characters both new and old hat, share the experiences for better or worse, learn the tricks man will employ to protect his own hide as well as those of the self-sacrificing soul.  Greg Iles is one talented writer who wasn't afraid to shine a light in the darkest of places in order to tell a story that will  not only shock audiences, but remind them that most people are capable of ANYTHING when held to the fire.  Here's hoping your legacy is one built by your heart, not merely your ambitions. 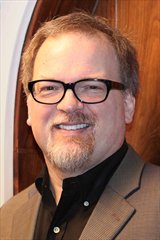 Special thanks to Trish at TLC Book Tours for the chance to participate in this tour and to the marketing team at HarperCollins for the ARC for review (and awesome tote!).  (THANKS!)  For more information on this title, the series, the author, the publisher, THIS TOUR, or those  forthcoming, feel free to click through the links provided above.  This title just hit shelves Tuesday, March 21, 2017 via William Morrow, an imprint of HarperCollins, so be on the lookout for it at a bookstore or virtual retailer of your choosing.

I am about to start this trilogy and I'm ridiculously excited to lose myself in this story!

I can't wait to finish this book! It's a fantastic series that I find so salient right now!