A Home for Leo by Vin Vogel 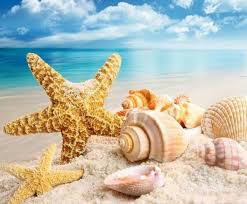 Today, we're joining the folks at Blue Slip Media for the final stop along their current tour featuring the latest from author Vin Vogel.  You may already know (and love!) his previous works, such as The Thing About Yetis and Bedtime for Yeti, but this time around, we're heading much further south to a destination filled with sun, sand, surf...and sea lions?  Yep, sea lions...and one of these particular "lions" is not exactly like the others.  Ready or not, here comes today's book of choice... 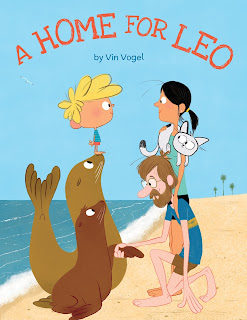 This is the story of how one little boy ended up with two VERY different families.  You see, one day a trip out to sea turned into something oh-so-much more when little Leo was lost among the crashing waves.  His family thought him gone forever, until one day some time later, on their latest trip to the shore, they saw a couple of sea lions playing with something particularly un-sea-lion-like.  GASP!  It was Leo...and yet not Leo...for time had changed the little guy and shaped his youthful mind.  Eager to have their wee one back, they welcomed him with open arms, and while Leo was also anxious to get to know his human family, things didn't go quite as smoothly as one would hope.  It seemed in finding himself, he was having to lose another part of himself again...or was he?  With a little ingenuity, a stroke of pure genius straight from the heart, and a little understanding, perhaps both families could be in the picture at the same time....

A sweet, simple story featuring a lively and original cast of characters just trying to care for their little one the best way they know how.  My stomach bottomed out when Leo went for an unexpected swim, only to warm once again when the sea lion family welcomed this flipper-less little fellow into their harem (that's a group of sea lions, in case you didn't know!).  I couldn't help but smile when little Leo and the sea lion pup were imitating each other, proving that while we're all different, we can still find common ground if we use our hearts.  Along the way, his journey is detailed with  many illustrations bursting with brilliant colors and delightful imagery that will dazzle the eye, while keeping you right in the story.  In fact, don't be surprised if you find yourself barking along with Leo in unexpected moments of exclamation! 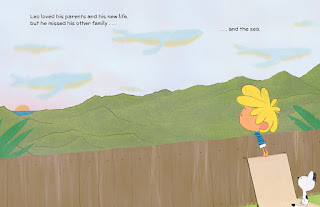 All in all, a delightful read that will entertain wee ones while spreading a message of love and acceptance...two things this world could certainly use more of. 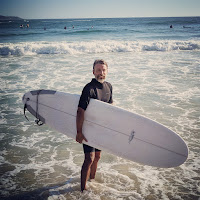 Vin Vogel is the author-illustrator of The Thing About Yetis and Bedtime for Yeti and the illustrator of Bob and Joss Get Lost! and Bob and Joss Take a Hike! by Peter McCleery, Music Class Today by David Weinstone, and Maddi’s Fridge by Lois Brandt, which won a Christopher Award. Vin grew up near the ocean and always wanted a sea lion as a pet. He also wanted to write a story about the idea of home and the feeling of being a fish out of water. When he heard about the sea lion population crisis in California, Vin knew this was the story he needed to write. After having lived for a time in New York City, Vin’s back in his hometown of Rio de Janeiro, Brazil, where he can be found with his two cats and his single-fin surfboards.

Special thanks to Barbara and Sarah at Blue Slip Media for the chance to bring this tour to you as well as the copy for review.  (THANKS!)  For more information on this title, the author, the publisher, this tour, or those on the horizon, feel free to click through the links provided above.  This title is available now via Two Lions, an imprint of Amazon Publishing, so click on over to snag your copy today!