Today, we're joining TLC Book Tours to kick off the third part of their current promotion featuring the latest release from author Susan Mallery.  Yes, THE Susan Mallery!  It's official BOOK BIRTHDAY IS TOMORROW, but I couldn't be any happier to share my thoughts on it with all of you today because I quite literally just finished reading it and OMG....it was SO GOOD!  So, if you think you're ready, let's meet and greet today's blog tour guest and book of choice... 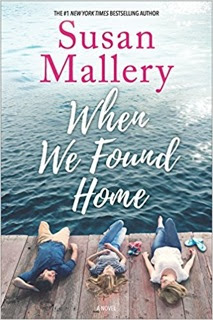 I totally and absolutely without a doubt got lost in this book...in the BEST way possible!  All the characters, all the stories, all the feels...I couldn't separate one out without touching another and couldn't be any more happy about having such a conundrum in the first place.  This is a story best told by looking at the characters because it is each of them that move things along, change the paths previously set, and otherwise open both our eyes and theirs to the endless possibilities in life.  Let's take a look, shall we?

Malcolm...he's the big brother and has been living the longest with the family name, business, and their doting grandfather.  He's plays the suit wearing tall, dark, and handsome part to perfection, but without the immense ego to go along with it.  His flaws...a bit too serious, had his heart broken so trust comes slowly, and he has issues connecting with his new siblings...much of which is to be expected considering the circumstances, but still...if he doesn't learn when to let go and how to let his walls down, he may miss out on much more than he's willing too.

Keira...the youngest of the siblings.  Discovered in foster care not so many months back and brought to live in the family home with all the luxe it comes with.  She's sweet, intense, caring, brilliant, and definitely has a way of reading people and situations.  Flaws...she hides her true emotions, finds it hard to trust (a family trait it seems), and can certainly be bossy (then again, she is twelve, so...).  She wants to believe everything that's been given to her is real and there to stay, but her past, limited though it is, doesn't lend her the insight to fully trust that.  Callie helps, as does her friendship with Delaney, but until her older brother figures things out, she's still treading water, barely breaking the surface.

Callie...the middle of this sibling sandwich.  She instantly connects with Keira, helping to break the ice on the awkward situation cake, has a wonderful heart despite the walls she's built, and is always trying to do the right thing.  She's got a history created by a mistake that she's certainly paid her debt for, but as much as she worries that others won't accept her past, she can't seem to get passed it exactly either...her own flaw.  If she can forgive herself and let others see her for who she is not what she did, she may just get the full benefit of her second chance beyond her wildest dreams.

Delaney...friend to Keira, acquaintance (initially) to Malcolm, and new girl friend to Callie.  She's struggling to overcome a recent personal tragedy in more ways than one, but she's on the job and not one to give up.  Flaw...stuck in the past, or rather held down by it.  She's never really let herself feel through everything that happened, both before and after the accident, and while she has healed in some ways, there are unexpected holes in heart she may not discover until it's too late.  Fingers crossed it won't be....

Santiago...tall, dark, and handsome, number two!  Bestie to Malcolm as well as coworker, he's a family man through and through...as in nothing stands between him and his family, those he loves...nothing.  He's got a big heart and a self-acknowledged hero complex, but as much as that big heart is appealing...and the looks aren't bad either...he may find when his loyalty is tested, he's blinded to the truth.  Here's hoping the blinders come off before it's too late because seriously, he and Callie have some C-H-E-M-I-S-T-R-Y! 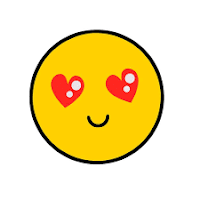 ...and those, my friends, are just the top of the top!  All the characters brought something memorable to the table and I found myself hanging on to every word, every sentence, every feeling, so much so that it actually slowed my reading time down, but there was no way I was going to miss a second!  If I had to choose a favorite...I couldn't, not really anyway.  As you can see, they all had positive points and left a grand impression...though if pressed for the "steamiest guy" of the bunch, I'm going with Malcolm... *swoon*.  *ahem*  Anywho...

All in all, another FABULOUS work by this talented writer and one fans won't soon forget!  Not a fan at the moment?  What rock have you been under?  Just kidding...but seriously, if you love Contemporary Romance or Women's Fiction, this baby combines the two most eloquently, so give it a go! 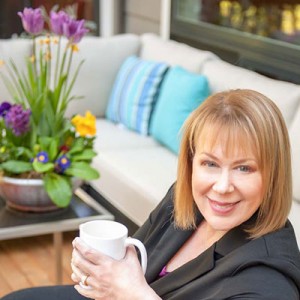 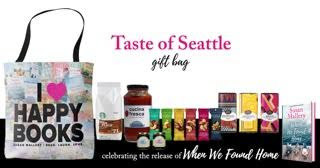 Special thanks to Lisa at TLC Book Tours for the chance to bring this tour to you as well as to the Harlequin Book team for the ARC for review. (THANK YOU!)  For more information on this title, the author, the publisher, THIS TOUR, or those on the horizon, feel free to click through the links provided above.  This title hits bookstore and virtual shelves TOMORROW, so mark your calendar, set your reminder, add to your to-do list, or whatever floats your boat, just DON'T MISS IT!

My favorite novel is The Tulip Sisters. Thanks for this lovely feature and giveaway.

I just finished Barefoot Season and loved it!