PRE BOOK BIRTHDAY BUZZ: The Plus One by Sophia Money-Coutts

Today, we're spreading the BUZZ about a title getting ready to celebrate its BOOK BIRTHDAY NEXT WEEK via Harper360!  It's a Contemporary Romance featuring a cast that'll have you in stitches, and a story as old as time, that combine to bring you a wonderful read perfect for your summer sets!  Ready or not fair readers, here comes today's ebook of choice... 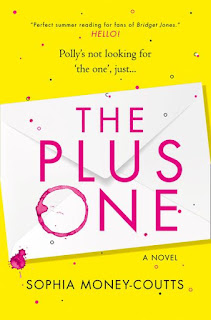 About the book...
The Plus One [n] informal a person who accompanies an invited person to a wedding or a reminder of being single, alone and absolutely plus none

Polly Spencer is fine. She’s single, turning thirty and only managed to have sex twice last year (both times with a Swedish banker called Fred), but seriously, she’s fine. Even if she’s still stuck at Posh! magazine writing about royal babies and the chances of finding a plus one to her best friend’s summer wedding are looking worryingly slim.

But it’s a New Year, a new leaf and all that. Polly’s determined that over the next 365 days she’ll remember to shave her legs, drink less wine and generally get her s**t together. Her latest piece is on the infamous Jasper, Marquess of Milton, undoubtedly neither a plus one nor ‘the one’. She’s heard the stories, there’s no way she’ll succumb to his charms…

When getting ready to write the review on this one, I had to turn back to my GoodReads updates to refresh my memory...my own fault as I read it March/April, but didn't get around to typing up the review until "show time".  Cie la vie, water under the bridge...but I also read a few other reviews as I was jogging my memory, and noticed they were quite split.  It happens, and I knew where I fell in the bunch, but I was rather surprised by how many fell on the other side of things...and the WHYs.  Grant it, I can't speak for them, and I respect their opinions, but here are MY opinions on the book at hand...

Polly is a grand character, though she thinks/shares things QUITE literally...and if overthinking was a sport, she should have been signed up for it since birth!  Honestly, I loved the humor, even when it strayed into the "adult" realm of things, and found myself stopping rather often to share a scene or chuckle with those around me.  Now some of it may not be shareable depending on your audience...remember I said she is VERY literal, so there is no dancing around things going on here...but still, I was laughing.  Oh and should I ever need to get into a latex catsuit, I've been sufficiently schooled. (OMG. LOL!)  Anywho...

The majority of the story is filled with Polly's adventures through singledom with the possibly reformed playboy Marquess, Jasper.  We see the ups, the downs, the stolen moments, and trivial banter, all while this romance is blossoming.  I mean, he's fab alright, and turns heads wherever he goes, but sometimes you have to call a spade a spade.  As much as I wanted to believe the fairytale aspect of it, I just couldn't quite put my faith in him.  Even his past connection with her bestie La had me on edge...not that I thought she'd necessarily do something, but one never knows with circumstances, and green-eyed monsters...so when things turn the way they did, I was only half surprised.  Now the ending though, that actually took me places I didn't see coming.  I mean, I enjoyed the "show" and the fallout was handled well, but it felt a bit off.  It didn't seem, even looking back, like it was leading to that particular outcome...so I wasn't displeased, I was just off kilter. 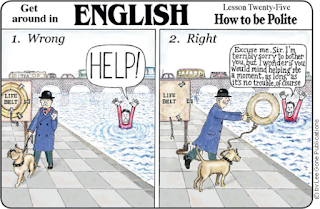 In the end, it was definitely out there, off the wall, and typically British...but I enjoyed it, even with the slight misstep at book's end.  The humor was spot on, the transparency between friends applause worthy, and the characters well worth knowing...well, okay, I would rather kick the one somewhere where the sun doesn't shine, but that's beside the point.  Recommended for ADULT readers of Contemporary Romance who love a good helping of humor pointed at the everyday trials and tribulations of adult life.

Sophia Money-Coutts is a journalist who spent five years studying the British aristocracy while working as Features Director at Tatler. Prior to that she worked as a writer and an editor for The Evening Standard and The Daily Mail in London, and The National in Abu Dhabi.

Special thanks to Meredith at HarperCollins Publishers for the eARC for review. (THANKS!) For more information on this title, the author, or the publisher, feel free to click through the links provided above. This title is set to celebrate its BOOK BIRTHDAY May 28th, 2019 (as of this post) via Harper 360, so mark your calendar or pre order your copy today!