RRR presents... PROBABLY THE BEST KISS IN THE WORLD by Pernille Hughes

Today, we're joining Rachel's Random Resources for a stop along their current tour featuring a work of Contemporary Romance.  Penned by author Pernille Hughes, and released via Harper Impulse, I can honestly say, it's one that you won't want to miss.  Aside from the quirky title, the characters really shine, and the story has just enough spark to keep you interested, motivated, and anticipating all that will be!  So, if you're ready, let's set our sights on today's ebook of choice... 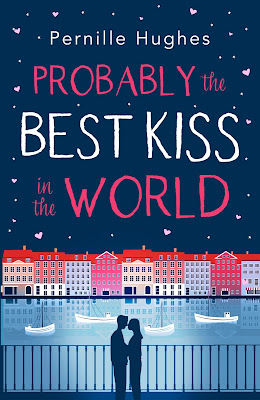 About the book...
Jen Attison likes her life Just So. But being fished out of a canal in Copenhagen by her knickers is definitely NOT on her to do list. From cinnamon swirls to a spontaneous night of laughter and fireworks, Jen’s city break with the girls takes a turn for the unexpected because of her gorgeous, mystery rescuer.

Back home, Jen faces a choice. A surprise proposal from her boyfriend, ‘boring’ Robert has offered Jen the safety net she always thought she wanted. But with the memories of her Danish adventure proving hard to forget, maybe it’s time for Jen to stop listening to her head and start following her heart…

First things first....I SO did not look at the epage count when I signed up for this one!  Nothing against it, or larger books in general, but when ereading, I tend to focus more on shorter reads, since I prefer paper to electronic print.  Alas, this one was only optioned for ebook in my neck of the woods, so ereading it was and I don't regret it one bit!

Right from the start, I was TOTALLY enjoying it...well, once I got my head around the language because yeah, US versus UK, there are definitely differences in the phrases and words used!  For example, hen-party versus bachelorette party..."taking the piss" versus "making fun of"...and so on.  Nothing too dramatic, but enough to need an adjustment.  Anywho...the story itself was definitely a keeper.  Two sisters left to fend for each other after the parents pass in particular tragedy, leaving one without use of their full self, and the other shouldering the weight of BOTH their worlds.  Did either one ask for their new role?  No...and in a rather funny twist...neither really needed to make the huge adjustments they did, but rather openly talk to one another and work together to help reach each other's goals.

I liked the sister's sense of independence and yet how they were solidly there for each other. I was laughing my butt off at the boyfriend's display of manliness with the mini-blow torch (LOL!), and rolling at her sister's reaction to their "news".  Various assorted noises of choking and/or spewing liquid out ones nose ACTUALLY HAPPENED when I learned of the next big organic, natural, good for me-you-and-the-earth trend Jen was to market.  (Seriously...OMG!) The moment we learned what the title was all about, I was swooning!  Really, there's no way around it.  It probably was THAT good...as was the "meet cute" moment for the ages - picture it...a dunk in a canal, fished out by a Copenhagen hottie, and realizing you're not only dripping wet, but unfortunately...skirtless!  *face palm*  As the story continues, their lives begin to both twine AND unravel, for better and worse.  It's not everyday that you get to reset your future...but the amount of emotionally charged baggage that goes along with those choices can be difficult to carry.

All in all, I really loved this one. The characters, their struggles, the ups, the downs, the push, the pull...the MAGIC. There was steam but nothing over the top and yeah...the title scene is DEFINITELY worth noting (twice even!), but it doesn't stop there!  It gives you this major TADA moment, and then continues to build, so that by book's end, you're one satisfied reader...or at least I was, and I'm assuming you'll be too!  Recommended for older teens through adults who love a little life, a little fun, and a touch of steam in their reading! 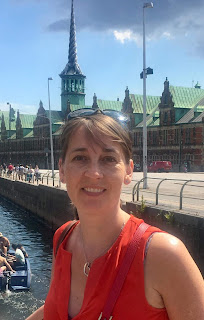 Pernille Hughes is a RomCom author and mum, whose debut novel was SWEATPANTS AT TIFFANIE'S, soon to be followed by PROBABLY THE BEST KISS IN THE WORLD (April 2019). Previously her writing has been printed in The Sunday Times and the fabulous SUNLOUNGER summer anthologies. Find out about her new books at www.pernillehughes.com

Pernille (pronounced Pernilla) studied Film & Literature at uni and took her first job in advertising, having been lured by the temptation of freebies, but left when Status Quo tickets was as good as it got. After a brief spell marketing Natural History films, she switched to working in Children's television which for a time meant living in actual Teletubbyland, sharing a photocopier with Laa-Laa.

Now, she lives in actual Buckinghamshire, sharing a photocopier with her husband and their four spawn. While the kids are at school she scoffs cake and writes RomCom stories in order to maintain a shred of sanity. 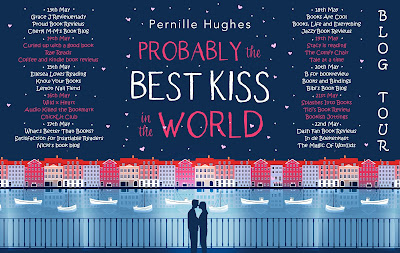