RRR presents... THE PROMISE BETWEEN US by Barbara Claypole White

Today, we're playing host to a stop along Rachel's Random Resources tour for the latest from author Barbara Claypole White.  From the sound of things, it's got the potential to be an emotional, hard hitting read that deals with family, mental illness, and the general struggles of life...in other words, probably your next addition to your must read list!  So, ready or not, let's take a closer look at today's title in the spotlight... 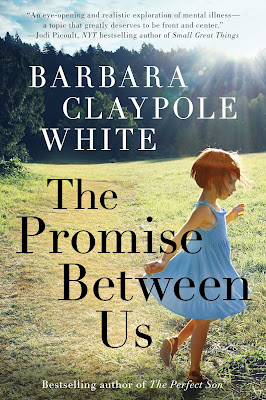 The Promised Between Us
by
Barbara Claypole White


“If you leave your newborn child because you have unstoppable thoughts of harming her, are you a good mother or a terrible one? This dilemma is at the heart of Barbara Claypole White’s novel, a wrenching story of how one woman’s OCD has a ripple effect on those around her—including the people she tried hardest to protect. This is an eye-opening and realistic exploration of mental illness—a topic that greatly deserves to be front and center.”—Jodi Picoult, New York Times bestselling author of Small Great Things


Metal artist Katie Mack is living a lie. Nine years ago she ran away from her family in Raleigh, North Carolina, consumed by the irrational fear that she would harm Maisie, her newborn daughter. Over time she’s come to grips with the mental illness that nearly destroyed her, and now funnels her pain into her art. Despite longing for Maisie, Katie honors an agreement with the husband she left behind—to change her name and never return.

But when she and Maisie accidentally reunite, Katie can’t ignore the familiarity of her child’s compulsive behavior. Worse, Maisie worries obsessively about bad things happening to her pregnant stepmom. Katie has the power to help, but can she reconnect with the family she abandoned?

To protect Maisie, Katie must face the fears that drove her from home, accept the possibility of love, and risk exposing her heart-wrenching secret. 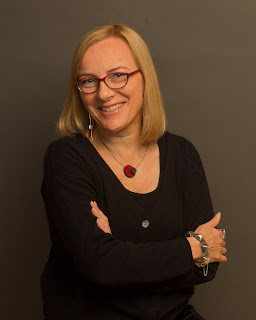 Bestselling author Barbara Claypole White has created her own idiosyncratic niche in mainstream fiction: hopeful family drama with a healthy dose of mental illness. Originally from England, she writes and gardens in the forests of North Carolina, where she lives with her family. Her novels include:

Barbara is also an OCD advocate for the A2A Alliance, a nonprofit group that promotes advocacy over adversity.

To listen to Barbara’s 2018 interview with Frank Stasio on The State of Things, click here: http://www.wunc.org/post/her-family-grapples-ocd-author-tackles-stereotypes-through-writing?fbclid=IwAR08E-DQ73f31jWBP2uKlix-eFsV7OOSQk_pXfS4uX3kqgnuHkbtVeB1Wvc