Today, we're joining Rockstar Book Tours for a stop along their current promotion starring the first book of a new series IN STORES NOW via Disney Hyperion!  It's a Middle Grade adventure on the high-seas filled to the brim with wit, humor, danger, and enough baddies that shaking a stick at them would be about as helpful as catching Niagara Falls in a bucket.  So shiver your timbers, and batten down the hatches, as we draw anchor and sail out to calmer seas...oh, wait...just kidding!  These seas about to get hella-rough as we dive into adventure with today's blog tour guest and book of choice... 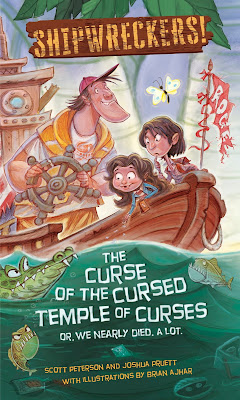 About the book...
When Dani and her big brother Mike find themselves aboard the ill-fated river expedition of careless adventurer, Captain Kevin, they must work together to save themselves and the captain from all manner of deadly trials and traps.

Complete with treacherous temples, ancient idols, and plenty of explosions, Shipwreckers is a big adventure that brings humor along for a dangerous and thrilling ride up the Amazon. In a place where laughter meets non-stop action, you'll find Shipwreckers and its cast of soon-to-be fan-favorite characters.

Once upon a time, there was a boy after my own heart.  He was a reader, as only a true reader can recognize another reader (no really...check out page 8...you'll see what I mean!), but not only by choice, but by circumstance.  You see, he lived vicariously through the pages all the great adventures that had been.  He was there by their sides as all the treasures persistently pursued were uncovered.  He followed along on every ill-fated quest, or successful expedition as those things available to conquer were...well, conquered.  Now, here he was in the Amazon on a family vacation...with no true adventures left in sight.  After all, they had all been had...hadn't they? 😉 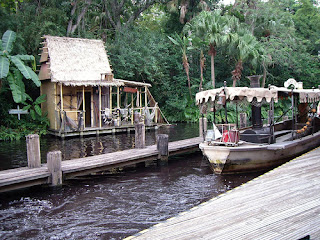 You guys...this was SUCH A GREAT READ!
Seriously, I felt like I was strapping in for a "three hour tour" only to find out that it was SO MUCH MORE.  We're talking Disney's Jungle Cruise elevated exponentially to the next level of adventure!  We're speaking of a captain that would even give old Sparrow a run for his money (no really, he'd probably have him running after money because he's tricky like that...whether intentional or not!).  We're going on about an ADVENTURE with MR. ADVENTURE(son) himself, bursting at the seems with nautical wit, humorous hijinks, and downright dangerous stunts that while you're kissing the dry land you're walking on, you'll STILL be clutching the book and turning pages because you won't be able to put it down...and no it's not because I've glued your hand to the page, either.

Captain Kevin Adventureson is ridiculously memorable...and definitely not hurting in the ego department!  Handsome. Exciting. "Been everywhere, done everything, and looked better than everyone else doing it." Seriously, he's a RIOT whether he's sailing the high seas, scamming tourists out of their vacation funds, or tackling the Amazon's hottest taco.  Dani and Mike are beyond resourceful...a good thing too seeing as their captain is a bit non-traditional.  *ahem*  They have to fend for themselves and do a bit of growing up in order to survive this trip...and just how that all comes to pass is equally exciting!  The bad guys are full of surprises, and really, there's one surprise that is TOTALLY SURPRISING...and even some of the good guys are full of them too!  We'll just sum it up as being good at keeping you on toes.

In the end, it's not AFTen that I get to be this punny in a review...or at it's close! Take it from me (no, really...take it! ), you'll want to catch the WAVE on this massive SHIPWRECK in the making. Between the fab CREW, fantabulous SAILORS TALE, and the unexpected turns to the STARBOARD side, you'll be laughing, hooting, hollering, and generally causing a ruckus this side of the HIGH SEAS while reading an ADVENTURE(son) you won't soon forget!  There, how's that for some nautical wit?  😉

Scott Peterson (aka Scott David Peterson) is currently the Executive Producer and Showrunner of the upcoming Netflix animated series, "The Last Kids on Earth."

Scott was nominated for a primetime Emmy Award for Outstanding Animated Program for writing Nickelodeon’s “Escape from Cluster Prime” and for an episode of Disney's "Phineas and Ferb."

He has worked as a writer for Warner Brothers, Universal Studios, Cartoon Network, and Nickelodeon, among others, for the last decade. Most recently, Scott has been a story editor for Disney TV Animation on "Milo Murphy's Law," “Phineas and Ferb,” “Kick Buttowski,” “The Replacements,” and “Emperor’s New School.” He has also written for such series as “Brandy and Mr. Whiskers,” “Danny Phantom,” “The X’s,” “Robotboy,” “Tutenstein,” and “Pet Aliens.” Oh, and “The Sylvester and Tweety Mysteries.” Remember that one?

Scott is also the author of many top-selling children’s books including “Phineas and Ferb's Guide to Life," "Agent P's Guide to Fighting Evil," and "The Book of Doof." He recently co-authored his first novelization of the recently released Disney live-action feature of "The Jungle Book" and signed with Disney Hyperion to write his original middle-grade novel "Shipwreckers" with writing partner Joshua Pruett. He also pens multi-page comics for Nickelodeon and Disney.

He lives in South Pasadena with his beautiful wife and two occasionally adorable children. 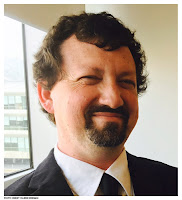 Joshua Pruett is a Primetime Emmy Nominated writer and human-author-person who splits his time unevenly between Gallifrey and Los Angeles with his incredible Wife/High School Sweetheart/Knitter/Singer Amanda and their boy and girl-shaped children. He is currently living out a dream come true, writing dialogue for Weird Al Yankovic's mouth on Disney XD's MILO MURPHY'S LAW (2016).

As a Writer/Artist, Joshua has over a decade of experience inflicting laughter on others, with credits on the history making Kickstarter relaunch of MYSTERY SCIENCE THEATER 3000 (coming to Netflix in early 2017), PHINEAS AND FERB, and the HOW TO TRAIN YOUR DRAGON franchise. He has worked as a storyboard artist, writer and creative consultant for Disney TV, DreamWorks Feature Animation, Nickelodeon, DreamWorks TV, Awesomeness TV, Sprout/NBC Universal, Disney China/Beijing, Zombie Bake Shop, Netflix and Paramount Feature Animation. Most recently, he developed THE HAUNTED MANSION for Disney TV with his friend and writing partner, Scott Peterson.

His first novel, THE JUNGLE BOOK: THE STRENGTH OF THE WOLF IS THE PACK, with Scott Peterson, adapts the 2016 live action feature film into a fun for all ages novel for young readers.

Joshua is also internet famous for getting a WIN on failblog (just type "EPIC WIN DAD" into Google Image search -- he and his daughter's award-winning Halloween costume is the first photo to come up). 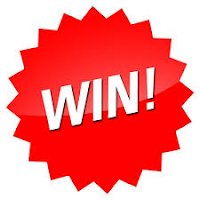 3 Winners will receive a finished copy of SHIPWRECKERS!
(US Only) 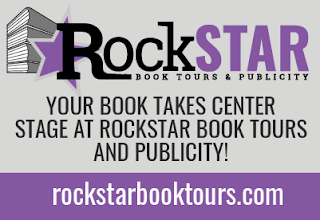 Special thanks to Rockstar Book Tours for the chance to bring this tour to you and to the Disney Hyperion team for the ARC for review.  (THANKS!)  For more information on this title, the authors, the publisher, this tour, or those on the horizon, feel free to click through the links provided above.  This title just celebrated its BOOK BIRTHDAY this Tuesday, so be on the lookout for it on a bookstore shelf or virtual retailer of your choosing.  Be sure to check out the rest of the stops on the tour for more bookish fun as it makes its way through the blogosphere...