Happy BOOK BIRTHDAY to... Across the Aisle by Stephanie Vance - REVIEW! 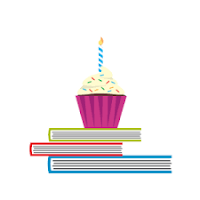 Today's late night review release is celebrating the arrival of a NEW Contemporary Romance celebrating its BOOK BIRTHDAY via Entangled Publishing! It puts us in the proverbial viper pit of political arenas (a.k.a. Washington DC) and has two souls dedicated to their side of the cause fighting the good fight to reach the goal they each see as best...but love and war, hate and interest are two sides of the same coin, and it only takes a little flip to turn it all on its head. Ladies and gents, members of the left, right, and in-between wings, prepare to state your case as we jump between the epages of... 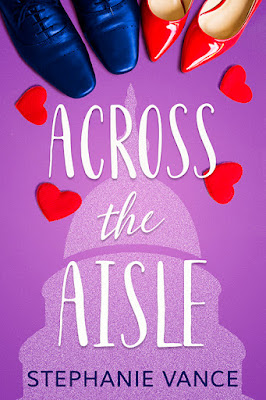 Across the Aisle
by
Stephanie Vance
Entangled Publishing, LLC (Amara)
About the book...
Tough as nails DC lobbyist Dallas McGrath can’t believe she’s being ordered to reach a legislative compromise with the opposition. And not just with anyone…with the most arrogant, obnoxious lobbyist in DC, Grant Pierce. He always finds a way to get under her skin, and it usually starts with that kissable mouth of his turning up into an annoying smirk. Well, this is one negotiation she plans to win at any cost.
Career lobbyist Grant Pierce knows he shouldn’t enjoy ruffling the feathers of the opposition this much, but he can’t help it. Almost no one leaves him without a witty comeback—except Dallas McGrath. Maybe it’s her sharp mind, or maybe it’s the sexy way she bulldozes his every argument. Either way, he’s got the perfect plan to put her off her game. He suggests they negotiate at baseball games, jazz clubs, and nap studios—but even he’s not prepared for what happens next...
GOODREADS
AMAZON
~~~~~~~~~~~~~~~~~~~~~~~~~~~~
Dallas and Grant.
They shouldn't work together...and yet, they just might be the perfect fit.
Dallas was a go getter, and she kind of had to be.  In her family, the man ruled, so in order to get a word in edgewise, she had to learn to play the game.  She learned how to so well in fact that she followed that ambition all the way to the capitol, and dear old dad, while still thinking she's merely a pawn in his bigger end game, couldn't have been prouder.  Why?  Because he's got an inside "man" that can talk the talk, and walk the walk...and when needed, turn heads just enough to have their interests be overwhelmed by his own.  Nice family, huh?  Still, you have to love her because she does her best not to stand for it, and when she sees the end results they are shooting for crystal clear, and sees that they are along the lines of fairness, honesty, and good for the masses...she takes a stand without regard to the consequences that may come her way.
The same could be said for Grant...well, at least the last part of things.  He didn't have the same background growing up, nor the same family driving him to be a cog in the political workings of "the man", and yet his desire to stand for things bigger than himself, to help the little man, and make a way for small businesses to thrive in the ever corporation driven world are noble. Do they always work out?  No...but that's half the fun...until it's not.  When he's pitted against Dallas, reads her colors wrong, and falls into a trap of his own making, there's no looking back.  True, he still wants to get his way...but suddenly, his way isn't the only thing that's important to him...and the fighting feels a lot like something more, and the meetings feel a lot more personal, and pretty soon the man that doesn't do relationships, may just be contemplating one of his own.  Funny thing about well made plans...life likes to smash right through them when we aren't even looking.
A great read for Contemporary Romance fans as well as those that like a legal edge.  There's enough to satisfy the movement driven, while still being outside the congressional meeting rooms enough to let you escape the final vote.  Which side will your heart be on?
~~~~~~~~~~~~~~~~~~~~~~~~~~~~
About the author...
STEPHANIE VANCE spent decades as a D.C.-based lobbyist, Congressional aide, speaker and grassroots consultant. She writes fiction and nonfiction based in the crazy world of Washington, DC.
~~~~~~~~~~~~~~~~~~~~~~~~~~~
Special thanks to Riki and the Entangled Publishing team for the eARC for review! (THANKS!) For more information on this title, the author, or the publisher, feel free to click through the links provided above. This title is available now, so click on over to your favorite online retailer to score your copy today!
Until next time, remember...if it looks good, READ IT!
Posted by Gina at 10:33 PM