Today, we’re shining the spotlight on an AUDIOBOOK on tour now with Silver Dagger Book Tours. It’s the fifth release in the Deadly Curiosities series, and from the sound of things, it’s gonna be one dark, magic filled ride! Ready or not, fair readers, train your sights on today’s title in the spotlight... 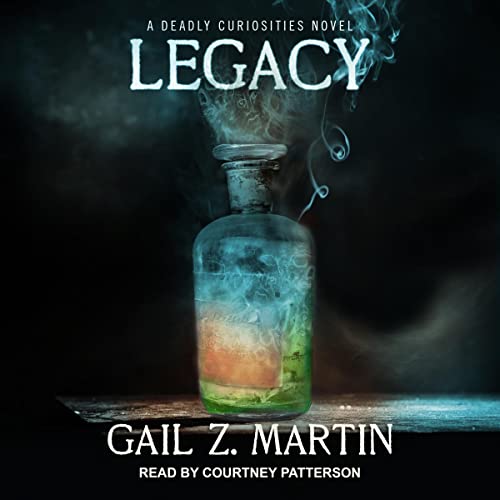 Eternal guardians who wagered their souls to protect Charleston.

Omens of impending disaster have the city of Charleston on edge. Tremors warn of earthquake risk, while a potentially catastrophic storm gathers strength over the ocean and heads for land.

A last-man-standing promise among elderly veterans creates a dangerous inheritance involving an imprisoned, wish-granting goblin. A sea captain and a swashbuckler worked blood magic to protect Charleston from an ancient evil with a spell that bound their souls and their descendants to the task, but danger looms as its power fades. The head of a witch family wants artifacts and secrets—and he'll do anything to get them.

Cassidy Kincaide runs Trifles and Folly, an antique and curio store where her touch magic helps get cursed and haunted objects out of the wrong hands. More than once, she and her allies have saved the world from supernatural threats.

The clock is ticking for Cassidy and her friends to stop the dark warlock, capture the goblin, and restore the guardian spell before a malevolent ancient entity takes its vengeance on Charleston and the coast. It's going to take all the magic, courage, and quick thinking they can muster—and for once, that might not be enough.

Get the Audiobook here! 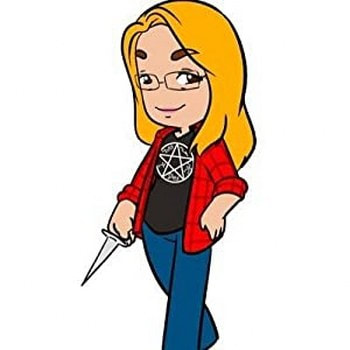 This sounds like an excellent book and series, thank you for posting

What a great mystery read-- I can't wait to get started! Thank you so much for sharing this.