READ ALL ABOUT IT: Sheltered by Debra Chapoton

Hi there!
Welcome back to Satisfaction for Insatiable Readers…the place to be if you’re bookish, you know it and you’re not afraid to show it; in fact, you prefer it that way. 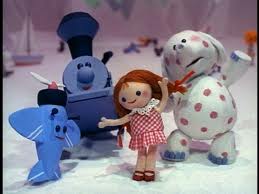 Today, we’re taking a peek at a book I’ve got scheduled for review in the coming year that I’d rather YOU not have to wait to become acquainted with.  Awfully nice of me, no?  Just kidding, but I wasn’t kidding about the introduction or lack of wait because nothing (well, almost nothing) gets under my skin more than a good book falling by the wayside; it’s as sad as the !  So, YA lit fans…permit me to add yet another title to your bulging wish list (hey, it IS the holidays…perhaps Santa Claus will gift it to you!) as we take a closer look at….

Living together unsupervised, five troubled teens confront demonic forces and are compelled to deal with their problems in distinctly different ways. Paranormal meets psycho meets Goth in this story of a supernatural haunting and budding love.
High school junior, Ben, hacks into his step-father's real estate holdings and provides rooms in an old two-story house to various outcasts: the schizophrenic kid, the angry Goth girl, and the homeless girl who worships him. When Megan needs a place to live she comes to the rooming house with a different set of problems and the ability to confuse and attract Ben.
One by one strange and mysterious occurrences stretch the teens’ beliefs in the supernatural. How they deal with demons, real and imagined, has tragic as well as redeeming consequences.

Ooh….anyone else get a chill?
~shivers~

Sounds like an uber creepy time to be had, I know I can’t wait for the read (but alas, I must!) even if it is against the “norm” for this time of year.  I say think of it as your solution to all the holly jolly reads roaming the shelves right now; perhaps a welcome respite to the overall pepperminty season.

Now, let’s take a look BEHIND the cover….

Next Wednesday
Emily knew the precise moment that Ben returned, she felt him in her scars. She watched him carry some things to the house, heard the door close; she smiled when she heard him call out that Santa was here. He did that once before, in early December, insisting that she accept the gift he held out, not wanting her to wait until Christmas to use the mittens he knew she needed.
She went toward her door now, wondered what he had brought, and then heard Megan’s voice below. Oh no, he probably brought something for her. She scuttled back to her nest by the window and stared outside, was still staring fifteen minutes later when she saw them walk down the street, Ben shouldering a shovel, his other hand knotted with Megan’s.
She touched the skin on her arms, lightly at first, making it tingle. The image of Ben with Megan multiplied across her mind in broken mirrors, a repugnant picture that reflected her own self-loathing. She scratched at her scabs, felt the pricks of pain force away the ticklish sensations. She closed her eyes.
When she opened them she saw a figure standing at her door.
“Who–?” she started, but the figment waned to less than a shadow. Still, though, there was something at her door.
She rose slowly and held her hand out.
Its face was more womanly now, friendly, motherly. Yes, she knew this face. Its pearly white skin so shocking against the ruby lips, the stringy hair a match to her own. Her mother.
She stretched her fingers toward the face. The hallucination faded then sharpened. The eyes began to blaze. She drew her hands back to her own face. What’s wrong with me?  The delusion grieved Emily; all around her fluttered a longing.
And a deadly fear.

Okay, if I wasn’t curious before….I SO AM NOW!
Obviously Emily has a crush on this Ben character but what’s with the illusion of her mother and the shocking change that overtakes it upon her notice?  I totally understand the fear after seeing something like THAT.  I’d be scared, wouldn’t you?

If you’re not too scared and you’re ready to take the next step (as in read the book), you’ll be pleased to know that it was released this past October via Big Pine Lodge Books (run by the author herself!) and is ready now for your prying eyes (just kidding!)!  Here’s a site or two to get you started…. 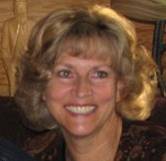 Debra Chapoton has taught kids of all ages in her main career as a teacher. She has a BA in Spanish and a Master of Arts degree in Teaching English. She started writing in 2002 and was surprised to find out that the characters quickly take over the action and dialogue in the stories.

Her first YA novel, Edge of Escape, was self-published and then discovered by Piper Verlag Publishing and translated into German. Stalking and obsession get a sympathetic twist in this story of physical and psychological survival.
Her second YA novel, Sheltered, detours into a different genre as she writes about five teens who confront supernatural forces. Two boys and three girls all harbor secrets which make some of them susceptible to demon possession. Embracing all things supernatural might protect them, but are they ready for the consequences?
Chapoton has also written eleven chapter books for middle grade kids and a non-fiction work for adults, Crossing the Scriptures.
When she’s not writing Chapoton enjoys the quiet of the full log home she designed and built with her husband. They live in the middle of 62 acres of beautiful woods in northern .

Special thanks to author Debra Chapoton for the chance to share her book as well as this excerpt with you.  (THANKS!)  For more information on this title as well as her current works in progress, be sure to check out her blog, add her to your circle on Google+, or follow along on Twitter.

Email ThisBlogThis!Share to TwitterShare to FacebookShare to Pinterest
Labels: 2012, book spotlight, excerpt, fiction, read all about it, young adult

What a fascinating excerpt! I have to say the cover is fabulous- it drew me in right away. Sounds like an interesting story- thanks for sharing.
~Jess

Ooh! I love spooky books in the winter. I always think of the Poe line, "Twas in the bleak December..." Spooky? Yes please! Thanks for sharing this book on your blog!

Does sound like a good one, doesn't it? And I hate to see good books fall to the wayside too. Might be a little too scary for me, so I'll wait to see what you think of it first. :)