Hi guys!
Welcome back to Satisfaction for Insatiable Readers…the place that loves nothing more than to whisk you away on a grand adventure through the pages of my latest read.  That description isn’t too far off either considering today’s featured title.

It’s a new release scheduled to hit store shelves TOMORROW (12/11/12), the first of a series if I understand correctly, aimed at Middle Grade readers but suitable for those beyond as well.  To me, the simplest way to describe it is this…take one part Indiana Jones and one part Steampunk, mix well and BOOM; you have an explosion resulting in epic goodness…but of course you know me and “simple” isn’t usually my style. ^_^  Allow me to divulge a bit more about this treasure as we take a closer look at today’s book of choice…. 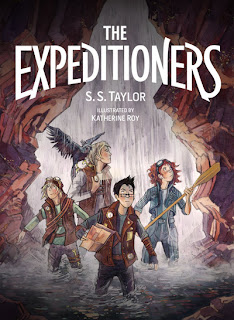 The Expeditioners
and the Treasure of Drowned Man’s Canyon
By
S.S. Taylor
Illustrated by
Katherine Roy

Computers have failed, electricity is extinct, and the race to discover new lands is underway! Brilliant explorer Alexander West has just died under mysterious circumstances, but not before smuggling half of a strange map to his intrepid children-- Kit the brain, M.K. the tinkerer, and Zander the brave. Why are so many government agents trying to steal the half-map? (And where is the other half?) It's up to Alexander's children-- the Expeditioners-- to get to the bottom of these questions, and fast.

I’d imagine you’d be hard pressed to find a reader that doesn’t enjoy some aspect of this book.  From the characters (which we will get to in a second) to the multi-layered story, it’s an adventure and a half just waiting for you to embark upon the journey.  Take three children whose lives were turned upside with the mysterious passing of their father (okay, not THAT mysterious since he was an explorer but still…I have my suspicions…), which left them orphans fending for themselves against the world.  They only have each other and you know what…that may just be enough; of course it would be FAR easier if the man with the mechanical hand never got involved.  I mean really, what was he THINKING giving a young boy a box with a secret compartment containing…umm, well something unimagined but apparently EXTREMELY popular with the BNDL (Bureau of Newly Discovered Lands…aka part of the governing body).  In fact, they’d give pretty much anything to get their hands on it.  How peculiar?  Especially when you consider it’s only half of what they seek…well, only half if you aren’t smart enough to figure out where the rest is hidden and how to decipher it all.  Good thing his children are as smart as a whip and twice as fast. 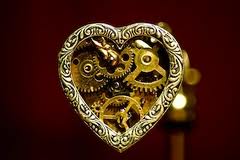 Now the intelligence of this trio is not to be questioned.  Apart they have their individual strengths (as noted in the synopsis) but together they are a force that works well enough together to get the job done (though grant it, sibling rivalry can get the better of them at times) with smarts and a lot of heart.  It was great to see that even though they didn’t always see eye to eye, they were there for each other risking life AND sometimes limb.  Hey, it is a quest, so danger is part of the formula!  Each obstacle encountered, every decision made is a calculated move to reach what they believe to be the treasure of a lifetime; a true statement indeed, just not entirely what they and you are assuming it will be.  There’s a little surprise in there that gives the story more depth than first imagined, much to my delight…though either way, the story would still have been captivating.  Moving on…

Each sibling plays his or her role well and it’s hard to not play favorites amongst them, but favorites I did develop.  Our narrator for the most part is Kit, the middle child (ironic it being a middle grade read and all…^_^); surprisingly, he does not suffer from “Marsha/Jane Brady syndrome”.  Does he have moments where he’s jealous of his older brother?  Sure; though the same goes for his younger sister….but it’s merely a passing though, he is human after all, and something that’s a part of growing up.  You come to realize that you each have a place in your family and they are all of great importance just in their own little way.  It was great to watch Kit grow in his confidence, explore his abilities (this kid is GREAT with a map!) and even get a first glimpse at love.

Next on the favorites would be M.K., the youngest and only girl amongst them (their mother passed away many years ago), she is a little spitfire…and I mean that with a capital “S”.  When trouble comes a knocking, she knocks right back…no really, she does!  You’ll see what I mean when you read the book but let’s just say that putting her within range of a wrench or even a pocket knife if you’re trying to hold her captive is not such a good idea.  You have been warned.  Seriously though, she’s much stronger then her tender years should allow but when you’ve had to grow up quick, it can’t be helped.  She’d much rather take things apart and put them back together again than play with dolls or put ribbons in her hair.  Such is the times, and such is the need, especially since she wants to keep up with her brothers.  Speaking of which…

We can’t let the eldest slip by without a mention.  Zander may not be my favorite but again, he too plays an important role in the story.  To me, he’s trying too hard to shine after they lost their father; perhaps even trying too hard to walk the narrow line between brother and guardian in such uncertain times.  I get it, he feels responsible for them, but perhaps he’d do better to drop the macho act he dons here and there, and just feel the situation for what it is.  That being said, he definitely cares for his siblings without a doubt and all living things for that matter, which certainly explains how he got Pucci as a pet and protector.  Oh, Pucci?  He’s a parrot…with mechanical legs/claws.  Yeah, you see there are many nations that believe they could be utilized as bomb carriers and worse when gasoline and electricity left the world in the dust and so they outfitted them with the “proper gear”.  Not cool…not cool at all but Pucci is a survivor just like these kids so he fits in perfectly.

Though the West family is in the starring role of this story, there are many other characters that make their presence known…some for longer periods of time than others.  (Dun dun dunnnn…..)  From Mr. Mountmorris to Mr. Foley, Sukey to , there’s a wide range of faces and ages you’ll meet within these pages.  You’ll befriend some, be suspicious of others (and sometimes, rightfully so…sometimes not), and never trust a few more; in short, they’ll keep you on your toes in a good way.  You also pick up a skill or two over the course of the read in reference to map making, map reading and a slew of other quirky bits.  Hey, you never know when they might come in handy…though let’s hope we never have the same shortages they do.  Can you imagine…no electricity?  ~shudders~ One more thing before we draw this post to a close… 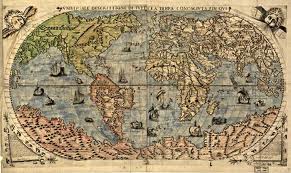 Far be it that this work be considered a picture book but it contains pictures nonetheless.  Don’t worry big brain thinkers out there that feel pictures in stories are only for the kiddos, I promise your intelligence will not be questioned if anyone captures a still shot of you reading this book.  The illustrations are scattered throughout the novel and work hand in hand with the text in both structure and medium.  They are pen or pencil drawings, purely black and white, and have a certain roughness to them that works well with the type of story not to mention they will help younger readers capture who’s who among the group THAT much faster allowing them to enjoy the ride…or rather walk, fly, run, swim…you get the idea.

In conclusion, a great choice for any reader able to read predominantly on their own that enjoys adventure, quests, treasure of all varieties, and discovering the real value of people, places and things beyond the obvious.  It’s a reminder how money isn’t everything and that there will always be places to explore in this great big world…as long as we keep it that way.  A hidden message of conservation and preservation is definitely a vein running throughout the work much like the gold in…never mind…ahem, but it doesn’t overshadow the story in the least, merely deepens the lessons carried away.

ARC and finished copy received courtesy of McSweeney’s McMullens.  (THANKS!)  For more information on this title as well as their complete catalog, be sure to visit them online, like them on Facebook, or follow along on Twitter.  This book is scheduled for release tomorrow (12/11/12) so be on the look out for it on a bookstore shelf near you (would totally make a great addition to someone’s holiday gifts this year…just sayin’. ^_^)…and don’t forget to check out the back side of the cover!  A cool discovery awaits the curious there. In the mean time, feel free to view the official book trailer for another peek at the adventure that awaits you.

Terrific review! This is the kind of book I loved as a kid and still do today. I will never be too old for this kind of fun and adventure! Thanks for the info. I'll be looking for this one!

Wonderful review, the tale seems magical and the siblings unstoppable!

Wonderful! Sounds like a great read for middleschoolers and older. :) Thanks!

Sounds like another fun read! Although I'm pretty sure you could make any book sound good, as your reviews rock! Another job well done! :)

This sounds like a lot of fun. Thanks for the review. I'll have to check it out. :)