The Landing by John Herrick

Hi guys!
Welcome back to the final edition of Satisfaction for Insatiable Readers… 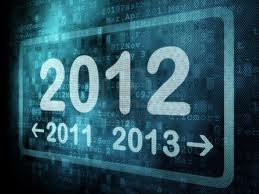 …for 2012 that is.  ^_^  What…you didn’t think I’d be checking out on you now did you?  Pfft!  As if!  I love this place TOO much from the books to the friendships to the sharing, learning, and exploration of new worlds together.  I couldn’t quit now if I tried…or at least without some seriously shark infested waters lurking below.  *looks for sharks*  Nope, don’t see any so you’re stuck with me for another year.

Before we get a bit nostalgic, I would like to remind you of THREE contests still going right now on the site.  ONE ENDS TONIGHT…and the other two will remain to help usher in the new year…but the only way to have a chance at winning is to enter SOOOooo, you know what to do, right?  Get your entries in post haste…and spreading the word would be OH-so-appreciated as well.  ^_^  Moving forward... 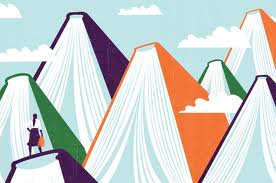 So, I don’t know about your TBR pile…mountain…country…universe…but mine is rather large complete with those books I’ve agreed to review, those random arrivals that look too good to pass up and my own additions.  It’s a busy reading world after all don’t you know!  Problem is, sometimes schedules can get a bit tight and things get pushed or nudged here or there.  If your book was part of a nudge at any point, my sincere apologies; I try to schedule things out enough but what can I say…I’m not prefect.  For those that are still on the 2012 roster, no worries…your “day in the sun” (on SFIR at least) is still coming; for those signed up for 2013, looking forward to featuring your and/or your work.  It’s gonna be a great year reading/sharing wise…ooh buddy!  But before we jump too far into the future (anyway else have stores in their area already “pimping” not only their Valentine’s Day wares but St. Patrick’s Day and dare I say it…Easter?  Yeah…mine too… *-*), let’s reflect on our past with a book that has its characters in much the same situation.

Today’s spotlight shines on the second work from an author I featured back in…whoa, 2010 (seems like only yesterday) that was actually his first work completed.  Confused?  Allow me to explain.  You see, he penned THIS book first but it was actually his SECOND novel (From the Dead) that hit bookstore shelves as an introduction to his writing…which in my opinion, having read both works, actually worked out pretty well.  But I digress, his latest release (in short format) boils down to this…a work of Fiction that definitely comes from the heart that will have readers examining their own pasts for connections dropped along the way, and give them yet another reason to appreciate the power of both the written word and music itself.  The long format, well, let’s introduce it first shall we?  Today’s book of choice and 2012 close out review is awarded to… 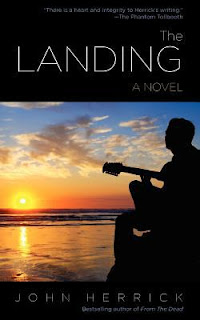 The Landing
By
John Herrick

When songwriter Danny escaped to the Atlantic coast seven years ago, he laid to rest his unrequited affection for childhood friend Meghan Harting. Their communication faded with yesterday and their lives have become deadlocked. Now Danny, haunted by an inner stronghold and determined to win Meghan back, must create a masterpiece and battle for the heart of the only woman who understands his music. As memories resurface, Danny and Meghan embark on parallel journeys of self-discovery-and a collision course to seal their mutual fate.

Truth be told…I had a HARD time getting into this book; in fact, it took me a good 50 pages to really get into the story.  Why?  That’s a question I pondered myself.  Part of me says it was because I had just gotten a cold (which I’m just now hitting the tail end on…thank you very much!) and so my concentration was a little less than usual; part of me quipped that I was stretched a bit too thin between work 1, work 2, the holidays, and life in general (whew!) so tiredness may have been played a key…but, and it is a rather small “but” at that, a tiny voice in my mind also said that I felt a bit of disconnect from the characters in the very beginning and that traipsing back and forth between the past and present was a good part of that. 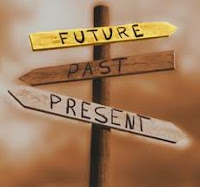 You see the chapters alternate between our lead characters; their lives, their interactions in their younger days and where they stand in current times…and if you can belief it, it’s not next to each other as one might have presumed.  Nope, as with many friends…even those with GREAT potential to be more than friends…they grew apart and life swept them in different directions.  Be it by choice or by fate, the distance grew in miles…but never really settled in at heart…and THAT my friends is what brought me back to the story.  After the first 50 pages or so, I found the rhythm within the pages, felt the notes in higher keys reverberate off my heart and was glad I committed to the story with both feet.

Danny is a soul that I would love to know; kind, generous, content to be in the presence of those he cares for without even speaking a word and yet able and willing to express his feelings openly (and eloquently as his songs are rather moving).  He loves many with the purest of intentions but holds a few closer to his heart and once there, you’ll more than likely remain for the rest of your days.  He didn’t choose the easiest path in life and I’m not going to say that he’d be first in line to slay a dragon for any random person (himself included), but if you need him and he calls you friend, he’ll be there in a hurry.  All the emotions he carries with him, all the beautiful sunsets and new beginnings he sees in the world come through poetically in both his lyric and song….something his childhood friend and love interest Megan discovers, eventually. 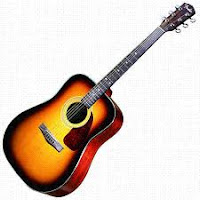 Meghan.  She is a hard heart to get to know.  How so?  She’s not cold or callous, goodness no, but she’s been dealt a hand in life that isn’t lined with golden bricks and her self-esteem, her self-worth has taken a blow.  Is it going to hold her back from the life, the love she truly deserves?  That remains to be seen….or rather read by you (I’m not spoiling it for you!)…but it has been said (and sung) that “to every thing there is a season, and a time to every purpose under the heaven” and that is DEFINITELY the case here though their window of opportunity is closing fast!  (Trust me, you’ll have your heart in your hand as you wait to see if things pan out for this seemingly fated pair…)

In the end, I’d sum things up by saying it’s a novel that starts off slow but has an irrepressible beat that can’t be ignored.  It tugs at the heart strings while wrapping its melody around you until the book you thought you stepped into is something much more than you anticipated.  The beauty of the times, the majesty of the moments, even the stillness of their hearts is all communicated wonderfully from page to mental picture.  I’d still suggest readers embark on his prior release first (my review of which can be seen right here as well as an interview with the author) to get your feet wet in the world of this author, but much like the “B-Side” of a cassette or the second disc in a greatest hits collection, the want of a second journey is inevitable.

Review copy received courtesy of author John Herrick.  (THANKS!)  For more information about this title as well as his past (and future!) works, be sure to visit his official website, friend him on GoodReads, like him on Facebook or follow along on Twitter.  This book was released earlier this year and should be available now on a bookstore shelf near you.  Need help locating it?  No worries!  Just click HERE.

Until next year (hehe)…wishing you the happiest of new year’s…and happy reading!

Another great review! I don't think I would have your patience and would probably have given up before the 50 pages.

tisk-tisk this is not April fools day..last post, ha if I hadn't read the next posts first i would have been shaken. The Landing sounds good, and when you talked about how long it took you to get into the book..that is exactly why i do not DNF books..i am always afraid a five star is one page, one chapter away! Lovely pick and thank you for sharing! Glad you will be around the sphere!