Hi there!
Welcome back to Satisfaction for Insatiable Readers...the place where readers come to celebrate the joy of books, and books come to play in the spotlight for all to see.

Today, we play host to a TLC Blog Tour (Hi, Trish!) starring a Romantic Comedy from the Fiction genre that's sure to get your blood pumping...in more ways than one.  *wink wink*  Girls, grab your cutest workout outfit; guys, get ready to curl!  It's time to meet today's book of choice.... 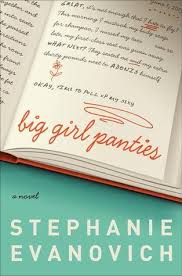 
Holly didn't expect to be a widow at thirty-two. She also didn't expect to be so big. After her husband's death, food was the one thing she could always count on. Now, those extra pounds make flying coach feel like medieval torture—especially when she's squished next to Logan Montgomery. A personal trainer to famous pro athletes, her seatmate is so hot that he makes Holly sweat in all the right (and so embarrassingly wrong!) places.
Though Holly doesn't make the grade on Logan's first-impression meter, he finds himself intrigued by her sharp wit and keen insights—a welcome change from the high-maintenance models he dates—so he impulsively offers to get her back in shape. A little skeptical but ready to make at least one positive change in her life, Holly agrees.
To Logan's (and her own) surprise, Holly turns out to be a natural in the gym, slimming down into a bona fide looker with killer curves—and a new kind of hunger. Before either of them can stop it, the easy intimacy of their training sessions leads to even more steamy workouts away from the gym.
Logan's best friends, professional baseball player Chase Walker and his wife, Amanda, see that this is more than a fling, even if Logan and Holly don't. But can a man whose whole life depends on looks commit himself to a woman who doesn't fit his ideal? Now that Holly's turning other men's heads, does she even need Logan anymore? Are they a couple built to last . . . or destined to fizzle?


So begins a story of what happens when boy meets girl, internally chastises her, tries to turn things around for karma's sake and ends up turning his AND her life on its ear.

First things first, that title.  It may have some blushing and others reaching for a book cover but others still will get the double meaning from the start.  On one hand, it refers to Holly's actual size initially in the story, placing her in the "big girl" category.  The other end of the meaning is one you've probably heard before where someone tells someone else to put their "big girl panties on"...usually followed by a suck it up, or make the most of a bad situation.  Both definitions apply to this story, THAT'S for certain, so if you choose to read the book.....OWN the title.  Now, back to the story discussion... 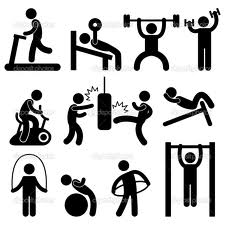 It's not an easy going road for either of them (Holly or Logan). They both have things to learn, things to overcome, things that will get in the way of the possibility of them together...but also of them being apart.  As things progress, you get to know each of the characters on a more intimate level....and in the biblical sense (*ahem*)...twisting your opinion from in favor of to must-strangle-now and back again.  It's heart warming, yet self deprecating, realistic to its core even when it hurts and overall, a good time to have between the pages.

Favorite character?  Ooh.  That's a toss up.  I could easily say Holly, our leading lady.  She comes from the bottom to the top to uncover her true strength and rediscover her own radiance with AND without a man.  (You go girl!)  Then there's Logan.  While he can be a royal a-hole at times, but he means well...mostly.  He realizes you get out of life what you put into it and eventually comes to confront his own issues that were just below the surface but impeding him from finding his one true love.  On the other hand, there's Amanda and Chase, the high power, slightly unconventional duo that's a few shades of 50 without apology (oye with the references already...it seems to have infiltrated EVERYTHING!) but at heart, they are good people....who just so happen to be rich and famous.  Hey, those two things never really hurt a situation now do they?  ^_^ 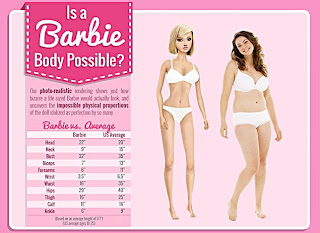 Story wise, you toss and turn about with every emotion, every dropped pound, every new ounce of attitude and worth discovered.  You'll cheer Holly on in her battle against the bulge.  You'll commend Logan for his fortitude in sticking with a promise made and aiming to make a positive impact on someone else's life.  When feelings less professional are realized, you'll cheer once again....while still worrying about the state of her heart.  After all, he may be an Adonis, but it doesn't mean the male beauty can't become a beast, breaking hearts yet again.  There's so much to love, you'll be glued to the page til the final turn.  One of my favorite unconventional scenes would have to be the Bjork-dressed-girl on a rampage party scene  (*smirk*....totally deserved that black eye).  Favorite quote would be "Suck it up, wench.  He's taken...by a Barbie doll's worst nightmare..."....I definitely giggled out loud when I read that line.  ^_^

In the end, it's a story for all the girls that have ever looked in the mirror and wished things were
different...yet still held out hope for that fairytale-esque ending.   Those with the fortitude to change what they see, more power to you.  Those without that will power currently, perhaps this fictional story will motivate you to reach the best version of yourself.  At the very least, you'll have a riotous romp through the Northern states with a pair so very different and yet so very much the same.  A fun read indeed and recommended for the adult reading audience due to unexpected content of a definite sensual (and sometimes more) nature.  It doesn't over power the story, but it definitely features a time or two.

ARC for review courtesy of Trish at TLC Book Tours and great folks at HarperCollins.  (THANKS!)  For more information on this tour as well as those forth coming, be sure to stop by their official site, or follow along on Twitter.  This title was released via William Morrow just last month and should be available now on a bookstore shelf near you.

Looks like a fun read! And the Barbie pic made me LOL.

"realistic to its core even when it hurts" So much of the fiction I really enjoy is like this, hitting readers where is hurts yet still remaining fun and entertaining. Sounds like this was a great read!

My review posts next week and I agree a fun read indeed! Lovely review:)

"it's a story for all the girls that have ever looked in the mirror and wished things were different" So it's for all women everywhere? :)

I love your description of this book. Sounds realistic enough to be relatable, yet with enough craziness to be a good book. I'm so glad you liked it!

FAB review darling. You have me thinking I must try it.