Good morning, afternoon, or night!
Welcome back to the site that celebrates the reader in you no matter time it is or zone you're in...Satisfaction for Insatiable Readers.

Today, we are playing host to a stop along the blog tour for the latest in The Sullivans series via Meryl L Moss Media Relations, Inc. It features book three in a series that has drawn A LOT of fans across the globe and while I may not have been completely on board with the last two, this one had be hook ladder and sinker.  (^_^)  Today's Contemporary Romance book of choice is.... 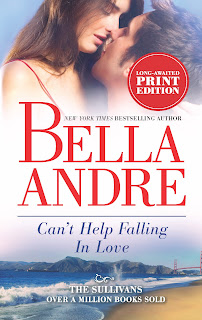 
How much is worth risking?
Gabe Sullivan risks his life every day as a firefighter in San Francisco, but he knows better than to risk giving his heart again. Especially not to the woman he saved from a deadly apartment fire…and can't stop thinking about.
Megan Harris owes everything to the heroic firefighter who saved her and her daughter. Everything except her heart. Because after losing her pilot husband, she has vowed to never suffer through loving—and losing—a man with a dangerous job again.
But when Gabe and Megan meet again, how can he possibly ignore her courage, determination and beauty? And how can she deny not only his strong bond with her daughter…but also his sweetly sensual kisses, challenging her to risk everything she's been guarding for so long?


So, I started this book with a preconceived notion of what was to unfold....little bit of fabulous story line, LOADS of bow-chica-wow-wow.  *-*  When all was said and done, boy was I surprised!  How so?  Let's get to the for/against list as we've stuck with it this far into the series and it seems to work rather well, don't ya think?  Here goes something... 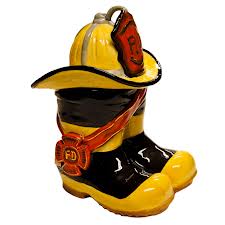 1.  Story line...this author totally knows how to garner interest from her readers.  This time around, she sets a realistic story line, probably the most thus far, that people can relate more easily to.  The danger of a house fire, the incredible loss that could have been so much worse, the inevitable hero, the sparks that were never intended to be and the journey it took them to get from point A to point B...all intricate parts of the overall puzzle that creates a read you'll be invested in.
2.  Emotional connection...there in ways that will touch your heart and steal your breath.  Whew!  You can't help but feel for ALL the characters in this one.  From Gabe and Megan trying to sort things out heart and soul to Sophie who's story will reveal itself in due time, from moments in the comfortable company of three to the intense moments of closeness both under and on the sheets, you'll be there through it all and then some with your heart in your hand and a smile on your lips.
3.  Characters...oh my my!  I don't know how to put this one but while Chase and Marcus both had their uber positive points to ponder, Gabe just has that something extra.  He thrills to danger but not with reckless abandon.  He wasn't an angel in the past but he was faithful and like his brothers, once he falls....there's no turning back despite what his intentions are.  He's handsome as all get out, good with kids, knows his heart (well mostly), takes his time....need I go on? Okay, I will, but about the others of awesome note.  Megan is a strong character and not just for her amazing daughter, Summer.  She's survived a heart broken in more ways than one and is determined to make sure nothing happens to rock her little family's world.  Oh but sometimes quakes of the earth under our feet can be the most fun...and if her little girl has anything to say about it, it is fun she shall be having in short order.

1.  The "encounter" situation wasn't overtly high this time around but there was again a bit too much detail.  Were they intense?  Certainly....but not necessary in their FULL colors for the book to be just as enjoyable  on all counts.
2.  Umm...I'm hard pressed to come up with a second this time.  Nope, we're ending it with one. 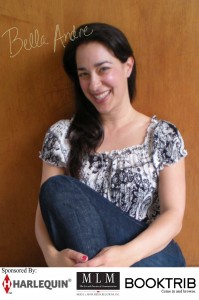 Final thoughts...a GREAT READ recommended for ADULTS ONLY.  Yes, I said it...a great read.  It starts with a potential tragedy, takes a turn for a new tomorrow with all the experience of yesterday weighing it down, and leads readers to an ending they won't soon forget.  I really enjoyed this one and the containment of the wink-wink scenes to a few pages here and there as opposed to chapter after chapter, made this one my most favorite yet of The Sullivans series.  I really enjoyed getting to know yet another member of their fabulously handsome, caring, and giving clan...even if their family time was kept to a minimum.  (Aww, I miss the rest of the family!)  If you like your reads with heart, romance, and a fairly volatile dose of heat, this one is definitely for you.  Or perhaps you're like me and you don't need the intensely close situations to make your story, there's still enough of a story to keep you both entertained and committed to the page.  Brava to the author indeed!

ARC for review courtesy of Liz at Meryl L. Moss Media Relations, Inc.  (THANKS!)  For more information on this title as well as their other promotions, be sure to check out their official site, visit them over on BookTrib or follow along on Twitter....and don't forget to check out the other stops on the tour including today's second stop over at Bookish Brunette!  To check out more from the mind behind the series, stop by the author's official site, like her on Facebook, or follow her on Twitter.  This title was first released in print format just this month via Harlequin MIRA and should be available on a bookstore shelf near you.  Don't forget!  Book 1 and book 2 are both out now...(Just click the titles over there to be swept away to my previous reviews.)...and I was just scoping out the website and guess what I read?  There's more still to come!  October 2013, a special holiday add in, Kissing Under the Mistletoe, and the fourth book in the series telling Sophie's story, I Only Have Eyes For You.  November 2013,  Zach's life comes to the pages in, If You Were Mine.  *adds to wish list*

Loving your description of bow-chica-wow-wow.